Love him or hate him, Dan Brown has had an outsized impact on Anglophone pop culture since his breakout novel, The Da Vinci Code (2003) was released 16 years ago. Harvard Professor of Religious Symbology Robert Langdon burst onto the scene like an apres-garde Indiana Jones and gave a generation of readers and filmgoers a slightly dubious lesson in religious history. Since then, things like the Malthusian Tragic (Thomas Robert Malthus—the population growth alarmist who bears a striking philosophical resemblance to Marvel’s Thanos—figures prominently in Da Vinci’s 2013 follow-up, Inferno) and The Gnostic Gospels (a series of Coptic texts that present a portrait of Jesus Christ that diverges sometimes radically from the four canonical gospels) have become (comparatively) common nodes in the cultural consciousness.

In some way, the paranoid, conspiratorial methodology used by Langdon in his ‘symbological’ quests could even be said to prefigure the current cultural moment—one in which the line between rational inquiry and conspiracy theory has become increasingly blurry. Laying too much of that at Dan Brown’s feet is probably unreasonable, but it should give some sense of the uncanny fidelity with which his novels reflect a particular time, place, and mode of thought. The Cold War era had Ian Fleming’s James Bond, and the post-Soviet world has Robert Langdon.

Of course, none of this would be worth saying if Dan Brown weren’t good at his job as a storyteller. His ability to craft an absorbing narrative is what drew people to The Da Vinci Code, and kept them coming back for more (or, more accurately, digging deeper into his back catalogue, where the late-blooming Angels and Demons (2000) was waiting). So, maybe we shouldn’t be surprised that his advice on how to write stories is… pretty good?

In his recent online tutorial on MasterClass, Brown laid out his rules for writing, which he calls the “Three C’s:” contract, clock, and crucible. Full disclosure, I haven’t taken the class, but based on his explanations in interviews they seem like a reasonable blueprint. The contract, for instance, he describes as “the promises made to the reader that have to be kept, so earn readers’ trust.” This isn’t anything to write home about, but it does jibe with such seminal works of Western literary criticism as Aristotle’s Poetics (335 BC), which outlines the ways in which early Greek playwrights used the moral status of the principal characters relative to that of the audience as a way of explicitly developing expectations. If the hero is (or at least appears to be) superior to the audience (like, say, Oedipus), he’s headed towards tragedy. On the other hand, a “lower” focal character signifies a comedy—pretty much the same way that whoever saves the cat in the first few minutes of a movie is going to be the hero.

Slightly more interesting than “the contract” is “the clock,” which Brown describes this way:

“The idea of a ticking clock: you go back to even something as gentle as The Bridges of Madison County (1992). Her husband’s coming back in a few days and these two people have got to figure out if they’re going to be together. If they met in a town and there’s no husband coming back, and there’s no ticking clock, it’s not an interesting book.”

On the surface this basically boils down to, “plots need dramatic tension,” but if we examine it a little more closely we can see some additional depth. In her groundbreaking work of literary criticism Eros the Bittersweet (1986), the poet and classicist Anne Carson describes the mechanisms for creating tension in early novels and romances. She says, to summarize over-broadly, that we know, as readers, what the world of the book ought to look like by time we reach the final page. For romances, e.g., we know that the leads ought to be happily married—which means that we know that all of the many obstacles to that happy marriage have to be somehow dealt with and removed, even though (if the novel is successful at creating the requisite illusion), we believe so strongly in the reality of those obstacles that we can’t see how they’ll be possibly be overcome. 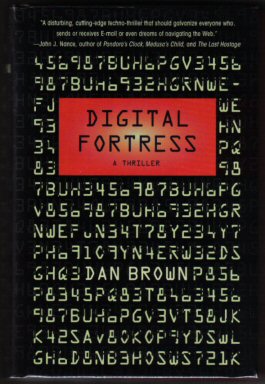 This pleasurable tension—between “is” and “ought”—is where the imaginative work of reading lives. In the Iliad (800 BC), we know that Troy has to fall, and we know that Achilles will meet his tragic end—but since he refuses to fight, our certainty is held at arm’s length and temporarily thwarted. When Sherlock Holmes takes on a case, we know that he’ll figure it out within about 30 pages, but we can only speculate about how his various deductions will play out. There isn’t always a literal ticking clock, but we know that at some point in the future things will come to a head, and “the inevitable” (to crib a little bit more from Aristotle) “will become possible.”

Finally, there’s the crucible. The time has run out, and the characters are forced to act. Dan Brown describes the concept in terms of Jaws (1974): “If you look at the end of Jaws, you’ve got these people sinking on a boat and a shark’s coming toward them. The ocean’s their crucible: they can’t go anywhere, they have to deal with the problem.” This is, in some ways, an extension of the clock—since it’s in the nature of clocks to eventually strike the hour. But it also signals something more. As the writer Amy Leach said, “There is no ladder out of any world; each world is rimless.” Even Hamlet, the literary prince of inactivity, finds at the end of his story that he can’t delay action any longer—that there is no escape from his predicament that doesn’t require him to act. Likewise for Dan Brown’s heroes: the mental, interpretive work of understanding symbols and signs can’t go on for ever. Eventually a showdown has to occur.

The French philosopher Gaston Bachelard (being paraphrased by the poet Mary Ruefle), says, "We begin in admiration and we end by organizing our disappointment." Ruefle, anyway, is speaking of first lines of poems. But Dan Brown offers us a reversal: the clock seems, in retrospect, to be engineered to count backwards from the crucible. Like so many action movies and adventure novels, the final set piece is the proverbial fruit from which the rest of the tree must be imagined. This, at last, might be why something like The Da Vinci Code is so satisfying: the puzzles, the symbols, and the codes really are meant to bring us somewhere. Brown has been accused of being “a lousy storyteller” but “a very good communicator,” but maybe we’re wrong to make him choose one over the other.