David Macaulay: A Mind To Be Reckoned With

From the time he was a child, David Macaulay evidenced a fascination with how machines operated. He soon began to make models of machines and began drawing illustrations of these machines. Soon he was constructing elevators out of shoe boxes, tape, and string and devising intricate systems of moving cable cars made with empty thread spools. 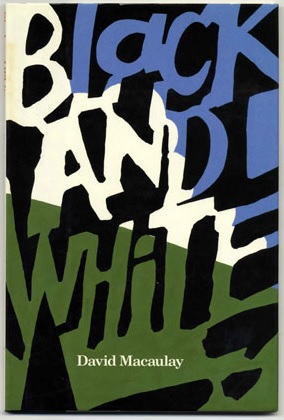 Macaulay attended the Rhode Island School of Design (RISD) and received a bachelor's degree in architecture. After deciding not to pursue a career in architecture he took a fifth year and studied in Rome. Then he took jobs as an interior designer, a junior high school teacher, and as a teacher at RISD before he began creating books.

Throughout his books, you'll find evidence of his whimsical sense of humor. For example, you'll find cave people and woolly mammoths operating giant-sized versions of what he's explaining in The Way Things Work. After the worldwide exhibition of the King Tut relics he wrote Motel of the Mysteries that concerns the discovery of an American motel by future archaeologists and how through an ingenious interpretation of the building and its contents it is decided this must have been a funerary and temple complex. In Baaaa the human race has gone extinct. Sheep discover artifacts of the lost human civilization and try to rebuild it. This sheep-led world develops the same economic disparity, crime, and war as the now extinct human version.

Macaulay considers concealing technology's inner mechanics to be a growing problem for society and fights this trend with his work. In 1991 he received the Caldecott Medal for Black and White (1990). This work is described as a postmodern picture book but upon publication, it received mixed reviews.

What follows is a discussion of this book because it was a significant shift in how picture books were viewed, and it is quite different from Macaulay’s better known works about how things work.

Black and White tells four overlapping stories, each drawn in a distinct visual style. There is a story about a boy alone on a train trip, Seeing Things. Another story is about siblings whose parents behave oddly one night, Problem Parents. The third story is about people waiting for a train, A Waiting Game. And the fourth story is about cows escaping their field and then returning to it, Udder Chaos.

The idea of creating a book about journeys came to Macaulay in the 1980s and here he combined several unrelated sketches to form the four stories of this book. The design of the book is intended to be interpreted in a number of different ways, and readers who seek a simple narrative to absorb without too much thought are likely to be frustrated. Text and pictures here both complement each other and provide a sense of tension as they are sometimes in opposition to each other.

Seeing Things is about a boy on a train trip to reunite with his parents. At one point he is joined by an old woman that illustrations suggest could be a robber from Udder Chaos. The train stops unexpectedly and the boy sees what appear to be boulders blocking the tracks. Surprisingly, these boulders move out of the way. Later he is again awakened, this time by singing. What appears to be snow is actually torn up newspaper. He notes what are described as strange creatures standing near the train who are singing and tearing up the newspaper. The train continues, the boy goes back to sleep and is awakened in time to be reunited with his parents.

A brother and sister are featured in Problem Parents. Their story is narrated by the sister. The parents are observers of careful routine. But one night the children and their dog notice the parents are not themselves because they return home wearing newspaper costumes and singing. The parents then dress the children in newspaper. The brother joins in and the sister is horrified when it is suggested they go to dinner in the newspaper costumes. They leave the costumes at home and the narrator admits the experience was fun. But she found the parents' antics exhausting and she overlooks her homework to go straight to bed.

The only text in the story A Waiting Game consists of loudspeaker announcements in a train station. Everyone waiting for the train finishes reading their newspapers and become bored. One passenger is applauded after making a triangle hat out of the newspaper. Soon they are all making costume parts from the newspapers. The torn newspaper is tossed in the air when the train arrives. There are two characters left when the train leaves the station, the station master cleaning up the newspaper mess and a robber.

The fourth story is Udder Chaos, and the text describes what happens if Holstein cows escape their field. However, the illustrations show the movements of a robber who is dressed in black and white stripes and a black mask. He hides among the cows and then among a choir passing by. Then he again hides among the cows, who then stop the progress of a train. By the end, the robber has disappeared and the cows return home to be milked.

The book does not provide an explanation of the ways the stories overlap. It's up to the reader to discern those relationships. The reader is set up to interact with the writing and illustrations. The title page of the book tells readers to carefully inspect the different stories. The writing is passive voice, encouraging readers to assume agency over the stories.

The number of stories and their intersections are determined by readers' analysis of the illustrations. The stories can be read in any order or combination and can perhaps be best understood when read nonlinearly. Macaulay says it's not necessary to think in straight lines to make sense. The illustrations add further elements to the story. For example, while there is a mask on nearly every page, the word does not appear at all in the text. This kind of complexity suggests Black and White could be enjoyed by traditional picture book readers as well as older children and teens, and adults. Teachers may feel the complexity is too much for children, but children enjoy the book because of its complexity.

David Macaulay received a MacArthur Fellowship in 2006. These grants are given to encourage people of outstanding talent to pursue their own creative, intellectual, and professional inclinations. Superb design, magnificent illustrations, and clearly presented information distinguish all his work. He emphasizes how important it is for artists to draw, sketch, and create work about their observations of everyday life. He says if you stop looking at the world around you, you're never going to be able to make a difference because you won't notice when things change. To have some control over the world in which we live, you have to pay attention to it.