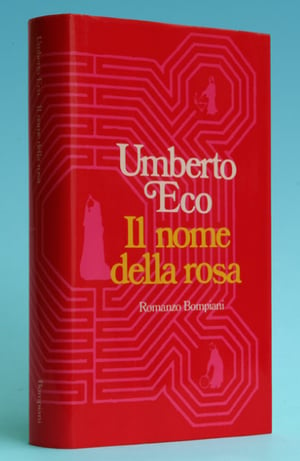 The ways in which the term “first edition” and its associated worth have made it into popular parlance has never been more evident, perhaps, than in a trailer for the film The Boy Next Door (2015), starring Jennifer Lopez. No, we’re not recommending the movie to you, and we haven’t even seen it ourselves. To be honest, we couldn’t even tell you the genre it falls into—maybe a thriller? At any rate, what was so comically incredible about this scene we’re referring to is that one of the characters (played by Ryan Guzman) tells another character (played by Jennifer Lopez) that he bought her a “first edition” of The Iliad. He hands her an alleged rare book, and the Lopez character says, “Oh my God, is this a first edition? I can’t accept this. It must have cost a fortune.” The Guzman character replies, “it was a buck at a garage sale.”

To clarify, The Iliad was likely composed in 700 B.C., and it certainly didn’t appear in hardcover book format. The printing press wasn’t invented until the 15th century, and even then, the object that appears in the movie isn’t from the mid-1400s. When it comes to The Iliad, the oldest written text we currently know about is from the 10th century, and the epic poem became more widely available to English-language readers in the 17th century. We’re certainly not the first ones to poke fun at this scene. A quick Google search will reveal all kinds of jokes about it. But what we do want to emphasize is that it reveals the assumed value, but also the confusion surrounding, the alleged “first edition.”

So What Is a First Edition?

A first edition is a term that refers to the first set of copies of a book issued from the same type by a publisher. For many more modern books, there are a number of printings associated with the first edition. This means that the publisher printed an initial number of books in the first printing from the same type, and then later on printed more books from that same type. To be clear, the term “edition” is different from a “printing.”

So, for example, the type might get set for a new book that was set to be published in January 1960. That month, let’s say the publisher prints 500 copies of the book to be sold, expecting that it might not do very well. That’s the first time the book is ever printed. That January 1960 printing might be described as a “first printing” of the “first edition.” If a bookseller is offering one of those copies for sale, you might see it described as “first edition, first printing.” Then, maybe the book sells out after a few weeks and consumers want more. So the publisher has another run of the first edition printed in February 1960. This would be the “second printing” of the first edition, and so on and so forth. Many publishers will have information about the printings on the copyright page of the book. As such, if you see any language that refers to when a first printing occurred in relation to the book you’re holding, or to a subsequent printing, you probably do not have a first printing of a first edition.

Let’s take Mikhail Bulgakov’s novel The Master and Margarita as a case study. He wrote the novel while living in Moscow between 1928 and 1940. The novel’s first publication wasn’t actually in book form. It first appeared in printed form, highly censored, in two parts in Москва [Moscow], in 1966 and 1967. The novel was printed as a book in Paris by YMCA Press in 1967, in Russian. For most collectors or modern Russian literature enthusiasts, this YMCA Press edition is typically considered to be the “first edition.” Yet a number of presses have published their own first editions of the novel, many of which are quite collectible. Also in 1967, Collins and Harvill Press in London published the first U.K. edition, translated into English by Michael Glenny. Around the same time, a Grove Press in the U.S. published a first edition translated by Mirra Ginsburg, while Harper & Row, also in New York, published a U.S. first edition of the Michael Glenny translation. They each have wildly different book jackets and are easily recognizable. Since then, other publishers have produced their own first editions of new translations, in a wide variety of languages. 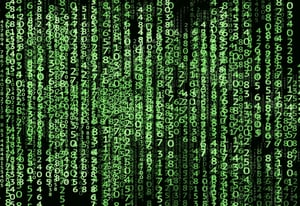 Identifying a First Edition (and Subsequent Editions and Printings)

If you have a book that was made prior to the advent of the printing press, it goes without saying that you won’t be able to refer to the copyright page or title page for information that can help you to glean whether you have a first edition. But let’s assume you have a printed book, and you’re trying to figure out whether it’s a first edition.

You should get started on the copyright page. However, we want to be clear up front that it’s often pretty complicated to figure out whether you have a first printing of a first edition since publishers use a wide range of strategies to identify a book. Indeed, one publisher’s method for identifying a first printing of a first edition could look entirely different from another publisher’s method. Sometimes a publisher will expressly print “FIRST EDITION” and “FIRST PRINTING.” Great, right? Usually you can trust that information, but just because a publisher printed that information might not mean that you have a true first edition, of course. And in some rare cases, this language doesn’t even properly identify the publisher’s actual first printing of its first edition. To help you get started, we’ll tell you about some of the most common methods for identifying the print run and the edition of a book. Yet you may need to bring in an expert if you have a particularly tricky copy.

So let’s return to that copyright page. For most printed books, the copyright page appears on the verso (the back of) the book’s title page. The copyright date of the book will often tell you whether or not you have a first edition from that publisher but, of course, may not provide you with any information to help you learn whether you have a true first edition. To determine whether you have a true first edition, you’ll likely need to do some research into the book to find out more about when and where it was first published.

In terms of identifying the first printing, or the printing run, you might see a line of numbers on the copyright page, underneath the copyright mark, that can help you. To be sure, some publishers use a numbering system (also known as a number line or a line sequence) to indicate the edition and printing of the book (i.e., whether it is a first edition, and whether it is a first, second, third, etc. printing of the book). If there’s a number line, the first number will typically be indicative of the printing. So, the lowest listed, and usually the first, number will be the printing you have. If you see a number line that reads, for example: “03 04 05 06 07 08 09 10 . . .,” or “3 4 5 6 7 8 9 10,” then you most likely have a third printing of the first edition. If you see a “1” at the start of this line, you probably have a first printing. This method was used most widely by publishers after World War II.

In the decades that followed, many publishers began putting the year of the subsequent printing first on this line. Accordingly, a number line that begins with “82 83 84” indicates the year of a subsequent printing—this example would denote a subsequent printing of the book in 1982. If there were multiple printings of the book in 1982, the publisher might have followed the number line of years with a backward-counting line of printings. So, if you see “82 83 84 10 9 8 7 6 5 4 3,” you have a third printing that was part of a run of printings in 1982. Some publishers, especially those printing books before World War II, used a letter row instead of a number row. So, an “A” would indicate a first printing, a “B” would indicate a second printing, and so on.

To add more to the confusion, sometimes publishers indicate a first printing of a first edition not by printing “first edition,” but rather by printing something like “first published” or “first impression.” Sometimes dust jackets can provide you with information about the edition you have, but you should also be aware that it’s quite easy to put a first edition jacket on a subsequent edition of a book.

All of this information represents only the start of the process of investigating whether you have a true first edition of a book, or whether you have a first printing of a publisher’s first edition. If you need help, you should consult an expert. If you’re not looking to sell the book but simply want some more information about it, a rare bookseller who specializes in the particular author or type of book you have might be able to help you locate the information you’re seeking.