Doris Lessing and the Power of Life-Long Learning

Nobel laureate, Doris Lessing, is one of the great literary minds of the twenty-first century. Lessing's genius is undeniable: her writing merges staggering quantity with incredible quality. Perhaps what makes Doris Lessing such an interesting study, though, is the unique way in which she garnered the insights, lessons, and beliefs which seep into her writing. 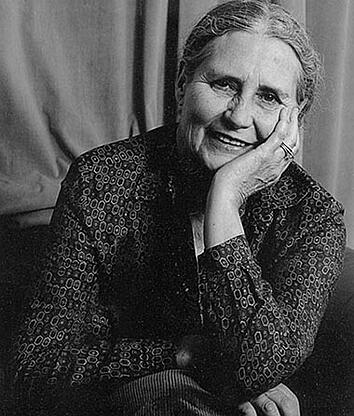 By society’s standards, Lessing had very little formal education. When her family moved to modern day Zimbabwe, her mother enrolled her in the most strict and structured educational program in the area. Lessing attended Dominican Convent High School but dropped out at age thirteen. Her formal schooling ended almost before her teenage years began.

Lessing refused to be contained - not by a school, not by societal standards, and not by labels of any sort. She wrote about education in her renowned work The Golden Notebook, asserting that students should be told, “We have not yet evolved a system of education that is not a system of indoctrination…Those of you who are more robust and individual than others will be encouraged to leave and find ways of educating yourself — educating your own judgements. Those that stay must remember, always, and all the time, that they are being moulded and patterned to fit into the narrow and particular needs of this particular society.”

Clearly, Lessing pushed back against an education system that she thought restrained the growth of her mind and the minds of young people everywhere. Instead, she herself models the benefits of a more unorthodox form of education. Lessing demonstrates that learning, as a life-long, constantly evolving experience, can be incredibly fruitful.

At a young age, she read everything she could get her hands on and soaked up the stories and experiences of those around her - from her father’s war histories to her employer’s sociological and political literature. She used what she learned to escape into fantasies and diminish the harshness of her reality. And later, she crafted many semi-biographical works based on her individual worldview.

While some champion her as a feminist or a politicist or a religionist, Lessing argues in a article for The Guardian that “any kind of single-mindedness, narrowness, obsession, was bound to lead to mental disorder, if not madness.” Lessing rejected labels of any sort. 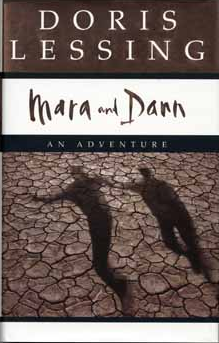 For that reason, Lessing’s views and beliefs were ever-changing. She constantly broke new ground as she learned and grew as an individual. Similarly, her writing spans numerous genres - from mainstream novels to science fiction, to graphic novels.

In Lessing’s futuristic tale, Mara and Dann, her title heroine exemplifies Lessing’s own continuous quest for knowledge. Mara constantly probes and pries, looking to answer fundamental questions about her life and her environment.

Lessing was awarded the 2007 Nobel Prize in Literature as "that epicist of the female experience, who with scepticism, fire and visionary power has subjected a divided civilisation to scrutiny." Doris Lessing wasn’t afraid to push the envelope - to try something different and new - despite what others said of her or of the finished product. In short, she refused to be controlled by a set of arbitrary standards. She remained a life-long learner and became source of knowledge for us all.