Pulitzer Prize-winning American novelist, Edith Warton was born on January 24, 1862 into the family of George Frederic Jones and Lucretia Stevens Rhinelander in New York City. Her family was incredibly wealthy and was said to have been the family upon which the phrase “Keeping up with the Joneses” originated. As a result of this wealth, Wharton enjoyed a privileged upbringing and traveled extensively throughout Europe a member of Society at every turn, this led to a writing style which through its use of dramatic irony was supremely critical of the upper class and its way of life. This style is represented most evidently in her most famous works, The House of Mirth (1905), and The Age of Innocence (1920).

Wharton was incredibly well rounded in her life and work. In addition to multiple novels, several anthologies of poetry, and over 85 short stories she was also an accomplished garden designer, interior designer, and architecturally based “taste-maker” of the time period. This is evidenced in both her 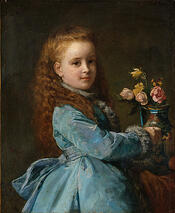 nonfiction works such as The Decoration of Houses (1897) as well as the construction and decoration of her home known as “The Mount” her estate in Lenox, Massachusetts. The home has been preserved as an example of her design principles and is today a historic landmark.

This diversification is even more impressive for the fact that Wharton was mostly self-educated; as a result of her place in society little was expected from her beyond marrying a proper gentleman. Yet she was the first women to receive the Pulitzer Prize, to receive an honorary Doctorate of Letters from Yale University, and to receive full membership in the American Academy of Arts and Letters.

It is interesting to note that despite her extraordinary success and historical importance, Wharton would have been viewed by many of her 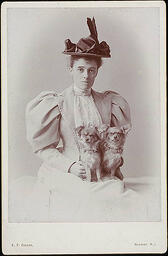 society contemporaries as a failure, with her marriage to her Edward (Teddy) Robins Wharton ending in 1913. Following the end of her marriage, Wharton traveled to Europe. During World War I, she lived in Paris where she would make herself useful in charitable efforts to aid refugees of the war.

After the war was over, Wharton returned to the countryside of France to continue writing. She returned to the United States only one more time – to receive her honorary doctorate from Yale University – before her death in 1937. She died of a stroke at the domaine Le Pavillon Colombe, her eighteenth-century house on what was then Rue de Montmorency and has since been renamed rue Edith Wharton.

Edith Wharton's many accomplishments and extensive output have made her a popular focus for rare book collectors. You may focus on collecting her entire body of work, or on single title with numerous editions, such as The Age of Innocence or Ethan Frome. Wharton also finds her way into collections of Pulitzer Prize winners or nineteenth-century American authors.