Henry David Thoreau would no doubt bristle at anyone questioning his credentials as the ultimate writerly recluse. His magnum opus, Walden (1854), presents a grand, philosophical vision of doing without and living a simple, self-reliant existence, far from the comforts of civilization. As Kathryn Schulz’s recent New Yorker article points out, however, the impression of seclusion the heralded poet tries to convey is not entirely accurate. Not only did Thoreau spend less than two years in his cabin on Walden Pond, said cabin could hardly be described as remote. Walden Pond itself was a popular spot for vacationers and picnickers and was thus crawling with people in the summer months. The cabin was a short walk to Thoreau’s mother’s house, which he visited as often as once a week for tea and home cooked snacks. To put it briefly, Emily Dickinson puts this man to shame.

The lesson Thoreau’s posturing demonstrates for the attentive cultural consumer is twofold. It shows us, first, that romanticizing reclusive writers is hardly a new phenomenon, and, second, that not all literary recluses are created equal. Indeed, we can construct a spectrum that traces the depth of a writer’s solitude—ranging from the low-level seclusion first encountered on Walden Pond to the complete and utter mystery that surrounds Thomas Pynchon (a man of whom we have only two photographs and essentially zero in-person sightings). The depth of reclusiveness, of course, does not tell the full story. Rather, there are, in one sense, three distinct types of reclusive writers. The first type comprises writers who are reclusive because of their writing, and the second is the reverse: those who write from some sort of antisocial impulse. The third category is a little less well defined. For now, we’ll just call it ‘Emily Dickinson’.

Writers Who Are Reclusive Because of Their Writing

The first group, those who shut themselves off from society after their best known works were penned, hosts a number of classic examples. Naturally, this is where we would place J.D. Salinger, who famously had his picture removed from the back cover of Catcher in the Rye (1951) as part of a grand strategy to escape his celebrity status. Salinger, however, was not the only famous writer who felt compelled to cut himself off from the world. By the ends of their respective lives, both William Faulkner and Hunter S. Thompson had ensconced themselves within the walls of their mansions, shunning the public lives they had led up to that point. The same aversion to the public proved to be a career-killer for Harper Lee, who, Go Set a Watchman (2015) not withstanding, wrote and published nothing after her masterpiece To Kill a Mockingbird (1960).

Writers Who Are Reclusive Because of Their Distaste for Society 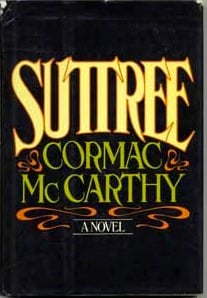 The second group may be smaller, but it has its share of noteworthy writers. Philip Larkin, for instance, remains one of England’s best loved poets for displaying what often amounted to a sort of beautifully crafted misanthropy (one of his most famous verses begins, ‘They f*ck you up, your mum and dad’). While his day job as a librarian may disqualify him as a recluse in the strict sense, he was deeply averse to teaching and public speaking, and was rumored to have only one chair in his house, so that anyone desiring to drop by for tea would have nowhere to sit and be forced to leave. That fact alone warrants him certain consideration for this list. Similar things might be said for William Gaddis and Suttree (1979) author Cormac McCarthy whose novels paint stark, bittersweet portraits of a world borne of violence, idiocy, or both. All three of these authors seemed to spurn public life and write for overlapping sets of reasons—a deep and abiding distrust of the social bonds on which the world seems to found itself.

The third category is smaller still. If it weren’t named for Emily Dickinson, it could perhaps be named for Marcel Proust, but few others qualify (especially given the impossibility of accurately categorizing Thomas Pynchon). Born in Amherst, Massachusetts, Emily Dickinson refused to leave her home (and eventually even her bedroom) for the vast majority of her 55 years. Thought of as an eccentric, she was known to refuse to greet visitors at her home, and to drop baskets from her window in order to accept packages. Though she had some close friendships, they were largely developed through extensive postal correspondences, rather than with face-to-face interactions. Despite these facts, Dickinson wrote convincingly of love, passion, death, and the divine and did so with a radical poetic style that would come to redefine the course of American poetry. In Dickinson, readers can access a poetic mind so agile that the world outside her poems was simply unnecessary. She found and preserved microcosms of the grandiosity of human life within the confines or her tiny New England home—in that way proving, as many reclusive authors fail to do, that we need her more than she needs us.

With Proust it was very much the same. He was a virtual invalid for much of his life, and as such developed a sort of agoraphobia. Rarely leaving his house (or even his bed), he turned inward, creating, with In Search of Lost Time (1988), a profoundly introspective masterwork. Dickinson’s work, on the other hand, despite its creation by an extreme introvert, often favors the outward- over the inward-facing. Though she never met her readers or really anyone else, she seems to know us better than we ourselves ever can. Her story may not represent the origin of the romantic vision of the reclusive writer, but her life is its apex, a portrait of the artist as someone who truly makes something from (next to) nothing.