On February 15, 1805, Georg Rapp and his followers formally established the Harmony Society in the United States. With roots in Germany, the religious group eventually came to dominate the economy of Pittsburgh and the Ohio River Valley. The Harmony Society's long history also intersects with those of Peter Kaufmann and Robert Owen.

A Separation from the Lutheran Church

Johann Georg Rapp was born on November 1, 1757 in Iptingen, Germany. Known as a "bright but stubborn child," Rapp resisted the prevailing theology of Lutheranism. He refused to attend services or 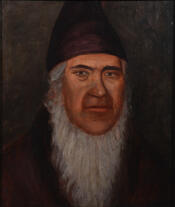 take communion. Yet he was deeply religious and began preaching, first privately and then more openly. As Rapp drew more followers, the local government grew increasingly concerned about rebellion. That finally came in 1785, in the form of an official split with the Lutheran church. Rapp was immediately banned from preaching, to no avail. He continued to attract new followers,and by the end late 1790's, they numbered above 12,000.

In 1798, Rapp and his followers issued the Lomersheimer declaration and presented it to the Wurttenberg legislature. The group, by now often called Rappites, declared their intention to meet privately in members' homes and to form a separate congregation free from Lutheran doctrine. The declaration also included a statement of faith. Rapp's congregation believed that baptism should be done only when individuals could decide from themselves, and that confirmation was unnecessary. They also asserted that confession and communion should be performed only a few times per year. While the group supported civil government, they would provide no physical support (eg, military service) and chose to educate children at home, rather than in Lutheran schools.

At first, the government didn't directly antagonize Rapp and his followers, who were considered Separatists. But in 1802, Rapp was summoned for interrogation at Maulbronn. He would be released from prison the following year. Around the same time, the government began persecuting Rapp's congregation members. Rapp exhorted his followers to pool their resources and follow him to "the land of Israel," that is, America. He and a few others went to the United States on a mission to find land and establish a community.

A New Chapter in the New World

Finally, on February 15, 1805, the newcomers signed the Harmony Society into existence and officially established Harmony, Pennsylvania. The members of Harmony agreed to hold all their property in common fund. They had working capital of about $23,000, which they used for livestock, land, tools, and other supplies to get started. The group were called Harmonites, Harmonists, or Rappites. 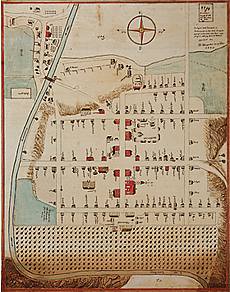 The Harmony Society were Millennialistsmeaning that they believed the Second Coming of Christ would usher in a thousand years of peace and prosperity. They also believed that the Second Coming would occur during their lifetimes and strived to live their lives as purely as possible. Thus, they gave up tobacco and, starting in 1807, advocated celibacy. Marriages and births in the group steadily declined as a result.

The Harmony Society soon outgrew its space, and they were landlocked. They petitioned the US government for help with relocation, but the bill failed in the House of Representatives. Left to their own devices, the Harmonists eventually found land in Indiana territory. The new settlement attracted a significant number of new followers, many of them recent emigres from Germany. In 1816, the Harmony  Society also began talks with the Shakers to merge the two communities, but were thwarted by religious differences.

The community thrived throughout the 1820's, but its manufacturing capacity was constrained. Meanwhile, their abolitionist stance didn't sit well with nearby slavery supporters in Kentucky. Again, it was time to move. On January 3, 1825 the Harmony Society sold its land to Robert Owen, who changed the community's name to New Harmony. Owen was a noted industrialist and social reformer from had made great strides on a number of social issues in England. He undertook New Harmony as an experiment, but the community failed within two years. 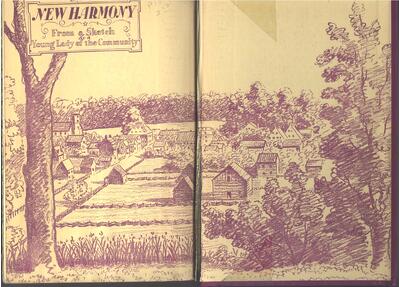 Unlike other similar communities, Owen brought together a wide range of people in New Harmony. He admitted the community was "a heterogeneous collection of radicals, enthusiasts, devotees to principle, honest latitudinarians, and lazy theorists, with a sprinkling of unprincipled sharpers thrown in." One member, Josiah Warren, said that the society was doomed to fail from the start; "we had a world in miniature--we had enacted the French revolution over again with despairing hearts instead of corpses as a result...It appeared that it was nature's own inherent law of diversity that had conquered us." Warren would go on to become the original theorist of American individualist anarchy.

Meanwhile the Harmony Society had landed outside of Pittsburg. They christened the new community "Economy," after the Divine Economy, "a city in which God would dwell among men." The new location presented plenty of opportunity for manufacturing and industry, and soon the community dominated trade 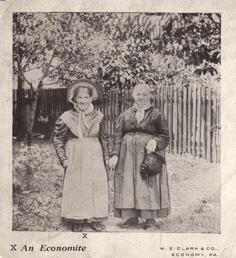 in Pittsburgh and along the Ohio River. The group was so successful that its competitors claimed the Harmony Society had established a monopoly and petitioned the government to dissolve the organization. Nevertheless, Economy was a prosperous town, with a brewery, a distillery, and a winery. Residents also pioneered silk manufacture in the United States.

Even this community wasn't immune to disagreements and divisions, however. In 1832, Bernard Muller (who called himself the Count de Leon) arrived from Germany with a group of forty followers. They intended to join the community. But Muller's theology didn't fit with Rapp's. and the group experienced a schism. About 250 members--mostly younger, single people who didn't find celibacy appealing--pulled away from the Harmony Society. They agreed to give some land to Muller and his followers.

One of Rapp's most enthusiastic followers was Peter Kaufmann. He signed the Harmony Society's revised constitution before leaving to found his own Rappite offshoot community. Kaufman established the Society of United Germans and the town of Teutonia, Ohio. He corresponded with Rapp about the community's success. But in 1831, Kaufmann had a change of heart. He left Teutonia, and the community failed almost immediately after his departure.

Kaufmann settled in Canton, Ohio, where he soon became an intellectual force in the community. He came to be associated with the Ohio Hegelians,  American philosophers who subscribed to the philosophy of GWF Hegel. He published The Temple of Truth, or the Science of Ever-Progressive Knowledge (1858) simultaneously in English and German.

Though members like Kaufmann would come and go throughout the life of the Harmony Society, the community prospered until it was finally dissolved in 1905. The community represents one of the most successful attempts at building and maintaining a utopian society.