Ezra Pound: A Poet of the Lost Generation

When Modernist ideals and styles began to flourish among English and American poets during the 1910s and 1920s, Ezra Pound was at the forefront of the movement. As an American expatriate to Europe, he has been credited with creating a bridge between the two continents that helped global poetic trends to shift and merge together. Critics also claim that Pound created the definitive examples of what a Modernist poem should look like. 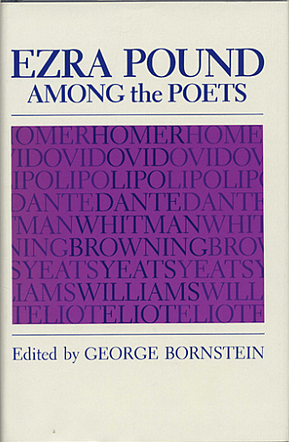 Today we celebrate the birth of Pound, which took place exactly 128 years ago on October 30, 1885, in Hailey, Idaho. He was the only child of Homer Loomis Pound and Isabel Weston. Unsatisfied with her life in Idaho, Pound’s mother moved the family to Pennsylvania when he was 18 months old.

Pound attended several schools during his adolescence, most of which stressed the importance of submission and respect for authority. Pound, who had a stubborn and independent streak, did not fit in well at these schools.

Pound discovered his passion for poetry at a young age. His first publication occurred at age 11, when he penned a limerick about politician William Jennings Bryan. The Jenkintown Times-Chronicle ran the poem on November 7, 1896
.

Accepted to the University of Pennsylvania, Pound began his college education at age 15. His ambitions were already firmly locked on poetry, and he accepted no distractions. Pound claimed that his goal was that, by the time he was 30, he “would know more about poetry than any man living,” and he admitted that he “fought every University regulation and every professor who tried to make me learn anything except this, or who bothered me with ‘requirements for degrees.’”

While studying at the University of Pennsylvania, Pound met contemporary poet HD (Hilda Doolittle), with whom he eventually moved to Europe. The couple promoted the Imagism movement among the expatriate society in London. Although Pound proposed to HD, her father did not allow the match.

Pound also befriended and influenced many contemporary writers, including T.S. Eliot, Robert Frost, and James Joyce. (See the "Six Degrees of Ezra Pound" to fully appreciate how Pound was truly the "nexus of the Modernist movement.") As his literary network grew, Pound’s goals shifted away from the self-involved aspirations of his youth. He wrote in a letter to Harriet Monroe that he aimed “to keep alive a certain group of advancing poets” and “to set the arts in their rightful place as the acknowledged guide and lamp of civilization." 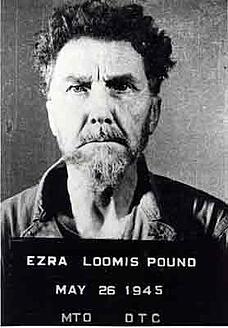 As World War II began, Pound became a controversial figure because he supported Mussolini and embraced a fascist philosophy. He was arrested for treason after broadcasting radio commentaries in 1943 that spoke against Roosevelt and the Jews. Pound was eventually deemed mentally incompetent to stand trial, and he found himself hospitalized until 1958. After his release, he returned to Europe. He lived quietly in Italy until his death in 1972.

Despite Pound’s heavy influence on the literary tides of his time, his own poems varied greatly, ranging from deconstructive language, to expression through brief, simple imagism, to the idealization of classical styles, to an obsession with ancient Japanese verse. His body of work shows a more complex individual than the poster boy for a single movement that lasted only a handful of decades.