Famous Authors Who Wrote Only One Novel

On March 30, 1820, Anna Sewell was born into a devoutly Quaker family. Her mother, Mary Wright Sewell, was a successful children's book author. Sewell was mostly educated at home and did not attend school for the first time until she was twelve years old. Two years later, she seriously injured both ankles in an accident. From then on, Sewell had extremely limited mobility; she required crutches and could never walk great distances. 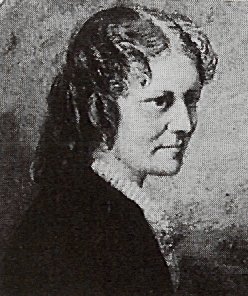 ewell resorted to using horse-drawn carriages for transportation. Soon she fell in love with horses and became deeply concerned about their humane treatment. That concern led her to undertake the children's classic Black Beauty. Sewell undertook the novel not for children, but for those who cared for horses. She said her "special aim [was] to induce kindness, sympathy, and an understanding" toward equines. But when Sewell began the novel in 1871, her health was already failing. At first, she narrated the story to her mother. In 1876, Sewell began writing on small slips of paper, which her mother would then transcribe.

Sewell completed Black Beauty in 1877, only five months before she passed away. She did, however, live long enough to enjoy the book's initial success. Though Sewell finished only one novel during her lifetime, that book has survived as a wonderful literary legacy.

Sewell is one of many legendary authors who managed to publish only a single novel during their lifetime. Here are a couple more examples of such authors. 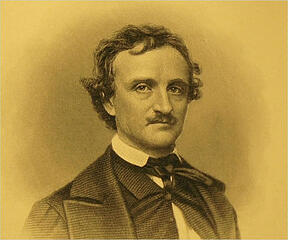 One of the earliest American authors to embrace the short story, Edgar Allan Poe was a master of suspense and horror. He's credited with originating detective fiction and contributing to the evolution of science fiction. A truly prolific author, Poe was the first American author to earn his living (paltry though it sometimes was) through writing. Yet he only wrote one novel: The Narrative of Arthur Gordon Pym of Nantucket (1838). Jules Verne would later write a sequel in 1897 called An Anarctic Mystery, but also known as The Sphinx of the Ice Fields.

Like her sisters, Emily Brontë originally published under a more androgynous pseudonym. When Wuthering Heights was published in 1847, it bore the name of Ellis Bell. The novel met with mixed reviews from critics, who mostly found the book unbelievable and even scandalous. In a later edition, Charlotte Brontë wrote a preface to the novel, defending her sister's work. Unfortunately Emily would not survive to write another masterpiece; she died of tuberculosis only a year after Wuthering Heights was published.

Oscar Wilde wrote plenty of plays and poetry, but The Picture of Dorian Gray (1890) would be his only novel. It didn't win Wilde any friends with literary critics, who called the novel everything from "effeminate" to "unclean." Always eager to please, Wilde revised the novel but directed the rest of his energies to plays and poetry. During Wilde's lifetime, he would be best known for these, but it was Dorian Gray that earned Wilde a place in the literary canon.

Margaret Mitchell had never wanted to publish a novel, but then a colleague expressed doubt that Mitchell could accomplish such a feat. Gone with the Wind was published in 1936, propelling Mitchell to the exact kind of fame she had wanted to avoid. She won the Pulitzer Prize for Fiction in 1957.

Gone with the Wind has remained one of the bestselling books of all time. Mitchell, who hated being in the limelight, refused to publish another novel and had little time to reconsider—she died at age 49, after being struck by a car. Her novella Lost Laysen was published posthumously in 1996.

Though Ross Lockridge, Jr. has yet to become a household name, the author received considerable acclaim for his first novel, Raintree County, published in 1948. The book is often considered a Great American Novel, placing Lockridge in the illustrious company of legendary authors like Mark Twain and Ernest Hemingway. Raintree County topped the New York Times bestseller list and was adapted for the silver screen in 1951. But it would be Lockridge's last work; he committed suicide only three months after Raintree County was published. 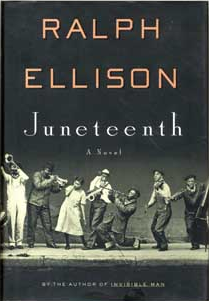 When Ralph Ellison published Invisible Man in 1952, it met with almost immediate acclaim. It won the U.S. National Book Award for Fiction in 1953. Ellison continued to write, hoping to match the success of his debut novel. But in 1967, a fire in his home destroyed Ellison's second manuscript. Ellison persevered, eventually producing a new manuscript that sprawled to over 2,000 pages. After he died, the manuscript was condensed, edited, and published as Juneteenth.

Boris Pasternak is remembered as a titan of twentieth-century poetry. It's no wonder that his attempt at a novel would be nothing short of spectacular—yet Dr. Zhivago (1957) was almost not published at all. The manuscript had to be smuggled out of Russia and published abroad. In 1958, Pasternak was awarded the Nobel Prize in Literature, and his latest novel certainly contributed to the Swedish committee's decision. Unfortunately the Russian government disapproved of Pasternak's perspective, and he was forced to decline the Nobel Prize under threat of punishment.

Since Harper Lee published To Kill a Mockingbird in 1960, it has become one of the most popular and enduring works of American literature. The novel earned the 1961 Pulitzer Prize for Fiction and consistently finds its way onto school reading lists. In 2007, Lee was awarded the Presidential Medal of Freedom for her contribution to letters. Lee published a second novel the year before her death, but circumstances surrounding it are murky at best. Although Go Set a Watchman was marketed by its publisher as a sequel to Lee's magnum opus, we now know it was merely a rough draft for To Kill A Mockingbird.

It's unclear why Lee never published again between Mockingbird and the release of Watchman, though she did spend several years on a novel called The Long Goodbye before abandoning the project. Lee has made another mark on literature thanks to her friendship with Truman Capote, whom she assisted in researching In Cold Blood.

When A Confederacy of Dunces was published in 1980, it earned author John Kennedy Toole a posthumous Pulitzer Prize. The brilliant but troubled Toole had finished the novel much earlier. But the stress of consistent rejections from publishers wore on Toole, as did other aspects of his life. He committed suicide in 1969. The book was published thanks to the hard work of Toole's mother and has since been recognized as an outstanding work of twentieth-century American literature.

Whom are we missing? Share your favorite with us in the comments below, and maybe we'll feature it in a future post!