What kind of text do you imagine when you hear the word memoir? The term might be narrowly defined as a biographical narrative that recounts an important historical event, in a linear chronology, from the viewpoint of a witness. Yet the form that these accounts take also can be experimental, playing with notions of contested memory, witness, and testimony. Holocaust memoirs, perhaps more than most other works of literature connected to a particular moment of political violence, have taught readers about the significance of such texts in redefining the ways we think about history and its indelible effects on the present.

Autobiography and Narratives of Survival

Given the stark violence of the nineteenth and twentieth centuries, survival narratives weren’t new to readers in the years immediately following World War II. Yet the horrors depicted by survivors of Auschwitz and other concentration camps changed the nature of the memoir and marked the Holocaust as a term that would forever disrupt modern ideas of freedom, justice, and the human condition. Indeed, the Holocaust often marks a violent historical fracture in the twentieth century between modernism and the postmodern condition.

In the years immediately following the liberation of the camps and the fall of the Third Reich, writers such as Primo Levi and Elie Wiesel began to record their intimate knowledge of Nazi persecution. Levi, an Italian Jewish writer, was deported from Turin, Italy to Auschwitz in February of 1944. The Soviet army liberated the camp in January of 1945. About a year later, Levi began drafting If This is a Man, an account that was translated as Survival in Auschwitz upon its publication in the United States in 1959. The book depicts the writer’s experiences as a member of the Italian resistance, his arrest, and his internment in Auschwitz. “Auschwitz,” Levi writes at the beginning of the text, “a name without significance for us at the time, but it at least implied some place on this earth.” Proceeding in as linear a fashion as memory allows, Levi constructs a narrative in which he depicts himself as both a witness and a survivor in the notorious death camp.

In 1960, Elie Wiesel now-famous text, Night, introduced readers in America and across the world to the author’s experiences in Auschwitz and Buchenwald. The text has been translated into more than thirty languages, and it has provided readers across the globe with evidence of the inhumanity—perhaps beyond all comprehension—that pervaded the camps. Wiesel was a young boy when Hitler rose to power in Germany, and he was only sixteen years old at the time of the liberation. The fragmentary memories contained within the testimony of Night depict the limits of humanity, but they also remind us of the possibility of beginning again.

For his literary and political work, Wiesel was awarded the Nobel Peace Prize in 1986. The Nobel Committee described Wiesel as “one of the most important spiritual leaders and guides in an age when violence, repression, and racism continue to characterize the world.” Indeed, the Committee continued, “Wiesel is a messenger to mankind; his message is one of peace, atonement, and human dignity.” 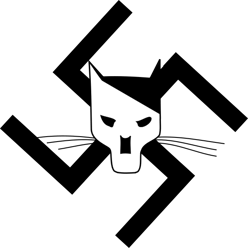 Formal Play and Writing the Self

While Levi and Wiesel began drafting their texts soon after the war ended, other memoirs arose in the decades that followed, pushing the formal boundaries of testimony and witnessing. In 2001, the Feminist Press published Ruth Klüger’s book, Still Alive: A Holocaust Girlhood Remembered. Interspersing fragmentary memories of her experiences in Theresienstadt and Auschwitz with depictions of her intimate knowledge of violence in postwar America and the culture of museumification, Klüger’s text provides a distinct and important vantage point. Who determines the mode of remembrance, she asks? “The museum culture of the camp sites,” she writes, “has been formed by the vagaries and neuroses of our unsorted, collective memory. It is based on a profound superstition, that is, on the belief that the ghosts can be met and kept in their place, where the living ceased to breathe."

In another formal shift, Art Spiegelman depicts his parents’ lives and their survival in graphic-novel form in Maus: A Survivor’s Tale. The author fictionalizes their narratives, in part, by telling them through the characters of cats and mice. The graphic novel traces Spiegelman’s parents—or, rather, mouse versions of them—from Eastern Europe in the mid-1930s and their persecution in Auschwitz—by feline Nazis—to their postwar immigration to New York. Acting as a witness to his father’s testimony, Spiegelman created a memoir unlike most others as he sought to traverse the losses of memory and life inherent in his family’s experiences.

We’ve only described a handful of the remarkable survivor accounts that continue to reshape our perceptions of modern history. Whether you’re reading texts written in English or those in translation, it’s important to keep reading and to develop your own sense of the deep intertwining of literary writing, testimony, and remembrance.