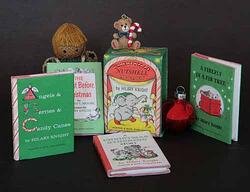 The holidays are fast approaching, and the spirit of the season can be seen everywhere! This time of year, we often turn to favorite books like Clement Clarke Moore's beloved The Night Before Christmas or Hilary Knight's whimsical Christmas Nutshell Library. If you collect Christmas books or books by legendary authors, you may also want to add these tomes to your personal library. Though relatively unknown, these three books delightfully capture the Christmas spirit with all the style and panache one would expect from Charles Dickens, Mark Twain, or JRR Tolkien.

The Haunted Man and the Ghost's Bargain 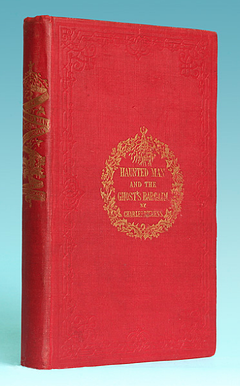 Charles Dickens' most famous Christmas story is undoubtedly A Christmas Carol, but the legendary author actually produced a series of Christmas tales. The Haunted Man and the Ghost's Bargain, first published in 1848, was one of these. Though it was published at Christmas, the story addressed not the holiday itself, but rather the spirit of the holidays as Dickens conceived it. It sold 18,000 copieson the first day of publication, but critics gave it a lukewarm reception and it's been a relatively neglected work in Dickens' canon even though its protagonist anticipates the character Sydney Carton of A Tale of Two Cities.

Dickens first told his friend and biographer John Forster of the idea for The Haunted Man in the summer of 1846, but it wasn't until after Dickens finished Dombey & Son in August 1848 that he seriously turned to the Christmas novella. When it came time for publication, Dickens chose to illustrate the book lavishly, even though this cut into his own profits. Four different illustrators contributed plates. Sir John Tenniel (six plates) was then an up-and-coming illustrator who would go on to celebrity as Lewis Carroll's illustrator. Frank Stone (three plates) had been a friend of Dickens during their days at the Shakespeare Club (1838-1839). Clarkson Stanfield (three plates) and John Leech (five plates) were both regulars to illustrating Dickens' Christmas books. 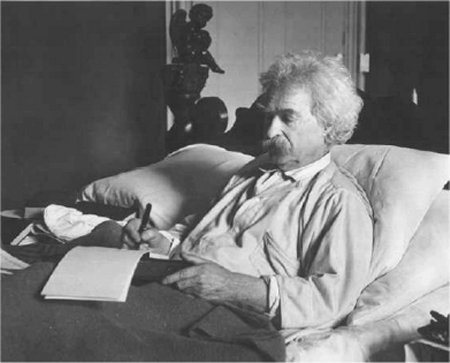 The years of 1874 and 1875 were productive ones for Mark Twain, yielding plenty of fascinating events and correspondence from the author. Perhaps the most whimsical and delightful of these was written on December 24, 1875. Twain, writing as Santa Claus, responds to his daughter Susy's letter. He notes that he was easily able to read Susy's handwriting, but that his limited English required him to obtain help in understanding it. He goes on to concoct an elaborate system by which he can glean details about the "trunk full of doll's clothes" that Susy has requested.

Twain signs the letter "Your loving Santa Claus/Whom people sometimes call/"The Man in the Moon." Many readers find it both fascinating and quaint that Santa Claus would live on the moon, rather than at the North Pole. 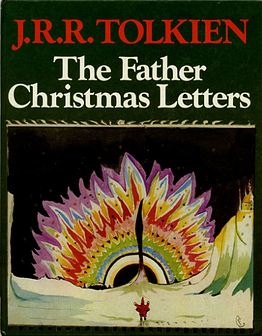 JRR Tolkien's getting plenty of attention this Christmas season, thanks to Peter Jackson's movie adaptation of The Hobbit. But Tolkien collectors and enthusiasts will also appreciate The Father Christmas Letters, a collection of letters Tolkien wrote to his children between 1920 and 1942. The letters were published posthumously and edited by Baillie Tolkien, the wife of Tolkien's son, Christopher. The first edition was published by Allen & Unwin on September 2, 1976, and the Houghton & Mifflin edition followed on October 19, 1976. Though these editions of The Father Christmas Letters included Tolkien's illustrations for most of the letters in the book, some letters had been omitted. These were included in a 1999 edition published under the title Letters from Father Christmas.

Each letter is written from the perspective of either Father Christmas or his elvish secretary and recounts the adventures of the North Pole's inhabitants. One letter details the massive fireworks that cause the Northern Lights, while another tells of a polar bear attacked by goblins. The 1939 letter alludes to World War II, and subsequent letters have been interpreted to illustrate Tolkien's view of the German Menace. Some critics believe that the Father Christmas character was a precursor to the wizard Gandalf in Lord of the Rings, and other episodes of the letter also appear to have inspired events in The Lord of the Rings.