Best known for his children’s books, Chris Van Allsburg is a well-loved author who inspired many young readers through his work. In addition to his two Caldecott Medals, a Caldecott Honor, a nomination for the international Hans Christian Andersen Award, and his contribution to Disney’s The Little Mermaid, Van Allsburg’s work has been adapted into movies and audiobooks, helping his work reach a wider audience. Here are five of our favorite titles. 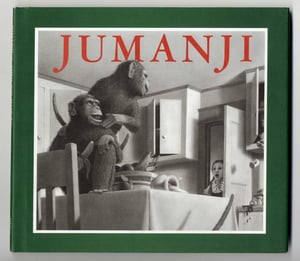 Published in 1981, Jumanji follows the adventure of two children, Judy and Peter Shepherd. When visiting the park while their parents are out, they find a game called Jumanji. They take the game home and find a warning telling them they should not play if they do not intend to finish the game. As they play, the dangers faced in the game appear in their home, only disappearing after the game is completed. In addition to several adaptations, Jumanji received the 1982 Caldecott Medal.

On Christmas Eve, a little boy is woken by a train waiting outside his home. Meeting the conductor, he learns the train is the Polar Express on its way to the North Pole. When they reach their destination, the conductor explains that one of the children on board will be chosen to receive the first Christmas gift of the year from Santa, who chooses the boy. He asks for a bell from the reindeer’s harness but loses the gift on his way home. The next morning his sister finds it wrapped behind the rest of the presents, and they discover only those who truly believe can hear the bell. After its publication in 1985, The Polar Express received the 1986 Caldecott Medal and is considered one of the best picture books of all time for its illustrations and storyline. 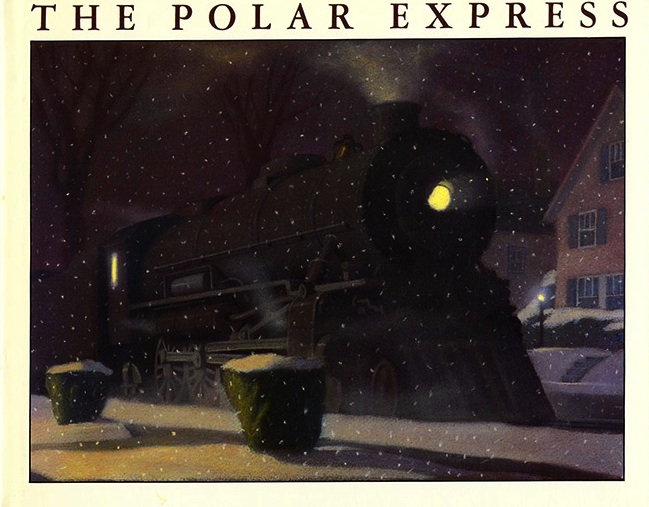 3. The Garden of Abdul Gasazi

The first of Van Allsburg’s books and a Caldecott Honor recipient follows Alan Mitz as he cares for Miss Hester’s dog, Fritz. Alan spends his morning keeping Fritz from chewing the furniture or his hat. When going for an afternoon walk, Fritz escapes into a garden, marked by a sign forbidding dogs, that belongs to a retired magician, Abdul Gasazi. Losing sight of Fritz, Alan must follow his pawprints through the garden and into a forest where he finds Abdul Gasazi’s home and Fritz turned into a duck. He takes Fritz home, but the duck chases his hat when it is blown away, leaving Alan to return to Miss Hester’s home alone. When he arrives, he finds Miss Hester who tells him that Fritz was waiting for her when she got back and that Abdul Gasazi was playing a trick on him.

4. The Wreck of the Zephyr

Set in a frame narrative, the author learns the tale of a shipwreck of a boat high on a cliff from the old man sitting by the wreck. He is told of a boy very talented at sailing who continually tries to prove his superiority. When the boy takes his ship, the Zephyr, out with a storm on the horizon, he finds himself knocked unconscious and stranded high above the water. The boy and the Zephyr are taken to an island where the boats are able to fly, and he refuses to leave before he learns how to fly his own boat. Despite the special sails he is given, the boy is unsuccessful in his attempts to learn until he sneaks back out after the islanders are asleep. The boy starts flying the Zephyr home, but rather than landing in the harbor, he flies over the town to ring the church bell to prove that he is the best sailor. When the wind suddenly dies, the boy crashes the Zephyr, unable to reach the safety of the harbor, and badly breaks his leg, leaving the boy to do odd jobs for the rest of the townspeople who did not believe his tale.

Set in Paris, France, Monsieur Bibot works as a dentist who lives alone with a dog, Marcel, whom he frequently mistreats. When a patient arrives at Bibot’s office to have a tooth extracted, Bibot makes little effort to ease the patient’s pain and grows angry when she is unable to pay her bill in cash but with two figs she tells him will make his dreams come true. Scoffing at the idea, Bibot refuses to provide her with painkillers. That night Bibot eats one of the figs. The next morning, he discovers that everything he dreamed about the night before came true. Vowing to have control over the results of the second fig, Bibot decides to hypnotize himself to dream of becoming the richest man on earth and abandoning Marcel. When preparing dinner, Marcel eats the second fig, causing Bibot to fly into a rage and chase him around the house. The next morning, Bibot wakes to find that he has changed bodies with Marcel, leaving him to have revenge on his cruel master.