It has long been a tradition to adapt older, well-loved works into more modern versions. From the re-telling of fairy tales, each with their own flair, to the use of popular tropes instituted by some of the most popular authors, the practice of making the old new has long held reader’s and author’s interest. Technology has allowed for this tradition to transform into new medias. One of the best known providers of adapted classics is The Walt Disney Company. While sometimes they change little and sometimes they change much, Disney’s productions are all masterfully created to inspire and draw audiences into the classic tales.

1. Beauty and the Beast 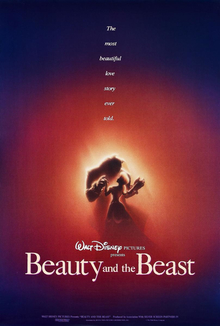 Based on the classic French fairy tale La Belle et la Bête first published by novelist Gabrielle-Suzanne Barbot de Villeneuve in 1740, Disney’s adaptation remains true to the original overall plot while changing some details. While Belle sacrificing herself for her father’s mistake remains a common theme, characters—like Belle’s siblings—and certain plot points—for example the reasons for her release from the castle—change based on the retelling. Disney’s adaptation takes a simplified approach, making it easier for children to enjoy and follow.

Adapted from “Aladdin” from The Arabian Nights, the Disney version follows the major overarching plot and themes, but greatly changes many details. For example, Aladdin aiding a sorcerer to retrieve a magic lamp housing a genie is consistent, but characters and their relationships, how Aladdin defeats the sorcerer, and the ending of the tale differ greatly from the original source.

Disney’s The Little Mermaid is based on Hans Christian Anderson’s original Danish fairy tale. Unlike the child friendly Disney adaptation, Anderson’s original work is, decidedly, a tragedy with a happy ending. In the original, the Prince does not marry the Little Mermaid, but rather a princess from the neighboring kingdom, causing a chain of events culminating in the Little Mermaid committing suicide and becoming a daughter of the air because of her selflessness, earning the chance to one day ascend into heaven. In order to make their version slightly more appealing to their audience, Disney drastically changed the ending and the roles of some characters, including the sea witch.

Originally written as a children’s novel by Eleanor H. Porter, the Disney movie closely follows Porter’s work. Small details, like the name of the town and how Pollyanna loses the use of her legs change, but characters, major plot elements, and “The Glad Game” remain consistent throughout both versions.

Based on a combination of Shakespeare’s Hamlet and Richard III, Disney’s The Lion King provides hidden political intrigue in the form of talking animals. The theme of fratricide committed by a jealous, power-hungry younger brother is consistent across all three works. In Richard III, Richard kills his brother the king and his heirs before beginning his reign of terror, leading to the public rising up and following a different heir. In Hamlet, Claudius murders King Hamlet and marries Queen Gertrude, driving Prince Hamlet mad and causing a duel to the death. Elements of both plays are made less intense for Disney’s The Lion King, but elements from the plays, from Mufasa’s death to an uncle stealing the throne from his nephew to Simba challenging Scar for the right to rule are clearly seen in both Shakespeare’s and Disney’s works.

Were you familiar with the changes Disney made in its adaptations of these classics? Share your favorite Disney adaptation with us in the comments below!