Cross-over American-British writer T.S. Eliot is best known for his poetry and contributions to Modernism. Less widely known to the casual reader are his verse plays. Despite being very critical of his own work, he did not let his poorly received work deter his continuing experimentation. 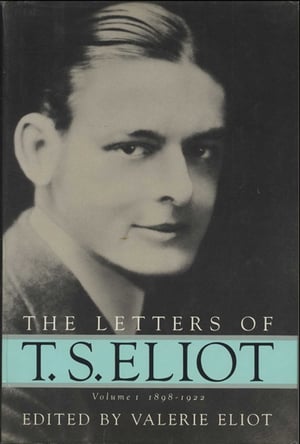 Eliot’s first attempt at a verse play went, unquestionably, poorly. Unable to finish, only two scenes were published in 1926 and 1927. In 1932, the scenes were published as Sweeney Agonistes: Fragments of an Aristophanic Melodrama, which is commonly performed as a one-act play. Sweeney, the main character who only appears in the second scene, appears in other of Eliot’s works, including The Waste Land. Sweeney is unique in Eliot’s bibliography since it is his only play with musical rhythms associated with jazz.

2. Murder in the Cathedral

Murder in the Cathedral, another of Eliot’s verse plays, was first performed in 1935. The plot follows the assassination of Archbishop Thomas Becket at the Canterbury Cathedral in 1170. It begins several days prior to the assassination and ends with the knights who committed the murder breaking the fourth wall to defend their actions to the audience. Several adaptations have been made, including a live television broadcast in 1936, a film in 1952, an opera in 1958, and a parody in Monty Python’s Flying Circus.

Family Reunion focuses on man’s guilt and need to accept responsibly for humanity’s sin. The plot follows the Monchensey family as their secrets are exposed to each other as they reunite at the Dowager Lady Monchensey’s deathbed. It is written in blank verse and incorporates elements of Greek drama and detective plays. Despite being unsuccessful when first performed in 1939, revivals have found some success.

First premiered in August of 1949 at the Edinburgh Festival, Eliot’s The Cocktail Party is a morality play framed as a comedy of manners based on Euripides’ Alcestis. It was the most commercially successful of Eliot’s plays, despite being less poetic and more controversial. The plot follows Edward and Lavinia Chamberlayne as they throw a cocktail party after recently separating. When an unknown guest, later revealed to be a psychiatrist, shows a special interest in their failing marriage and Edward’s mistress Celia Coplestone, Edward and Lavinia must face the issues in their relationship.

Written as a comic verse play, The Confidential Clerk was first performed at the Edinburgh Festival in 1953. After the initial production, the play vanished from professional productions until the 1970s. It reappeared again in 2007. In 1954, it was published as a book. The plot follows Sir Claude Mulhammer as he tries to convince his wife to treat his illegitimate son as an adopted son. In a side plot, Lucasta Angel and B. Kaghan go on an adventure of mistaken identity.