Haruki Murakami rose to become one of Japan's most accomplished and beloved authors, yet he eschews the limelight. Thanks to Murakami's varied, engaging style, his books have sold millions of copies and been translated into at least fifty languages. 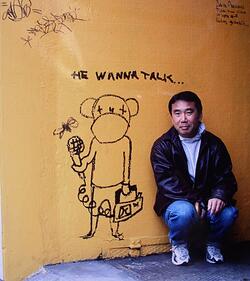 Born in Kyoto on January 12, 1949, Haruki Murakami was a child of the post-World War II baby boom. His parents moved the family to Kobe when Murakami was still young, and the lively port city would prove influential on the boy. Here, Murakami encountered Western culture all around him, from the American sailors, to the cheap English paperbacks at secondhand stores. In his youth Murakami was a fan of crime novels, which he used to learn how to read English. The first book he ever read in English was Ross Macdonald's The Name Is Archer (1955).

Both of Murakami's parents taught Japanese literature, but that didn't interest Murakami. Instead, he immersed himself in Western culture, particularly literature and music. When he wasn't reading crime novels, Murakami loved to read Richard Braughtigan, Kurt Vonnegut, and Jack Kerouac. Though Murakami may have drawn heavily on Western influence, the place of Japan remains central to his writing.

Murakami did not begin writing until he was 29. He was sitting at a baseball game when American player Dave Hilton stepped up to bat. The moment Hilton hit a double, Murakami realized that he could write a novel. He commenced that very night. "Before that I didn't write anything," he say, "I was just one of those ordinary people. I was running a jazz club and I didn't create anything at all." Although it took a while to finish, Murakami published Heart the Wind Sing in 1979. He submitted it to a literary contest and won first prize, encouraging him to keep writing. 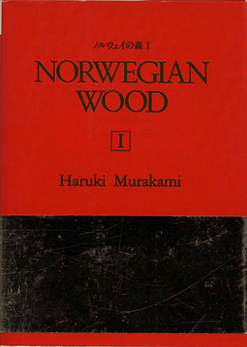 Murakami's next major success was Norwegian Wood, which sold millions of copies on its own--not only in part because it was published in two volumes. The work, which addresses sexuality, loss, and other issues that resonate with teens, was incredibly popular among Japanese youth.

By 1986, Murakami had grown tired of fame. He left Japan and traveled through Europe for a while before settling in the United States. He was a writing fellow at Princeton, Tufts, and Harvard during his time in the states. Murakami never stopped writing. He also translated a number of prominent authors--notably Truman Capote, John Irving, and F Scott Fitzgerald--into Japanese.

Recently Murakami's name has popped up for the Nobel Prize in Literature. It's impossible to know whether the committee has in fact nominated Murakami because the ballots are sealed for fifty years. As for Murakami, he says, "No, I don't want prizes. That means you're finished." Nevertheless, Murakami has won a number of prestigious awards. His books have also been adapted for television and the state.