Heinrich Böll and the Literature of Rubble

For a look at Germany in the aftermath of World War II, the works of Heinrich Böll shed a light that can only be given by an insider. Although he and his family opposed the rise of Hitler and the ideals of the Nazi Party, Böll was deeply patriotic and especially attached to his hometown of Cologne. His writing often vilifies government and church officials, while lifting up the common man. Novels by Böll have been translated into over 30 different languages, and he was awarded both the Nobel Prize for Literature and the Georg Büchner Prize.

Böll was born on December 21, 1917 into a family that valued creativity and held strong political beliefs. His father, Viktor Böll, was a sculptor, and his parents raised him to embrace the values of pacifism.  They did not agree with the teachings of the Nazi Party, and Böll did not join the Hitler Youth as an adolescent. 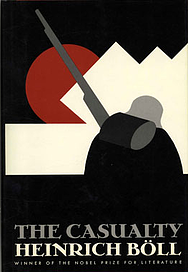 At the age of 19, Böll took his first step into the literary world when he began an apprenticeship with a bookseller. After a year of work in the retail, publishing, and antiquarian trade, he determined he wanted to be a writer, and left his position to pursue this path.

After a few months spent writing, reading, and teaching privately, Böll's plans were delayed when he was enlisted into six months of compulsory national labor service. When this duty was met, he began studying at the University of Cologne.

Despite his long-held pacifist beliefs, Böll was drafted into the German military during World War II. He experienced four battle wounds and was eventually captured by American soldiers in 1945. Böll's time spent in war, along with the destruction he witnessed upon his return to Germany, greatly influenced the works he would later write and publish. 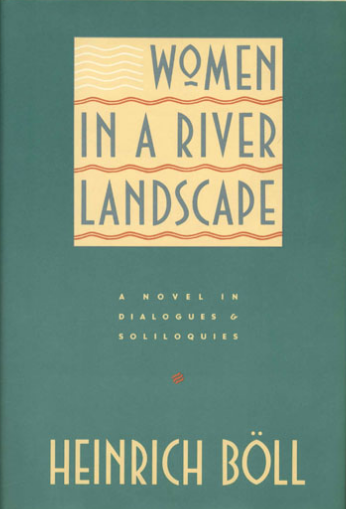 Böll was particularly heartbroken over the bombing of his hometown, Cologne. After the war, he returned to his old home, determined to restore it, while also beginning to write once again. His first published works were short stories, and in 1949 he released a novella titled The Train Was on Time. This story depicts soliders struggling to come to terms with the horrors they witnessed in war, and it explores how these experiences can reshape the way a person thinks or behaves.

During this fragile time, Böll became a leader and inspiration to many other German writers who were struggling with their own memories of World War II.  Their literary movement earned the label of Trümmerliteratur, which means "literature of rubble." 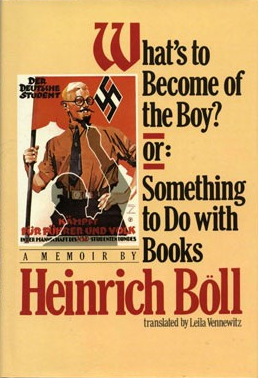 Not only did Böll's works bring together his fellow Germans during difficult times, but they also helped an international audience become sympathetic to the Germans who had not sided with Hitler during his reign. He made it a point to travel frequently and provide an alternative to many people's perceptions of Germans as aggressive, prideful enemies.

Böll took his writing and the power of his words very seriously, a devotion that ultimately lead to a Nobel Prize awarded in 1972. In an interview with the Paris Review that took place a couple years before his death, he reiterated his admiration of the power of words, and his fear of using the wrong ones, saying, "Every word has a great burden of memories, not only just of one person but of all mankind... I'm afraid that most people use words as something to throw away without sensing the burden that lies in a word."