Meetings of the Minds: Henry James on His Contemporaries

In his lifetime, Henry James mastered the art of of meeting his contemporaries. As a voracious reader, critic, and globe-trotter, James sought out and engaged the finest literary figures of his time in both his American homeland and in Europe. James enjoyed the company and works of some authors more than others, but no matter whom he was interacting with, the judgmental and perceptive writer almost always left a detailed record of his impressions. 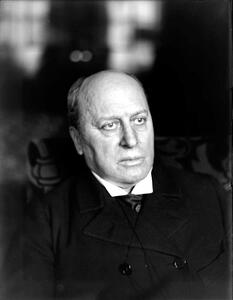 Henry James had a considerable head start in meeting great writers thanks to his bloodline. He was the son of theologian Henry James Sr., one of the wealthiest intellectuals of the day. His father was acquainted with an entire generation of American visionaries including Nathaniel Hawthorne, Henry Wadsworth Longfellow, Ralph Waldo Emerson and Henry David Thoreau. Henry James remembered growing up around these gifted and adored men, and his desire to associate with his creative equals never ceased. Below, you’ll find information about some of the authors James forged surprising and interesting relationships with. 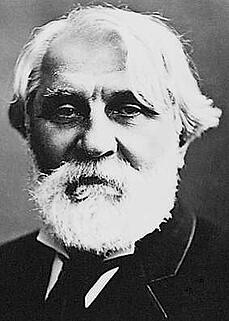 James’ relationship with Russian author Ivan Turgenev was significant for many reasons. Turgenev would be fundamental in connecting James to other authors throughout Europe, such as Emile Zola and Gustave Flaubert. The pair met in Paris, and neither speaking the other’s native tongue well, conducted their relationship through the mediating language of French. James, a quarter-century younger than Turgenev, was more the Russian author’s admirer than the other way around. Their occasion for meeting was an interview James conducted in 1875, marking the beginning of a years-long friendship. James would write at least five critical essays about the author. Turgenev would remain one of James’ most beloved friends, both in talent and relationship. In his first impression of the Russian author, he described him as “adorable.” James would venerate the man until his death, after which he wrote “[Turgenev] was the most generous, the most tender, the most delightful, of men; his large nature overflowed with the love of justice: but he also was the stuff of which glories are made.” 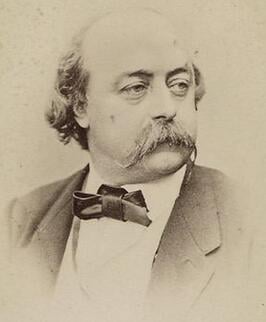 To James, Gustave Flaubert had “a powerful, serious, melancholy, manly, deeply corrupted, yet not corrupting, nature.” Overall, his attitude toward the man and his writing was sympathetic and ambivalent. He adored his masterful Madame Bovary, but admitted Flaubert was a man whose life consisted of considerably more failures than successes.

In The Nation, James criticized Flaubert’s La Tentation de Saint Antoine unfavorably. When writing of Madame Bovary, James praised it, arguing it never could have been written in English, and that Flaubert had written a graciously unique work. But to James, the principle problem of his failures, and even his triumphs, was that it was cold. James witnessed a lack of life in Flaubert himself and his work. Flaubert was obsessed by the perfect style, took his work too seriously, and saw the world as a subject for his art and almost never as a thing to partake in. While James would remember Flaubert’s failures as a cautionary tale, he would always admire the man for his talent. 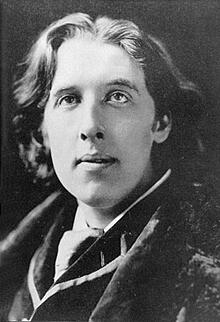 Henry James met Oscar Wilde in Washington, D.C. in 1882, when the young Irish aesthete was an Oxford grad touring America extolling luxuries and elegance. Wilde was 27 and was yet to write any of his great works. Still, Americans were attracted to this witty, ostentatiously-dressed Irishman. In speaking of Wilde, we see James at his most viciously judgmental, but also his most contradictory. The pair met at a dinner party, after which James would write of Wilde as an “unclean beast,” who was “repulsive and fatuous.”

Despite his less than kind words, James requested to meet with Wilde at his hotel two days later. Why James did this is anyone's guess. Some have suggested the closeted James saw a kinship with, perhaps an attraction to, the flamboyant Wilde. James also seemed to envy Wilde due to the rumor that Wilde was earning more money in speaking fees than James was as a writer. During the aforementioned meeting, James did not receive Wilde’s wit entirely gracefully. When James admitted missing London, Wilde replied, “Really? You care for places? The world is my home.” James was insulted.

It is not likely that James felt better about Oscar Wilde with time. Although he wanted to, James never made it as a playwright and looked on contemptuously as Wilde’s plays flourished. He thought the plays were cheap and puerile and likely never got over the fame rewarded to Wilde’s persona. Yet James also witnessed Wilde’s ignominious fall - his persecution for acts of gross indecency. In the end, James revealed a special sympathy for the playwright. It was a “squalid tragedy,” he said, but a tragedy nonetheless. 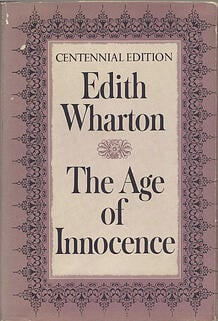 Edith Wharton was an admirer of James and a nascent writer yet to produce her best work when she wrote to the author in 1900. It would be three years before they would meet in person. James encouraged the young writer to continue on in her craft, in employing her satirical eye and drawing from her American subjects. While James befriended numerous talented writers, he was the only creative equal Wharton knew. For a woman who would forever feel stifled by dismissals and social expectations, having an understanding companion in James was essential.

As Wharton began to see success, the envious James stirred up some tension in their friendship. Wharton herself was fatigued by critics’ "continued cry that I am an echo of Mr. James." James proclaimed a prominent taste for Wharton’s The Reef, her work that most resembled his own fiction, while he undermined her magnum opus The House of Mirth, arguing it was “better written than composed.” In spite of these tensions, the pair had a bounteous friendship. Unfortunately, James burned most of their correspondence in 1909 during a bout of depression. But the pair's relationship would prove to be one of the strongest James formed with any author. Wharton would help James through periods of melancholy in his later life, and he would support her through her artistic ascension and the difficulties of her divorce.