Henry Miller, American native of Manhattan, is most notable for his controversial book Tropic of Cancer published in 1934 in Paris with the financial backing and editorial assistance from lover and fellow writer Anais Nin.  When he decided to write the book, he wrote, “I start tomorrow on the Paris book: First person, uncensored, formless - f&*k everything!”  Miller called the book Tropic of Cancer because cancer symbolized disease of civilization and to start completely over from scratch.  The contents of the book were enough to have it banned from publication in the United States until 1961, when it was finally published by Grove Press. 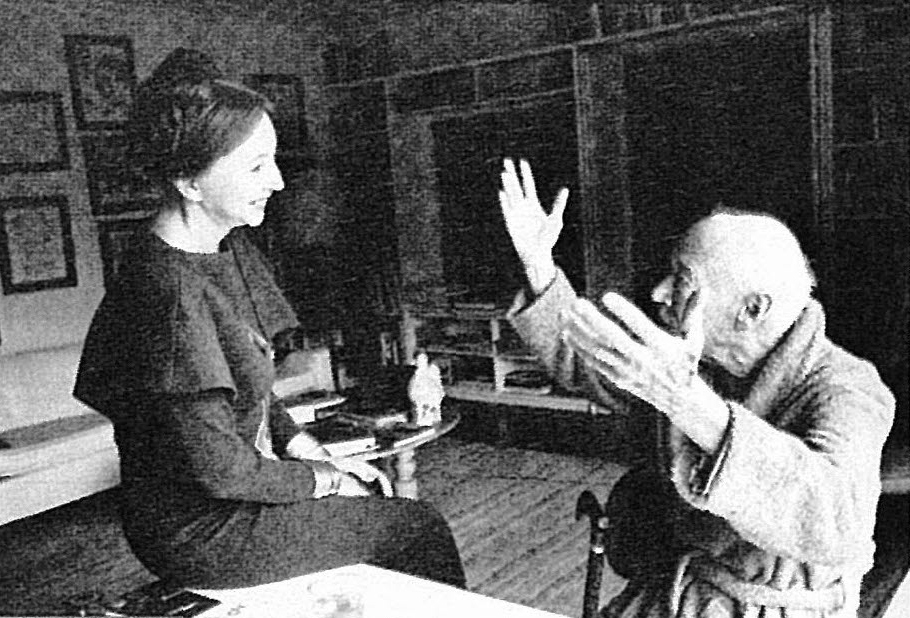 The argument over the content of Miller’s book made it to the Supreme Court in 1964, where it was declared non-obscene.  Many credit Miller for the freedom of speech in literature which we now take for granted.  Henry Miller influenced many other writers, among them Jack Kerouac and William S Burroughs.  Burroughs' and Miller’s work would be compared for years.

Miller frequently drew from his own life for his work, fictionalizing events from his own life. He declared in an interview with The Paris Review that he had become “a non-literary man: I cut the cord.  I said I will do only what I can do, express what I am–that’s why I used the first person, why I wrote about myself.  I decided to write from the standpoint of my own experience, what I knew and felt.  And that was my salvation.”  In the 1961 edition of Tropic of Cancer, he included a quotation from Ralph Waldo Emerson, “These novels will give way, by and by, to diaries or autobiographies–captivating books, if only a man knew how to choose among what he calls his experiences and that which is really his experience, and how to record it truthfully.”

Maintaining his individuality was important to Miller, and he sought freedom to live outside conventional restraints of civilization.  Along with autobiographical incidents, his books contained highly sexual descriptions, quasi-philosophical speculation, and surrealist reflection on literature and society.  He is considered by some a literary innovator whose works' actual and imagined experiences became indistinguishable from each other, doing much to free up the discussion of sexual subject in American writing. Regarding his obscenity, Miller said that he “employed obscenity as naturally as I would any other way of speaking.  It was like breathing, it was a part of my whole rhythm...I don’t think obscenity is the most important element by any means.  But it’s a very important one, and it must not be denied, overlooked, or suppressed.”  Comparing his sexuality to the sort of violence common in American literature, much like his feelings on war, he found censorship of his works misdirected.

Miller likened men to “beings with antennae” that receive information strictly as a facilitator  to transfer ideas and interpret “what is in the air.”  Miller considered himself an go-between who “hooks on” to what is already existent but not yet given a voice.  The artist, according to Miller, is the one who is needed to bring these ideas and principles forth. He once noted, “Who writes great books?  It isn’t we who sign our names...who is original?  Everything that we are doing, everything that we think, exists already, and we are only intermediaries, that’s all, who make use of what is in the air.”

Regarding his status as a best-selling author after after years of enduring the plight of the starving artist, Miller said, “I really have no feelings about it.  It’s unreal to me, the whole thing.  I don’t find myself involved. In fact I rather dislike it.” Though Miller once reveled in having the public persona of a rebellious, edgy author, he eventually found it constraining but could not get out from under that perception. He would eventually resign himself to it.

The artist is a peculiar creature.  Henry Miller, though lauded by some for his work, seems to be one to take an “out” when he sees it, rejecting both notoriety and responsibility in his own writing.  Of George Orwell, he said, “Men of principle bore me.”  There was certainly nothing boring about Henry Miller’s personal or professional life.

Even after his death in 1980, the public has remained fascinated with Miller. He's a prominent figure in Nin's published journal Fire: From a Journal of Love, and Erica Jong wrote a volume of criticism on Miller, The Devil at Large, in 1993. Jong's work came only two years after she and Mary Dearborn helped to bring a previously unpublished Miller novel to print in 1991. Crazy Cock (the working title for Tropic of Cancer) was published in 1991. The highly autobiographical work was written between 1928 and 1930, and it renewed public interest in Miller.

In addition to collecting the high points of Henry Miller, collectors also look for his lesser known works. Among these are A World Divided: Time Chronicles the Cold War, of which Miller was the managing editor. Even more interesting, perhaps, are Miller's watercolors. It's estimated that the author painted over 2,000 watercolors during his lifetime. The Harry Ransom Center in Texas holds a number of these, but many were sold by Miller's daughter at a 2005 estate sale.

Miller also made a mark in the world of cinema, and ephemera from these films often finds its way into the personal libraries of Miller collectors. The subject of multiple documentaries, Miller was no stranger to the film world. He played a witness in Warren Beattie's 1981 Reds and was featured in the 1986 documentary Henry Miller Is Not Dead. Rip Torn played Miller in the adaptation of Tropic of Cancer (1970). That same year, Jens Jorgen Thorsen cast Paul Valjean as the Miller-inspired character "Joey" in an adaptation of Quiet Days in Clichy. And 1990 was a big year for Miller on screen; he was played by Fred Ward and David Brandon (both in movies based on Nin's diaries), and by Andrew McCarthy in Claude Chabrol's adaptation of Quiet Days in Clichy.