How Evelyn Waugh Tried to Save P.G. Wodehouse's Reputation

Writers are often the best champions of other writers. In the early days of the last century, it was Nobel laureate George Bernard Shaw who helped cement Henrik Ibsen’s reputation in the English-speaking world. Years later, Pulitzer Prize winner Walker Percy would play a crucial role in arranging the posthumous publication of John Kennedy Toole’s A Confederacy of Dunces (1980) after a manuscript thereof was sent to him by Toole’s mother. That Bernard Shaw and Walker Percy were, by then, quite prominent in their own rights was of course a huge help to their causes, as seems so often to be the case. That’s why it’s rather lucky for P.G. Wodehouse that his mantle was taken up by none other than Evelyn Waugh. 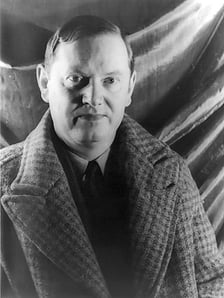 Evelyn Waugh, author of Brideshead Revisited (1945), Msgr. Ronald Knox (1959) and Officers and Gentlemen (1955) is a literary titan himself. He may not be on Shaw’s level, but his books are read and enjoyed by a great many. By his account, however, his own literary achievements would have been impossible without the stories and novels of P.G. Wodehouse.

Wodehouse, of course, is now and was then best known for his ‘Jeeves Stories,’ which focused on a comically idyllic version of upper-class British society. While, as Waugh himself points out, “humor is the most ephemeral artistic quality,” Wodehouse’s style is considered to be unmatched in the eyes of those who read him. On this basis, Waugh had always been outspoken about the author’s talent. His praise ultimately reached its zenith in 1961 with the BBC radio address-turned essay, ‘An Act of Homage and Reparation.’

It is crucial to remember that the essay, which called for a more widespread readership for Wodehouse, was not just defending the comic maestro from creeping indifference, but from slander. The BBC had, apparently, accused Wodehouse of collaborating with the Nazis some twenty years prior to Waugh’s appeal. 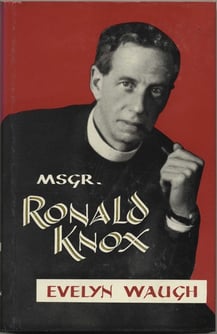 The first road block to Wodehouse’s reacceptance into popular readership was thus to dispel any lingering hints of Wodehouse’s guilt. MI5 had by then cleared him of such charges, though he nevertheless stayed away from England for the remainder of his life. Having taken a moment to exonerate his literary idol, Waugh launched into his cultural appraisal of Wodehouse’s work. He remarked, “Three full generations have delighted in Mr. Wodehouse. As a young man he lightened the cares of office of Mr. Asquith. I see my children convulsed with laughter over the same books. He satisfies the most sophisticated taste and the simplest.”

Sadly, Wodehouse’s readership does not seem to have been entirely restored by Waugh’s comments. If we use Goodreads ratings as an (admittedly imperfect) metric, we find that Wodehouse lags behind even well-regarded contemporary novelists like Marilynne Robinson and Karen Russell in spite of a considerable head start. Unlike in the case of Walker Percy and John Kennedy Toole, he did not manage to eclipse the readership of his most vocal proponent, though he does come close. No doubt Evelyn Waugh would be deeply disheartened by this state of affairs.