Perhaps Ian Fleming is being self-deprecating when he calls Casino Royale (1953), the first of more than a dozen Bond novels and stories he would write in his lifetime, his “dreadful oafish opus.” Or, perhaps his alliterative turn of phrase is a sincere appraisal of a work that sprung from surprisingly humble origins. After all, at the time of the book’s writing, Fleming was a newspaperman but hardly a writer in the more elevated sense. Rather than serving as a reflection of any sincere desire to become a beloved author, it seems that Fleming’s inaugural Bond installment was written primarily as a cure for pre-wedding jitters. 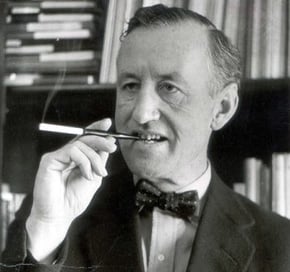 It’s widely known that Ian Fleming’s knowledge of the world of espionage came largely first hand, and that James Bond as a character has his roots in the harsh realities of Fleming’s own experiences in the British intelligence community. If Bond was born of Fleming’s life of action, however, Casino Royale itself sprung directly from Fleming’s subsequent life of leisure.

By the 1950s, Fleming had left military life behind and became a manager at the Kemsley newspaper group (which owned The Sunday Times), spending nine months out of the year managing a worldwide collection of newspaper correspondents and the remaining three months on holiday in Jamaica.

According to friends who served with him, Fleming had begun talking about writing a spy novel as early as the war years, but through the first several years after his discharge he was prevented, according to his account, by a unique brand of laziness that he thought was universal to all Englishmen. Over the course of five years spent wintering at Goldeneye (his Jamaican estate), however, he ran out of less productive diversions. Based on his letters, he had apparently grown tired of underwater exploring and spearfishing (which had been his primary sources of amusement), and “didn’t really want to kill any more fish, except for barracudas and the rare monster fish.” His explorations had become tiresome because he knew the terrain too well and his “mental hands were empty,” but at the same time he had a “puritanical” aversion to idleness and “a natural love of adventure.” The result? He decided to fill his leisure hours by writing a book.

Boredom, however, was not the only factor at play in getting Ian Fleming to finally start work on his novel. The most pressing thing, apparently, was his impending marriage to Ann Charteris (later Ann Rothermere, even later Ann Fleming). Of the looming nuptial, Fleming said: “after being a bachelor for 44 years, I was on the edge of marrying, and the prospect was so horrifying that I was in urgent need of some activity to take my mind off it.” Charteris and Fleming had been on the verge of marriage once before in the 1940s, after Charteris’ husband’s death during the war. In that instance, Fleming had called the whole thing off, preferring to “remain a bachelor.” Strangely, Fleming’s version of bachelordom in no way excluded relations with Charteris. The two carried on an affair of many years, even after Charteris had married Esmond Harmsworth, a conservative politician and the 2nd Viscount Rothermere, with Charteris even giving birth to Fleming’s stillborn child. 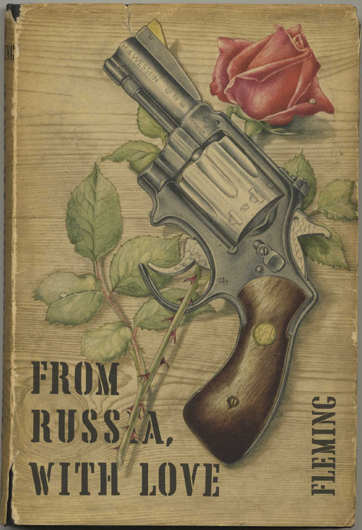 Unsurprisingly, Charteris and Viscount Rothmere’s marriage did not last, and she and Fleming planned to marry at last (she was already pregnant again by the time of their wedding). Feeling, perhaps, that by ending their affair in order to marry they would miss out on all the joys of extramarital dalliances, both Ian and Ann had numerous infidelities over the course of their time together.

In that sense, Fleming’s dread at the prospect of being married may not have been entirely unwarranted. But, for millions of readers and moviegoers and video-gamers, the presence of that dread was extremely fortunate. Without it, Ian Fleming might have been content to keep spearfishing for decades, and the world might have lost out on From Russia With Love (1957), The Man with the Golden Gun (1965), and the rest of the James Bond corpus.