How to Begin Collecting Economists in 2020

Over the course of history, the economy — and all the surmising and projecting and studying it requires — has given rise to some of the most remarkable works of human-thought. Economists in every generation provide a fascinating breadth of work and ideas. Today, we’d like to explore a couple of famous economists as well as some ideas for collecting economy-based works.

A basic list of economists that merit our attention can be formed from a quick glance throughout history. These individuals punctuate the economic landscape of their times with their thought-processes, philosophies, and recommendations. So without further ado, we give you some noteworthy economists, and their contributions, to add to or to begin growing your economic collection in the upcoming year. 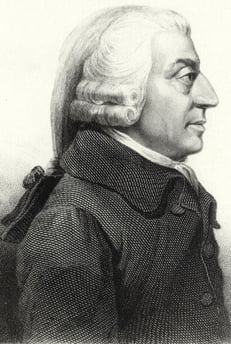 It makes sense to begin a conversation about collecting economists with the founding father of economic thought himself, Adam Smith. He was a Scottish philosopher and played a key role in the 18th century Scottish Enlightenment, in great part due to his revolutionary discussion of political economics. Smith’s most notable work is An Inquiry Into the Nature and Causes of the Wealth of Nations, or as it is often shortened, The Wealth of Nations. It took Adam Smith twelve years to write his masterpiece. First published in 1776, this book belongs on the economist collector’s shelf.

The Wealth of Nations was groundbreaking — it was the first complete look at economics, ever — and it still resonates with many today. Legend has it Margaret Thatcher carried her copy on her person at all times.*

For the collector, acquiring a first edition is a feat, and acquiring a second edition, published in 1778, of which only 500 copies were printed, is even more of a feat. These two editions were the only ones printed in quarto format. The third and fourth editions, published in 1784 and 1786, respectively, were octavo editions. The first American edition was published in 1789. These editions are all highly priced, and can run a collector anywhere from $10,000 to upwards of $100,000. Of course, subsequent editions are less expensive, so depending on your budget, you can find an appropriately-priced copy of this monumental work for your collection.

Friedrich August von Hayek was an Austrian economist who championed the free market system over the course of the 20th century. He was awarded the Nobel Prize in Economics in 1974 for his work. Much of his views on economic booms and slumps are detailed in his work The Pure Theory of Capital. Initially published in 1941, a first edition of this work can cost a collector over $5,000, especially if the original dust jacket is still in tact. However, later impressions of The Pure Theory of Capital are very affordable, and acquiring this work will nicely add to the breadth of an economics collection.

Acquiring any of these titles for one’s collection is worthwhile. Students and economic scholars still pour over Hayek’s pages, unraveling and unpacking his ideas to this day. In other words, these texts are very relevant.

John Maynard Keynes was a British economist who believed less in the power of a free market to provide necessary employment opportunities and more in the need for government intervention to head off recessions and fiscal depressions. Held up right along side Adam Smith’s The Wealth of Nations, Keynes’ The General Theory of Employment, Interest and Money is considered a landmark of economic written work. First printed in 1936 in a blue-green cloth with gilt spine, Keynes’ magnum opus is a valuable collector’s item. Acquiring a first edition copy in fine or near fine condition can cost a collector upwards of $10,000. Other Keynes’ books of note include The Economic Consequences of Peace, published in 1919, which reflected on the author’s experiences in the Paris Peace Conference during World War I; and, A Treatise on Money, first published in 1930 by MacMillan & Company.

Milton Friedman was a contemporary of John Maynard Keynes and pushed back on many of Keynes’ philosophies, arguing for the value of a free market and deregulation. Both Friedman and Keynes are considered the most influential economists of the twentieth century. Friedman, for his part, published Income From Independent Professional Practice (1945) with Simon Kuznets. In it, he argued that the lack of access into the medical profession contributed to the driving up of prices. Lower fees, he thought, would be more the norm if greater competition in the professional landscape could be achieved. Signed copies of this early work of Friedman’s (his thesis, actually) are scarce, but available for the avid collector who is willing to pay a premium. You can find first editions of the book with blue cloth with gilt titles on the spine.

Another title of Friedman’s that is definitely worthwhile for the economic-text collector is Capitalism and Freedom. First published by the University of Chicago Press in 1962, a true first edition will have no other printings listed on the copyright page. The original dust jacket for Capitalism and Freedom is a bright blue, and of course, collecting a work with an intact, fine dust jacket adds substantial value to one’s collectible. Like Income From Independent Professional Practice, signed copies of Capitalism and Freedom float in and out of the marketplace, so if you keep an eye out and are willing to pay several thousand dollars, you may get lucky and be able to add one to your collection.

Karl Marx is perhaps the most recognizable name on this list, at least in general. His radical, socialist sentiment and the views expressed in The Communist Manifesto, written with Friedrich Engels and published in 1848, earned him a quick ticket out of France and Germany. He spent the rest of his life as an exile living in London. The Communist Manifesto was first published as Manifest der kommunistischen Partei in German, though it was published by the Workers' Education Association in London. It was also serialized in the newspaper Deutsche Londoner Zeitung. Limited copies of the first printing of Manifest der kommunistischen Partei made it to France and Germany, but the work was soon translated into Polish, Danish, Swedish, and English. The first English translation was done by Helen Macfarlane and published in 1850 in the magazine, The Red Republican. A version of The Communist Manifesto was published as Manifeste du Parti Communiste in French in 1894. First editions of the French stand-alone version of the Manifesto (it was originally serialized in France) will cost a collector over $20,000. Likewise, a true first edition of the Russian translation, Manifest Kommunisticheskoj partii (1869) will fetch a huge sum: over $200,000; the first edition of the book itself is incredibly rare due to state censorship at the time of publication.

Depending on your budget as a collector, there are alternatives to the pricey versions of The Communist Manifesto. You may just need to get creative...and be sure to do your research so you know what you're getting! For example, the 1888 English-language edition (translated by Samuel Moore) is an interesting one and was used as the basis for all subsequent editions, as it includes textual notes. As far as other works by Marx, look into Das Kapital (1867), first published in English in 1887 as Capital, and as a less-common option, Herr Vogt (1860), which is often considered one of Marx's forgotten works.

Last but certainly not least, we’d be remiss if our discussion of collectible economists didn’t include one John Kenneth Galbraith. Galbraith was a Canadian turned American economist who had his hand in many of the presidential economic efforts in the second half of the twentieth century. He was an advisor to Kennedy, and through his work, he likely influenced LBJ’s policy efforts such as the war on poverty. John Kenneth Galbraith’s most well known texts are American Capitalism (1952), The Affluent Society (1956), and The New Industrial State (1967).

While all three books of the trilogy are great collectibles, The Affluent Society has gained much notoriety thanks to its aforementioned influence in the political realm. Namely, in it, Galbraith argues for the necessity of public education and the government’s hand in it as well as the reduction of poverty. These themes and more are expanded upon in The New Industrial State.

There are numerous impressions of first edition copies of The Affluent Society, published in 1958, so be certain to verify what printing a copy you’re interested in actually was. Some copies are available with Galbraith’s signature which always make for stellar collectibles. Another option for the interested collector is the limited edition copies of The Affluent Society published by Franklin Library in 1978. These copies, in full-leather, are stunning collectibles. They feature gilded, sewn-in pages and ribbon marker. Franklin Library’s efforts here are, arguably, unmatched.

And there you have our economists round-up. We couldn't possibly include everyone here. What other works are important when collecting economists?