Hugo vs. Disney: The Changing Case of Notre-Dame

Walt Disney and his successors have a long tradition of retelling famous stories. Their history of changing the original work is usually rationalized as making the content more suitable for children, but, in some cases, the changes go past small edits. As with most books changed into movies, in order to condense a long work into only 90 minutes, certain more unnecessary plot points must be cut. When remaking The Hunchback of Notre-Dame, however, Disney did more than simplify and streamline. Some elements were removed by necessity, such as much of the violence and many attempted seductions of Esmeralda, to make it appropriate for children, but some of the changes drastically altered characters and plot elements present in Victor Hugo’s original novel.

One drastic change in characterization can be found in Quasimodo. In the original novel, rather than being the lovable, lonely character from the Disney adaptation, Quasimodo is deaf from ringing the bells and, understandably, mean. He is not the main protagonist, a dubious honor that falls to Esmeralda, but still plays a large role in the action of the novel, working for antagonists and protagonists alike. At the start of the novel, he is blinded by his devotion to Claude Frollo, whom Quasimodo feels beholden to for raising him. Quasimodo spends the rest of the novel deciding who deserves his loyalty.

Another character Disney drastically changed is Captain Phoebus de Châteaupers. An antagonist and overall creep in the original work, he is changed from being a manipulative womanizer to a protagonist working with Esmeralda and Quasimodo to fight Frollo. In the novel, Phoebus is a noble born captain of the archers who saves Esmeralda from from being kidnapped, causing her to fall in love with him. He uses her affection to convince her to sleep with him but is prevented by Frollo stabbing him in a fit of jealousy. When Esmeralda is accused of attempted murder, Phoebus does not defend her and allows her to be convicted.

In the Disney version, Phoebus’ less desirable character traits are left out and he is combined with another character Pierre Gringoire, allowing a more sympathetic character for audiences to like to emerge.

Claude Frollo, the main antagonist in both the original work and Disney’s retelling, also underwent changes, in order to be more appropriate for a children’s movie. One of the main changes is his profession. In the original work, he is the Archdeacon of Josas, while in the Disney version he is the Minister of Justice of Paris. Despite being changed to fit a children’s movie, the Frollo presented in the Disney version is a much darker character than the original. Disney presents him as being without any good or redeeming characteristics, while in Hugo’s work, readers see his capacity for compassion and the motivation behind his actions. By simplifying the character of the antagonist, Disney removed Frollo’s depth of character and his humanity. 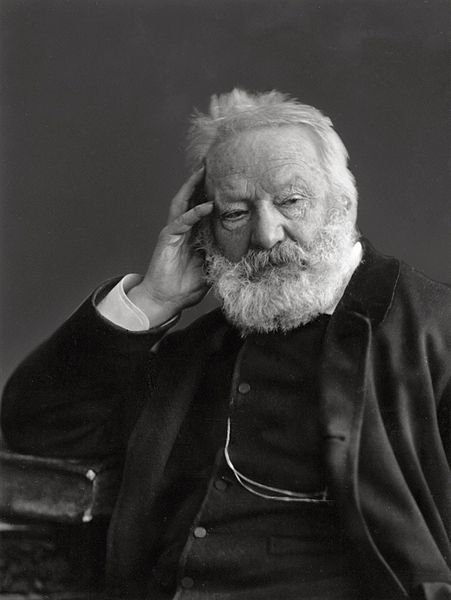 A major change in the plot made by Disney is the lack of protagonist deaths. In the original work, Esmeralda, Quasimodo, and Frollo all die at the end of the novel. Esmeralda is hung on charges of attempted murder, Frollo is murdered by Quasimodo, and Quasimodo commits suicide by wasting away at Esmeralda's grave. Disney sought a happy ending for their movie that was not present in the book, detracting from the power of Hugo’s work. Having Frollo die can be seen as justice for his villainous acts, and is in line with Disney’s depiction of the character, but it simplifies the world in a way that could only be appropriate in an animated Disney movie.

A second major aspect changed is Frollo’s profession. The change from being a man of the church to a judge is commonly done to avoid insulting any religious beliefs. By doing this, the importance of Frollo’s motivation and choices is less clear. As Archdeacon, he has taken vows of chastity, which brings a deeper, more taboo element to his attempts to seduce Esmeralda. His forays into alchemy lead to rumors of his being a sorcerer, which is not a good connection for a religious figure. When presented as a judge, the Faustian nature of Frollo’s character remains unseen, allowing the audience to write him off as a religious fanatic who cannot accept he is as fallible as the general masses.

When converting, Disney does more than take away from the original work; they also add elements to make the movie more entertaining. One way this is done is through the addition of music. Hunchback has, arguably, some of the best songs to grace Disney’s musical lexicon. Songs like “God Help the Outcasts” and “Out There” help add depth to Esmeralda and Quasimodo’s characters, while the visuals in “Hellfire” connect Frollo to the devil rather than the church. In a more general sense, the music helps adds the depth and ambiance that is lost when moving from the written word to a visual representation. Another element Disney adds is the characters of the gargoyles Victor, Hugo, and Laverne. One of the best parts of the movie, the three add wonderful comedic relief to an otherwise very serious movie. Talking gargoyles help transition the original work into a movie that appeals to children and keeps them invested through the humor.