I Write Pulp Because I Love It: An Interview with Josh K. Stevens

When setting out to tell a really great story, the saying goes ‘write what you know, write what you love.’ Quaint as that adage may seem, noir writer Josh K. Stevens has made the most of it. Stevens, 33, has been an avid reader and advocate of crime fiction and devoted much of his late-teens and adult life to pursing his dreams of noir stardom while working a number of jobs to pay the rent, including that of an independent bookseller in his hometown of Woodstock, Illinois. 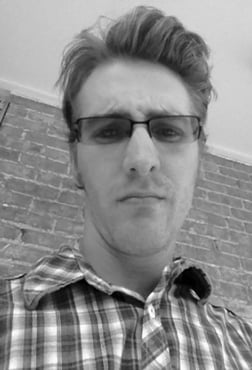 After laboring over several abandoned noir and crime-based fiction projects for years — he did successfully publish a number of literary short stories during this span — Stevens found success in 2012 with the publication of his debut novel, Bullets Are My Business (Dutton Guilt Edged Press – Penguin).

Met with commercial and critical acclaim, Stevens embarked on a series of noir novels with a new publisher, 280 Steps, chronicling the serial character of Deuce Walsh, a former gangster turned vigilante of sorts. The first novel in the series, Scratch the Surface, was released in April, with the second, Delving Deeper, coming later this month — a third, To the Core, is due later this year.

Recently, Stevens took a few minutes out of his busy schedule to talk with Books Tell You Why about the conventions of a good noir novel and what the genre can offers readers.

Books Tell You Why: Let’s start with your personal collection of noir and crime/pulp novels. Which novels and/or novelists in the genre have been most influential to you and how?

Josh: While I've always been a bit eclectic in my reading habits, pulp novels are the ones that I always seem to return to. I have a vast array of pulp novels, most of which are from Hard Case Crime and 280 Steps. While I could sit and list of a slew of authors that have been influential, I think that my two biggest influences have to be Mickey Spillane and Charlie Huston. I had never read any of Huston’s novels and I wound up picking up the first in his Joe Pitt Casefiles series (which is a hard boiled pulp novel in which the "tough guy" protagonist is also a vampire) and falling in love with the pop culture references, the smart-alec asides, and the over the top violence. I've since read just about everything that he's put out and it is a wonderful catalog of contemporary pulp.

Books Tell You Why: What makes those novels/novelists such important representations of the genre?

Josh: Both Huston and Mickey Spillane (while they have vastly different subject matters) have the right voice to create the perfect atmosphere for a pulp novel. Spillane, to me, was really the Godfather of pulp. His character, Mike Hammer, was everything that a good antihero should be. Hammer was a private eye who didn't follow the rules and didn't play well with others. He got the job done at all costs, following leads that took him directly into dangerous situations and using his fists or his gun when sharp dialogue no longer cut it. Spillane's career lasted for nearly fifty years. 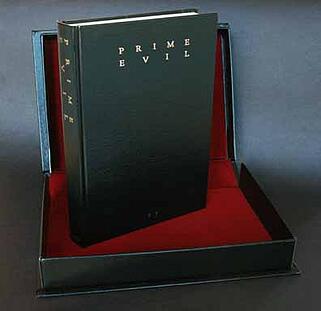 Books Tell You Why: Can you talk a little about how the genre has evolved in recent years? There’s a long-standing tradition of noir novels in the landscape of American literature, right?

Josh: There is absolutely a long line of noir novels. Noir novels were huge in the 1930s, 40s, and 50s because they were cheap entertainment. The old fashioned pulp fiction novels were inexpensive and easy to mass produce and people would buy them at the quintessential dime stores. In recent years, there have been a few publishers that have been making big steps in reviving the pulp genre. They have also gotten well known novelists (most impressively, Stephen King) to pen some works and have reprinted "lost" novels that have been penned by famous noir authors.

Books Tell You Why: People often have a certain preconception of what noir can be – flat characters, canned dialogue, cliché violence. We're curious what you would say to someone to open their eyes a bit in terms of what noir can be?

Josh: In a roundabout way, what I love about the noir genre is that the preconception is absolutely true. The first thing that really drew me to pulp novels in my teenage years was the cover artwork. Most of the covers were for the old "dime store" novels were paintings that had a vintage realism feel with dark and subdued covers. Most of the covers featured an over the top "femme fatale" on the cover (whether she was a plot point or not) that you weren't sure if you were supposed to be afraid of or in love with. Other covers featured a scene of violence that was either about to happen or already in progress. I fell in love with the covers first and then realized how great the stories were that awaited me between the covers. I realize that pulp/noir is an acquired taste and it's not for everyone, but for me it's the literary embodiment of sitting in a recliner in front of a fire with a blanket over me. It's comfortable.

That having been said, I think pulp, as is the same with most genres, really depends on who you're reading. I've read some pulp novels by authors who don't have great voices. They follow all of the above outlined preconceptions, but something in their storytelling falls flat. I think that a good pulp novelist is going to take those bullet points and make each one evolve. I think the best words of wisdom that I can impart to readers who are skeptical of noir is "don't judge a book by it's genre.” Just because something has a label on it doesn't mean that it's a cookie cutter product of every other book in the genre.

Books Tell You Why: Of the aesthetic choices associated with noir, is there one that rises above the rest in terms of importance to the overall enjoyment of the novel?

Josh: For me, dialogue and the overall voice of the story is the most important aspect of the noir genre.  Obviously, setting is important as well but, with the right voice, a good pulp novelist can make a children's birthday party at Chuck E. Cheese's seem gritty and dark. The pulp novels I have always loved the most are the ones that are told in the first-person and almost read as a stream of consciousness because this allows the dialogue to flow and also allows for the main character to have a constant monologue to set up a situation.

Books Tell You Why: From a pure pleasure standpoint, which noir or crime writers do you go back to again and again?

Josh: Huston and Spillane, obviously. I'm actually presently going back to revisit all of Spillane's works in chronological order. Mike Hammer is such a great character and I really want to see how he has evolved in sequence. I also love Frank Miller's Sin City. Eric Beetner is another fantastic voice in the pulp genre.

Books Tell You Why: Let’s talk for a moment about instances where noir/crime crosses over into mainstream success – I’m talking of authors like Raymond Chandler, Dashiell Hammett, and Jim Thompson, to some degree. Are there certain things these authors did in their work to achieve a wider readership, or was it more right place, right time?

Josh: I do feel, in part, that a lot of it comes down to being in the right place at the right time. Many authors (not just pulp or noir authors) are part of that sect. It makes one wonder if an author, say Dashiell Hammett, had written The Maltese Falcon five years earlier or five years later, would it still have been as successful as it was?  I'm not saying that these authors don't have a knack with the written word. Clearly they put in the hours sitting before a typewriter plugging away, hour after hour, day after day, but the general public has to be ready for certain reads at certain times.

Books Tell You Why: We’ve covered the history of the noir, but regarding its future: Where do you think the genre is headed right now in terms of continuing to evolve and grow? Where do you see your place in it?

Josh: I think that the genre is presently on the upswing. People seem to be responding well to the noir publishers that are out there and I feel that, as long as these novelists keep pumping out fantastic works, people will keep reading. Obviously, I'm a bit biased, but I am a huge proponent of getting the word out there for the noir genre. They're fun reads and they let readers slip into a seedy underbelly of society. What's not to love? As for me personally, in a perfect world, I'd love to become a name that is associated with the craft fifty years down the line.  However, for the time being, I just want to continue being part of this club as long as they'll have me so that I can continue to hone my voice and style with each progressive work. I write pulp because I love it, which is the best reason to pursue something.

Many thanks to Josh Stevens for sharing his insight on the noir genre with us today. You can reply directly to Josh in the comments below.