Why Did Asimov Use the Pseudonym "Paul French"?

On March 23, 1951, Asimov attended a meeting with his agent, Frederik Pohl and Doubleday science-fiction editor Walter I Bradbury. Bradbury had a proposition for Asimov: write a series of juvenile science-fiction novels that could be adapted for television. Asimov was interested in the project, but he found television programming "uniformly awful." He preferred not to have his name associated with a terrible production and opted to use the pseudonym "Paul French." The first novel in the Lucky Starr series, David Starr: Space Ranger, was published in January, 1952. 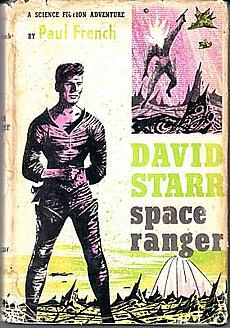 But plans for the television show fell through, and eventually Asimov stopped pretending he wasn't responsible for the Lucky Starr series. He noted in his autobiography that his incorporation of the Three Laws of Robotics in Lucky Starr and the Three Suns of Mercury should have been a dead giveaway to his identity "even to the most casual reader."

Though multiple editions of the series were published under the name Paul French, later editions bore Asinov's name or said "Isaac Asimov writing as Paul French." This is just one aspect of the series' publishing history. The British editions were published without the "David Starr" or "Lucky Starr" prefix, so they're called Space Ranger, Oceans of Venus etc. The first book was translated to French as Sur la planete rouge, and three of the books were translated into Dutch. But the hardcover first editions, issued by Doubleday, remain the most sought after by rare book collectors.

What Was Asmimov Afraid Of? 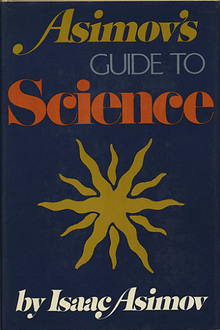 Asimov noted in his autobiography that he was a claustrophile. As a child he'd wanted to run a newspaper stand in a New York City subway station, so that he could pass his days in a tiny space. But as much as Asimov loved small spaces, he also hated flying. Thus Asimov flew only twice in his entire lifetime: first, while serving in the Navy, and again when he returned from an Oahu Army base in 1946. Asimov's phobia even found its way into his writing, particularly the Robot novels with Elijah Bayley and the Wendell Urth mystery stories. Asimov would later find pleasure traveling on cruise ships, and he was even occasionally part of the entertainment programming. For instance, he once gave a science-themed lecture aboard the RMS Queen Elizabeth 2.

Though Asimov may have avoided airplanes, he still managed to make frequent public appearances. The author often appeared at science fiction conventions, where he was known as an adept public speaker with plenty of patience for answering questions.

How Accurate Were Asimov's Predictions about the Future?

New York City hosted the World Fair in 1964, and Asimov used the opportunity to speculate on what the world would be like fifty years into the future. Asimov had some pretty interesting predictions for what life would be like in 2014:

You can read all his predictions, which were published in The New York Times on August 16, 1964. Some of them sound startlingly accurate, especially his observation that "”[T]he most glorious single word in the vocabulary will have become work!” in our ”a society of enforced leisure.”

Why Did Asimov Keep His AIDS Diagnosis Secret? 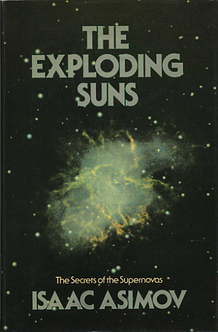 Isaac Asimov died of heart and kidney failure in 1992, but the underlying cause was AIDS. He'd contracted the disease in December, 1983, when he received blood transfusions during a triple-bypass surgery. Later his wife, Janet Jeppson Asimov, noticed suspicious symptoms and did some research. She concluded that Asimov might have HIV and urged him to get tested. But Asimov's internist and cardiologist both said she was mistaken, and Asimov was never tested. It wasn't until he entered the hospital in 1992 that doctors diagnosed Asimov's AIDS. By that time his heart valves were already infected, so they cancelled his scheduled surgery.

Asimov's diagnosis wasn't revealed until just before the publication of It's a Good Life, a collection of Asimov's autobiographical writings compiled by Janet.  For years, people believed that Janet had urged him to keep his disease secret. But she wrote a letter to Locus magazine to correct this error. Janet noted that "the doctors told us not to reveal Isaac's HIV. I argued with the doctors privately about this secrecy, but they prevailed, even after Isaac died."At the time of Asimov's diagnosis, little was known about HIV and AIDS, and the revelation that the great science-fiction author had the disease could have grievously damaged his reputation and that of his surviving family members.

What Else Don't You Know about Asimov?

Lovers of children's literature will be interested to learn that Asimov often wrote for the children's literary review journal The Horn Book. At one point, Asimov received an unexpected raise for his contribution. HE wrote to the journal about the potential error, noting that he didn't want to receive unfair treatment or place an undue financial burden on the journal. 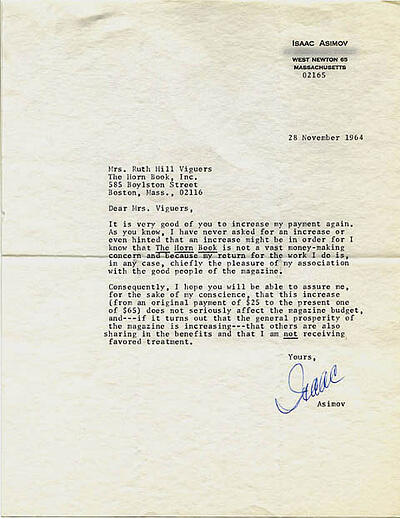 Asimov is now the namesake of an asteroid, an elementary school, and a literary award. He's also remembered each year with the Isaac Asimov Memorial Debate Panel. The event is held in cooperation with the American Museum of Natural History in New York City. Last year's theme, "Existence of Nothing," drew standing-room-only crowds.