Isabel Allende: The Interesting Life of a "Raging Feminist"

“She sowed in my mind the idea that reality is not only what we see on the surface; it has a magical dimension as well and, if we so desire, it is legitimate to enhance it and color it to make our journey through life less trying.” ~Isabel Allende, Eva Luna

Isabel Allende once said she “didn’t want a happy life but an interesting one.” Raised in Peru, Chile, Lebanon, and Bolivia, and eventually forced into exile when her cousin, Salvador Allende, was deposed as President of Chile, it is safe to say that she is achieving her goal. 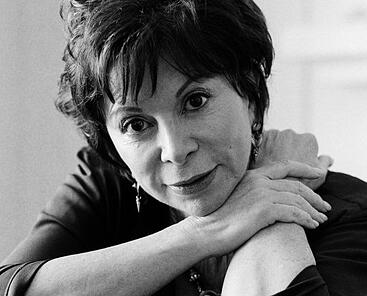 Allende is one of the most widely read authors in the Spanish-speaking world. Her debut novel, In the House of the Spirits, began as a letter to her dying grandfather and has been translated into over 37 languages. Her collected books have sold more than 60 million copies worldwide. She has received Chile’s National Literature Prize and been inducted into the American Academy of Arts and Literature.

Allende’s writing almost always centers around women. Allende, a self-professed "raging feminist" from childhood, has a particular brand of feminism that rejects the idea that “women should be more like men to achieve equality and success.” Rather, she believes “women working together - linked, informed and educated - can bring peace and prosperity to this forsaken planet;” that “feminine energy [is needed] in the management of the world.”

Her writing reflects these beliefs. Her books are deeply interested in women, not as complements to male protagonists, but as a central focus. Their world and the injustices and passions that are woven through it, form the landscape of her writing.  As a young woman in Chile, she briefly held a job translating romance novels from English to Spanish. She was fired for altering the dialogue to make the women sound more intelligent. "It was one of those things one does to make ends meet," Allende said. "The female protagonists were all retarded. I improved them, and of course I was fired."

After working as a journalist for years, she became a novelist with her bestselling, In the House of the Spirits. The New York Times called it “spectacular” and the San Francisco Chronicle described it as “nothing short of astonishing.” Her writing dips in and out of magic realism, touching on the political struggles of her country and the personal struggles in her own life and family, all with extraordinary imagination and beautifully lush metaphor. 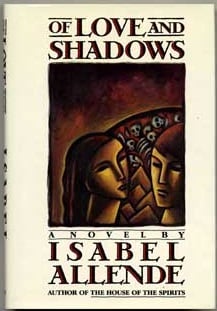 Her other novels were also well received. The Los Angeles Times Book Review wrote of Allende's third novel, Of Love and Shadows, “We are by turns enchanted and entertained. . . . Allende’s deeply lyrical voice marries the world of magic and political evil most credibly." The Washington Post Book World continued in a similar vein, “The people in Of Love and Shadows are so real, their triumphs and defeats are so faithful to the truth of human existence, that we see the world in miniature. This is precisely what fiction should do.”

Allende has written over twenty books, including memoirs, young adult novels, and collections of short stories. The same themes are present in all of her works: political injustice, complex family structure, and the relationship between the present and the past.  Her characters—whether imaginary or real—are “mavericks, dissidents, adventurers, outsiders and rebels, who ask questions, bend the rules and take risks.”

Allende's work remains relevant in today's political and social landscape. Last weekend in the United States, the third annual March for Women took place in Washington D.C. and around the country. Worldwide, women's rights and issues of equality remain hot button topics with many fighting to have their voices heard. If, as Oscar Wilde proposed, life does in fact imitate art, we'd do well to learn from Allende's characters and continue to "ask questions, bend the rules and take risks." Similarly, Allende's own take on her life and efforts is particularly inspiring:

"When I was young, I often felt desperate: so much pain in the world and so little I could do to alleviate it! But now I look back at my life and feel satisfied because few days went by without me at least trying to make a difference."