Isaiah Thomas was a patriot and a printer. His work as a publisher antagonized the British presence in the colonies, and he was the first to proclaim the Declaration of Independence in the state of Massachusetts. Furthermore, Thomas’ research of the printing process and his subsequent library of titles formed the basis for what is now the American Antiquarian Society (AAS), one of the major organizations dedicated to book collectors and history enthusiasts alike.

Arguably, Thomas’ legacy can be seen in both the AAS and in the other organizations which have taken up the torch of championing book collectors and their fervor for rare and authentic written works.

During the Revolutionary War, Isaiah Thomas fought as a minuteman in the Battles of Lexington and Concord. At the same time, he used his position as the premiere printer in the colonies to fight the British cause with his issued works. Thomas published The Massachusetts Spy, a weekly magazine which supported the Whig cause and later George Washington and his federalist party.

The British government tried to disband the paper, causing Thomas to move his headquarters from Boston to Worcester in 1775. It was there where he spent the remainder of his years as a printer, and following his retirement, worked on his compilation: History of Printing in America, with a Biography of Printers, and an Account of Newspapers.

As a printer’s apprentice and then a renown printer, Thomas developed a vast knowledge of not only the printing process but also publications in the formative years of the United States. His History of Printing in America, with a Biography of Printers, and an Account of Newspapers is still considered the premiere resource for information about printing and published works between 1640-1800. 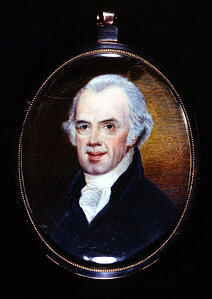 While conducting research for the treatise, Isaiah Thomas acquired a sizable collection of books and information pertaining to the project and in 1812, chose to house his library in his newly founded American Society of Antiquaries, now the American Antiquarian Society. The AAS is known as the most comprehensive research library and collection of printed works through 1876 and is still located in Worcester today.

The AAS can be a valuable resource for book collectors and historians, due to its extensive and accessible collection of information from the Antebellum period.

What follows is a brief synopsis of other major organizations dedicated to book collectors.

Antiquarian Book Association of America (ABAA) - Founded in 1949, the ABAA seeks to promote interest and excitement surrounding rare books while also providing a way to judge authenticity in the trade. The ABAA has a collegiate collectors program and educational efforts galore. For more information about the ABAA, click here.

International League of Antiquarian Booksellers (ILAB) - Founded in 1948, the ILAB has members from 34 different countries and seeks to provide open avenues for book trade across country lines. The ILAB prides itself on distinguishing quality booksellers and encourages “honorable conduct in business,” while seeking “to contribute in various ways to a broader appreciation of the history and art of the book.” For more information, click here.