J. M. Coetzee and the Politics of Otherness

In early 2007, Nobel Prize winning South African author J.M. Coetzee wrote a speech. It was delivered on February 7th of that year in Sydney, Australia, vocalizing strong support for Voiceless, an Australian animal-rights non-profit, and eviscerating the practices of the modern animal husbandry industry. It was, no doubt, a speech worthy of Coetzee’s weighty reputation. At the podium, however, the words came not from Coetzee but from award winning actor, Hugo Weaving. 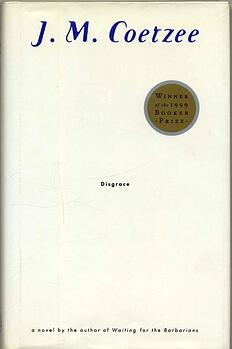 aving a speech delivered on one’s behalf by a celebrity is, in itself, not so noteworthy. It is a staple of some award shows and frequent fodder for satire. With Coetzee, however, stand-ins for speeches have become somewhat of a recurring theme. The same is true for his atypical content during public appearances. At his Nobel lecture, for instance, Coetzee made the unusual choice of reading a short story.

Coetzee used his Nobel lecture as an opportunity to expound on colonialism and the voiceless (all through the lens of Daniel Defoe’s 1719 novel Robinson Crusoe). This choice conforms to his usual approach, as in such politically charged modern classics as Waiting for the Barbarians (1980) and Disgrace (1999).

It has been said of Coetzee’s later writing that it refuses “to recognize the border that has traditionally separated political theory from fictional narrative.” While it’s not clear that this separation is as longstanding as this critic would have us believe (Coetzee is, of course, only one of the latest in a long tradition of writers who seamlessly blend the political into their works, a tradition that starts with the Greek playwright Aristophanes and crops up in the works of writers no less revered than Dante Alighieri and Harriet Beecher-Stowe), the political engagement that Coetzee showcases in his work in undeniable. He was an early and staunch opponent of South Africa’s apartheid policies, and a consciousness of those atrocities pervades much of his writing, particularly Waiting for the Barbarians. His later years found him engaging with similar fervor on the question of animal rights. 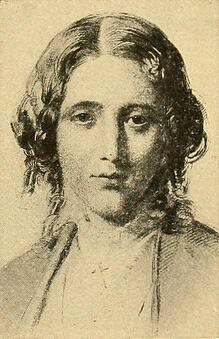 Simply put, J.M. Coetzee is a man who defies conventions. Where most political authors fall into one of two categories, advocating for themselves (as in the cases of George Orwell or Frederick Douglass) or advocating for others (as in the case of Harriet Beecher-Stowe), Coetzee's work seeks to do away with those distinctions entirely. Perhaps more apparent in the Nobel lecture than the Hugo Weaving speech is Coetzee’s propensity to collapse the barrier between other and self. If the "other" is simply anything outside the self, Coetzee inhabits that, too. Where something like Uncle Tom’s Cabin (1852) may tend toward the voyeuristic, or even the paternalistic, by treating slaves as the other even while sympathizing, Coetzee draws his countrymen in close, doing his best to efface otherness from his works. The humanity on display in Coetzee’s novels may be bleak at times, harsh and violent at other, but it is, at its best, all-encompassing while destroying boundaries.