In 1901, a young James Joyce was rapidly approaching the end of his studies at Trinity College, Dublin. A quick glance at the legendary author’s corpus, and it is easy enough to discern what he must have studied at school. Traces of St Augustine can be identified throughout his beloved bildungsroman A Portrait of the Artist as a Young Man (1916), just as a familiarity with Homeric epics must have been a necessity for his great undertaking, Ulysses (1922). These pieces were no doubt common to the reading lists of many of that era’s scholars. Where Joyce’s education may have departed slightly from the norm, however, was in his decision to study the Dano-Norwegian language. While Dano-Norwegian might not have the pedigree of Latin or Greek, or the immediately associated classics of most romance languages, it had one significant draw for the young James Joyce: Henrik Ibsen. 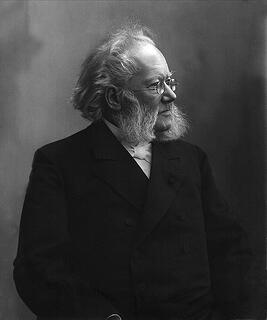 day, Henrik Ibsen is often cited as the second most performed playwright in history, upstaged only by William Shakespeare. His name has become synonymous with the very particular blend of naturist, realist, and early modernist theater he helped to pioneer.  Many of his plays, Hedda Gabler (1891), A Doll’s House (1879), and Peer Gynt (1876) among them, transcend the status of classic. His status as a dramatic giant, however, was not always so firmly cemented. His plays were often radical in both form and content, and while his native Norway quickly assimilated him into its theatrical tradition, his work caused a shock among German and English audiences that very well might not have subsided.

To illustrate the true cultural and artistic force of Ibsen’s plays, one might do well to look at a particularly elucidating example, his 1879 play, A Doll’s House. Up until its climactic moment, the play, which depicts a marriage jeopardized by blackmail, follows the conventions of the ‘well-made play.’ Simply put, the 'well-made play' was a widely used neoclassical dramatic genre, usually employed in the realms of comedy and farce, which adhered to classical unities of time and place while describing an arc from normalcy, through some sort of disruption, back to normalcy. In the final moment of Ibsen’s play, however, the expected return to normalcy is exchanged for a conclusion that was just as radical politically as it was formally. Protagonist Nora Helmer, who has tried and failed to hide a years-old fraud from her overbearing husband, rejects her husband’s offer of reconciliation. She insists that she has been treated like a child throughout her entire life, and is made to live only a facsimile of a real life. Subsequently, she leaves her husband, her children, and her home to embark on a journey of hard-earned self-discovery.

Ibsen himself insisted that the play’s end was not a defense of the rights of women, per se. Rather, it was a broader denunciation of restrictive (not to mention prescriptive) and highly regulated social mores, and the irrevocable psychological impacts they produce. While Norwegian audiences found Ibsen’s play to be adventurous and compelling, Ibsen’s attempt to bring the play to Germany was met with resistance. The company slated to perform the play refused to stage it as written, with the leading-lady aghast at the mere prospect that a mother could leave her children under even the direst of circumstances.

Rather than leave it to hapless censors and directors to bastardize his beloved work, Ibsen took it upon himself to write an alternate ending in which Nora does not leave. While this effectively placated German audiences, Ibsen was infuriated by the whole ordeal, calling it a ‘barbaric outrage.’ Very few playwrights have so inextricably linked form and content as Ibsen, and no doubt even fewer have been forced to renege on radical contributions to both. 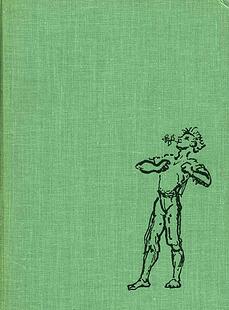 hroughout history it has often taken genius to recognize genius. Ezra Pound, for instance, contributed to the western cannon not just with his own Cantos, but by supporting James Joyce in his early career. And Joyce, for his own part, seems to have earned that karmically. In a 1901 fan letter to Ibsen, Joyce describes with youthful fervor both his admiration for the aging playwright (who had previously written Joyce following a generous review in a student newspaper) and his full-throated attempts to bring him into the public consciousness.

Neither, indeed, was Joyce alone in his championing of Ibsen. Nobel Prize winning writer George Bernard Shaw (who wrote The Quintessence of Ibsenism in 1891) was an early supporter of Ibsen’s plays, doing his damnedest to bring him wider audiences in Britain.

Without the work of these two equally titanic forces in literature, one of the most innovative and beloved playwrights of the 19th Century might have languished in obscurity.