The Nobel Prize in literature has had an interesting and often controversial history since first awarding the prize in 1901.  The year 1964 is perhaps one of the more intriguing stories of the Swedish Academy’s tradition.

When rumors surrounding the nominees began circulating during October 1964, Jean-Paul Sartre discovered that he was among the writers being considered for the laureate.  Immediately, Sartre wrote to the Swedish Academy to inform them that he wanted to be withdrawn from consideration.  At that point, he was unaware that there is no consultation made with nominees.  Much to his chagrin, Jean-Paul was indeed announced the winner of the 1964 Nobel Prize in literature “for his work which, rich in ideas and filled with the spirit of freedom and the quest for truth, has exerted a far-reaching influence on [the] age.”  This is the point at which interest in the 1964 prize is piqued, and a few facts should be noted about both Sartre and the Swedish Academy’s Nobel Prize. 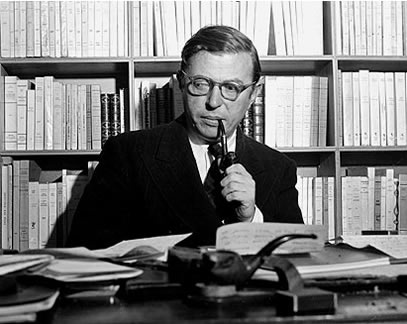 Let us first address the written refusal from Sartre addressed to the Swedish Academy, assuring them that he had both personal and objective reasons for refusing the award.  Sartre cited that he would denounce the prize based on principles which were not only his own, but shared by all of his comrades.  He wrote, “That is what has made so painful for me both the awarding of the prize and the refusal of it I am obliged to make.”  Equitably, he had consistently refused any awards or accolade including the Legion of Honor in 1945.  His humble conception of the writer and their task was that their work should be modest and self-effacing.

The Nobel Prize in literature was established to award one for the most outstanding work in an ideal direction.  More liberally, and with “work” defined as the author’s work as a whole, the writer’s literature is awarded for having lasting merit and consistent idealism. The goal, when founded, was for the Nobel Prize to focus priority on work which displayed ideals, principles, values and goals over concrete reality.  Examples of this type of literature is that of the spiritual realm, abstract reasoning such as the work of Plato, and existentialism, which Jean-Paul Sartre was certainly familiar with, having been a professor of philosophy in Le Havre, Laon, and Paris.

Sartre was a leading figure of his time in the areas of existentialism theory and Marxism and a staunch socialist supporter.  What his philosophical views means to the laymen is that each individual is responsible for creating a purpose for and in their life.  There is no inherent meaning unless it is developed by every person authentically with passion and sincerity.  This theory suggests that the existence of the individual precedes the essence, the crux, or the basis of one’s life and its significance.  Sartre’s Being and Nothingness ends with “all these questions, which refer us to a pure reflection...can find their reply only on the ethical (or moral) plane.”

One assumes, based on his principles, that he intended to create his life’s meaning of his own work in a humble nature.  “This attitude,” he offers, “is based on my conception of the writer’s enterprise.  A writer who adopts political, social, or literary positions must act only within the means that are his own–that is, the written word.” Sartre refused all honors that would identify him as any sort of supra-individual or overstate his individual value.  As a supporter of philosophical socialism and a Marxist, he believed that a truly free society meant that citizens would live within a classless and stateless political environment where private property would be abolished and the individual allowed to pursue and develop their own interests and talents. Certainly, these philosophical and political opinions influenced his resistance to any award that would imply his association with a specific social class, as he fundamentally disagreed with hierarchal positions.

He protested associating his personal commitments (both philosophical and political) with any attached institution including the Swedish Academy and the Nobel Prize.  In fact, in his rejection letter, he declared that “A writer should not allow himself to be turned into an institution.”  The word “institution” itself suggests a social purpose to transcend the individual. Commonly, the word is applied to customs and behavior patterns in a society and as a mechanism of social order, an “institution” would imply a society in which a class system would exist and would conflict with Sartre’s vision of a truly free society.  An “institution” as etymologically used by Sartre in Being and Nothingness strictly fated men to individual freedom and that they each had a social responsibility.

Along with his personal reasons for declining the prize, his objective reasons also touch on a bit of controversy surrounding the Nobel Prize.  Critics asserted that the Prize was plagued with political influence and Eurocentrism.  Sartre postulated that past awarded winners did not represent equally all ideologies and nations, and was concerned that his work would be unjustly and undesirably misinterpreted by rightist circles who would criticize “certain past errors.”  Sartre, himself, disagreed with particular laureates of past awards, including, interestingly enough, Boris Pasternak who also refused the Nobel Prize in literature in 1957, though for different reasons.

With the insight offered by Sartre in his declination letter, he officially refused to accept both the award and the monetary prize, stating that, “If I sign my self Jean-Paul Sartre it is not the same thing as if I sign myself Jean-Paul Sartre, Nobel Prizewinner.”  It is evident that he wanted to accept no awards which would add more weight to his name both literally and figuratively.