John Hersey and the Journalism Event of the Century

When the New Yorker published John Hersey’s “Hiroshima” on August 31, 1946, nearly everyone was stunned. The issue sold out within a few hours. Albert Einstein himself ordered one thousand copies. Newspapers and periodicals everywhere requested permission to publish it, as did the American Broadcast Company. Even a theatre company wanted to adapt it for the stage. It had been a year since the atomic bomb was dropped on Hiroshima, and so little was known in the West about the aftermath of the fearsome new weapon. Then came Hersey’s extensive article, and people's eyes were opened. 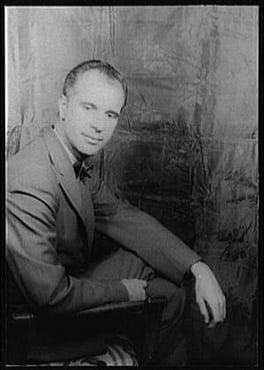 Even the staffers at the New Yorker were surprised by the article. “Hiroshima” was kept secret for as long as possible, involving primarily Hersey and the editors of the magazine. At 31,000 words, it took up nearly all of the New Yorker issue in which it was published, something that the magazine hadn’t done before and hasn't done since. There were no cartoons, no poetry or fiction, and employees at the magazine endured over a week of their bosses’ unexplained despondence.

The editors were likely right to afford the piece its special treatment. It became a sensation of journalism and was voted the best of the century by an NYU journalism panel. Only a few months later, it was published as a book by Penguin and has sold three million copies to date.

Hersey was sent to Hiroshima as a reporter in May 1946. He was one of the first journalists from the West to cover the effects of the atomic bombs on Japan. With little help from government officials or authorities, Hersey profiled six survivors of the bombing to tell their story. After all, the figures often provided to describe the event do no justice to the people they contain, or the people they are intended to educate. As Nobel laureate Wislawa Szymborska wrote “History counts its skeletons in round numbers. / A thousand and one remains a thousand, / As if the one had never existed.” In the case of the atomic bomb, not only are numbers lifeless — they are inaccurate. On August 6, 1945, an entire city of 250,000 people was destroyed. And the bodies that disappeared were no easier to count than the many who would die of their wounds, malnutrition, or cancer anywhere from days to decades later. Estimates of the dead are staggeringly disparate, with the highest figures being different from more conservative estimates by over 100,000 lives. 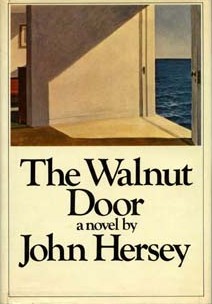 Hersey set out to tell actual stories. He found a Jesuit missionary who survived the explosion, and through him was able to connect to five other survivors. The survivors described some of the gruesome effects of the bomb: eyeballs melted onto cheek; shadows etched on walls; skin that slipped off like a glove. Some scenes, such as when fatigued survivors ate pumpkins and potatoes that were roasted in the ground by the blast, are triumphant and heartbreaking in only the way this new frontier of cataclysm could be. New Yorker editor Wallace Shawn believed this article was a chance to wake people up about the implications of this weapon — one which we must understand if we are going to consider using it.

Hersey’s language was meticulously understated, allowing the reader to reckon with the facts on her own. Scientists, including one who worked on the Manhattan project, wept and felt guilty about what his creation was capable of. No one had an excuse to be ambivalent about the tool that helped end the war.

To this day, “Hiroshima” is a touchstone of journalism. The way John Hersey balanced emotion and objectivity, moral urgency and fact, proves an exemplary method for any journalist to adopt. "Hiroshima" is a work that deals with history, war, suffering, recovery, duty, empathy, and countless matters that will keep it, for generations to come, from being “old news."