In an era when industrialization and commerce have separated us from nature, some modern writers feel inclined to render beautifully our native, ecological world. Among the most significant of these pastoral writers is Nobel laureate, John Steinbeck, whose gorgeous prose reminds his readers that humans are inseparable from the flora and fauna. 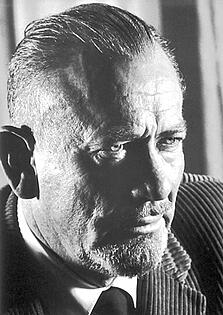 hn Steinbeck grew up in Salinas, California. At the time of his birth in 1902, his hometown was a small hamlet of 3,000 people. Born in the American West, Steinbeck witnessed the development of his birthplace at the hands of land dealers and businessmen, exploiting the land for their benefit. This upbringing, combined with coming to maturity in the Great Depression--a time when people who were willing to work for food nonetheless went hungry--molded the author. Steinbeck's writing would always carry with it a suspicion of the economic systems that encourage people to abuse rather than cherish the earth.

As a man, Steinbeck was no perfect environmentalist. The Log from the Sea of Cortez presents an interesting example. While the book is a thoughtful consideration of the sea and sea life, Steinbeck and his partner nonetheless enjoy the rather pointless and unscientific killing of manta rays. John Steinbeck may have been a rebellious advocate for nature, but that does not mean he always upheld his ideals.

Personal transgressions aside, one is obliged to appreciate Steinbeck's startling emphasis of nature. His biographer Jackson Benson attributed the author's “rich inner life” to “a special relationship he developed with nature...Over and over again in looking back on his childhood, Steinbeck uses such words as ‘secret,’ ‘special,’ and ‘magical’” in reference to the natural world. It was through a shrewd sensitivity toward the ecological environment that Steinbeck was able to depict and conceive of two separate primal landscapes. The first is the ostensibly external landscape: that which encompasses our relationship to the meadows and the gallop of horses on the soil. The other is the interior landscape: that which is often shaped by the places where we reside. 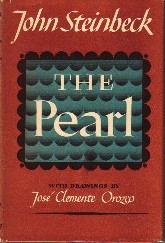 inbeck had a glorious sense of humanity as inextricable from nature while simultaneously beyond it. "Nitrates are not the land," he writes in his masterpiece The Grapes of Wrath, "nor phosphates and the length of fiber in the cotton is not the land. Carbon is not a man, nor salt nor water nor calcium. He is all these, but he is much more, much more; and the land is so much more than its analysis." To be removed from the land is to be removed from fellow man, Steinbeck argues. While immigrant workers maintain the fields, sacrificing their bodies to the crops, the farm owners are far away. They ruminate over papers, over numbers and documents, far from the workers whose toil they require.

As Steinbeck suggests, it is a human duty to be familiar with the elements that compose us and our environment. Yet while we are made of these things, we are far greater than the sum of our parts. To prevent us from running away with our arrogance, we must constantly recognize our fellowship with nature. And nature, while something to respect, is also something we must evolve from as we strive to be kinder and more compassionate human beings.