Joyce Carol Oates: A Life of Productivity and a Very Busy Twitter Feed!

This week we celebrate the life of Joyce Carol Oates, celebrated author, poet, and playwright. As the author of over forty novels, short stories, plays, volumes of poetry, and non-fiction, she is known and loved around the world for her work.

Despite the fact that Oates was born in 1938, and that she is widely known to only write in long hand, she has embraced technology and has become an extraordinarily prolific user of Twitter.  Oates uses it not just as a means of noting her whereabouts or the ever-loved selfie, but also for sharp wit and 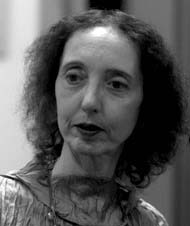 wisdom of a woman who has lived through decades of life and is now able to quickly and succinctly express her pleasure, or even extreme displeasure on life, politics, the media, or really any topic she feels that she can fairly address in 140 characters or less. However, her love of Twitter, and the instant ability to share her opinion has brought a fair amount of controversy.

Some of the most recent controversy has come about as a result of a series of tweets she sent out in 2013 regarding Egypt, Islam, and sexual harassment, which included her asking the question “Where 99.3% of women have been sexually harassed & rape is epidemic – Egypt – natural to inquire: what’s the predominant religion?” Clearly, the reaction to this was huge. People came out of the woodwork on Twitter to defend religion as a whole, to defend Islam, and to question the fairness of her question. 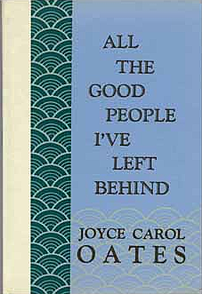 Still Oates has not been deterred by what she refers to as the “lynch mob mentality” of Twitter. She refers to it all as currents that shift easily, ignoring much of the negative response she gets to her opinions.

Since then Oates has still yet to shy away from controversy, sparking debates on gun control, animal rights, and the state of society. In the end, from the fathomless depths from which her work arrives, or the depths of mind from which her more than 6,000 tweets have come, she seems to hold these truths as the most important to her life and her work – "We work in the dark—we do what we can—we give what we have. Our doubt is our passion, and our passion is our task. The rest is the madness of art." – Henry James.

In her astonishingly prolific career she has produced some fantastic and highly collectible works, which should not be overlooked.