Juliana Berners and the Creation of Fishing Literature

By reliable accounts, The Treatyse of Fysshynge with an Angle (1496) is the earliest surviving volume on the subject of fishing. It was published by St. Albans Press, the third printing press established in England. Treatyse is a well-written volume: both an intriguing artifact of the history of the sport and an insightful guide for today's modern fishermen. Interestingly enough, given the time period in which it was written, Treatyse was penned by a woman: a prioress named Juliana Berners. 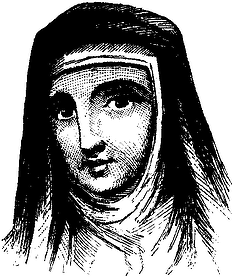 Juliana Berners’ Treatyse was written as an entry for the second printing of the Book of St Albans, the entirety of which may have been written by her. The book included writings on matters of sport and recreation in addition to fishing, such as hawking, hunting, and snaring. It is suspected that these writings drew from documents that no longer exist. Still, Berner’s Treatyse of Fysshynge wyth an Angle is regarded as one of the sources for the best known book on sport fishing, Isaak Walton’s The Compleat Angler, which Treatyse predates by some one and a half centuries.

Berners begins her book by posing the question: what prolongs a person’s life? It is surely happiness, she contests. Activities that are conducive to this elevation of spirit are what she calls honest games, which entail the pursuits of hunting, hawking, fishing, and fowling. Berners audaciously continues by discussing the virtues of each pastime. She firmly extols the benefits of fishing, setting it in higher esteem than even hunting, which was regarded as the activity of kings and nobles. Hunting, she said, was too laborious, begetting exhaustion and frustration. According to Berners, as far as honest games go, there is nothing that favorably engages the body and spirit like the practice of fishing: “It will be a true pleasure,” she writes, “to see the fair, bright, shining-scaled fishes deceived by your crafty means and drawn upon the lands.” 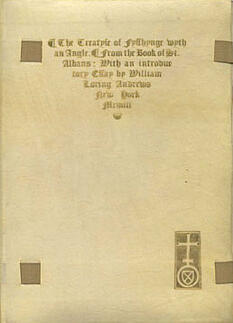 Treatyse is written for the fisherman starting from scratch. You can’t fish if you don’t have a rod, and Berners instructs the reader in detail how to acquire the necessary equipment in an age before the sporting goods store. Fishing literature began not only with a close understanding of philosophy and technique, but of craftsmanship. The book details for its reader how to make a rod, covering everything from the size of the rod, the type of wood to be used, and how to age it so it ends up both strong and pliable.

Berners’ knowledge of fishing and her attention to detail ought to impress the most expert of fisherman. Continuing her lesson on building one’s fishing equipment, she instructs the reader how to make a line out of horse hair. She then suggests having six different lines, all dyed a different color, from yellow to green to russet. The use of each colored line depends on the season, or when the line will be most inconspicuous to the fish and most likely to garner their bite.

The book continues with other tools of the trade, from lead sinkers to cork floats, to the manufacture of the fishing hook. Berners asserts that making a hook is a delicate craft and requires some experience to do properly. 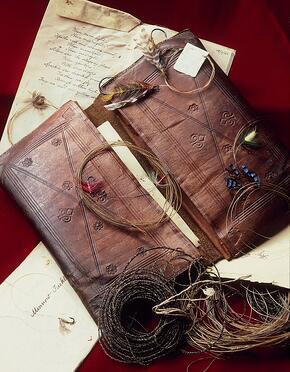 The tips Berners offers are impressively keen and modern. She warns against being too close to the water’s edge or allowing one’s shadow to frighten the fish. She talks of where in the body of water to deploy the hook. She teaches the reader what time of day fish are most likely to feed, and in what weather they will bite. She also distinguishes by behavior the different types of British freshwater fish, and the twelve principal reasons an angler might have a failed fishing day.

Her lessons are also marked by her amusing tone. Whether she intends to be or not, Berners is occasionally funny with her opinions. For example, she looks down on the pike because it eats its own kind.

There is in the end, a careful consideration, a morality, in the act of fishing. Berners warns against misconduct, such as fishing in another man’s water without permission. “You must not,” Berners instructs, “use this aforesaid artful sport for covetousness or saving of your money only, but principally for your solace and to promote the health of your body and your soul.” In founding the literature of sports fishing in Treatyse of Fysshynge wyth an Angle, Juliana Berners created the ethos of the pastime, as a skill, a discipline, and a philosophy.