The history books all agree that the 1960s were a period of enormous social upheaval in Great Britain. The psychedelic rock, mini-skirts, and hedonism of the post-war generation were inescapable. While there is no one event that can be identified as the tipping point for cultural change, some historians give credit to the public obscenity trial of D.H. Lawrence’s novel, Lady Chatterley’s Lover. Previously banned by the British government, Lady Chatterley’s Lover divided people in opinion – was it a literary classic or was it thinly-veiled pornography? The trial, which was meant as a test case, did not go quite as the prosecution intended. 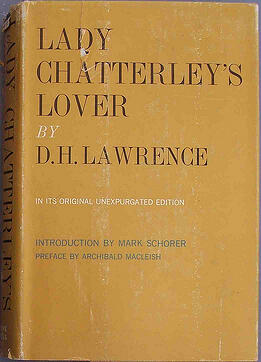 D. H. Lawrence wrote Lady Chatterley’s Lover in 1928, but like Vladimir Nabokov's Lolita, no publisher in the U.S. or U.K. would print it as it was. The book was available, however, in an expurgated form. Then in 1960, Penguin Books published seven of Lawrence’s works to mark the 30th anniversary of his death. One of those books was Lady Chatterley’s Lover. It was a fortuitous time: the laws regarding obscenity in art had recently been updated. The Obscene Publications Act of 1959 stood to keep pornography illegal while allowing literature to include obscene language or subject matter – but only if it contributed to the whole of the work.

The Director of Public Prosecutions went after Penguin Books on behalf of the common good. D.H. Lawrence was an author known for his scandalous writings, and even though the U.S. ban on Lady Chatterley’s Lover had been overturned the previous year, the British legal magistrates were confident the case would work in their favor. Penguin might have escaped the magistrate's attention if they had printed an expensive edition. As it was, the price was low enough to be affordable for women and working class citizens, and therefore, it was considered a threat to society’s virtue.

Mervyn Griffith-Jones, counsel for the prosecution, famously asked the jury in his opening statements, “Is it a book that you would even wish your wife or your servants to read?” The prosecution would continue to show itself as patriarchal, prudish, and completely out of touch with the current culture. The defense, on the other hand, called many witnesses to defend the book’s overall literary value, including the Anglican Bishop of Woolwich and sociologist Richard Hoggart. The bishop, Dr. John Robinson, went as far as testifying that Lady Chatterley’s Lover portrayed the sexual act as a sacramental one, “in a real sense a holy communion.” The prosecution tried to find experts to denounce the book, but had no success. There were simply no literary experts that would support the ban. 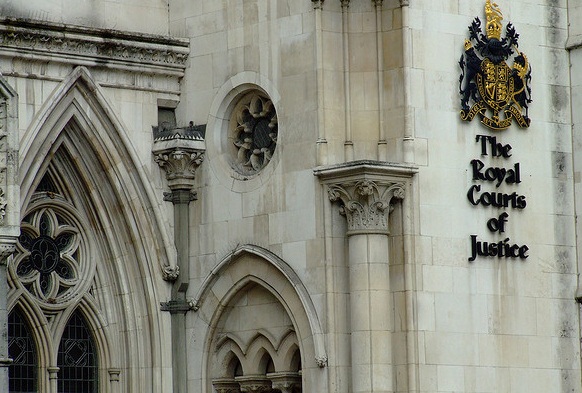 In his closing statements, Griffith-Jones attempted to appeal to the jury on terms that the book promoted sexual promiscuity and had one scene that suggested sodomy (still a criminal act in England and Wales). Perhaps if he had used the latter point in arguments, the jury may have been swayed. Instead, it only took the jury three hours to return with a verdict of "not guilty" for Lady Chatterley’s Lover.

This one trial opened the proverbial floodgates to less restriction of sexual discussion in entertainment, especially theater and television. You could hear words on the BBC in the 60s that you still won’t hear on network television in the U.S. Penguin sold more than three million copies of Lawrence’s book in the months following the trial. With that many copies sold, Lady Chatterley’s Lover likely played its part in the sexual revolution of the next decade. Along with the high literary contribution of Lawrence’s work, the fallout of “R v Penguin Books Ltd.” makes Lady Chatterley’s Lover one of the most influential books of the 20th century.