Langston Hughes: A Powerful Voice in the Harlem Renaissance

The magic nestled in a good poem is the ability to use only a handful of words to capture a seemingly indescribable emotion, situation, or culture. James Mercer Langston Hughes, who wrote under just "Langston Hughes," understood this magic well and used it to rise to the top of the American poets of his day. He was one of the prominent writers of the Harlem Renaissance. Although he was fiercely proud of his heritage and identity as a black man, his words crossed stubborn racial boundaries during a hostile and segregated time period, earning him a well-deserved spot in the history of literature. 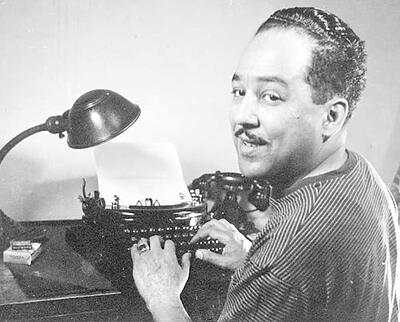 Hughes was born on February 1st, 1902. His parents were biracial, both children of slave owners and African-Americans. His genealogy included many heritages, including Native American, Jewish, French, and English. However, he primarily identified himself as African-American, and he distanced himself from his father, who held oddly negative views about black culture in the United States. 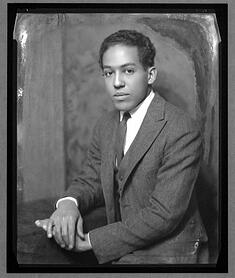 Although Hughes was born in Joplin, Mississippi, he moved around a lot during his childhood, spending most of his early years in the Midwest. When his parents divorced, his father left the country and his mother found herself unable to raise him while also seeking steady employment. Hughes moved in with his grandmother until her death. It was during this time that he first heard the call of the written word. After a period of loneliness, Hughes said, "Then it was that books began to happen to me, and I began to believe in nothing but books and the wonderful world in books – where if people suffered, they suffered in beautiful language."

When Hughes graduated high school, he reached out to his father for financial assistance in college. Hughes aspired to be a writer, but his father would only provide the funds if he studied engineering instead. Hughes agreed to these terms at first, but he eventually dropped out after facing racial prejudice on campus. He put his focus on writing poetry while taking up many odd jobs to make ends meet. Eventually, Hughes finished his formal education at Lincoln University. 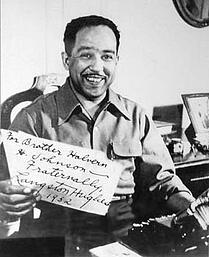 By this time Hughes had published his poems in several magazines and put together a book of his work. His name began to spread outside of the black community when he befriended Vachel Lindsay, a contemporary poet who publicly endorsed his work in broader circles.

After a surgery that resulted in life-threatening complications, Hughes passed away on May 22nd, 1967. His body was cremated, and his ashes were delivered to the Arthur Schomburg Center for Research in Black Culture, a research library in Harlem that named an auditorium after him.

Hughes is most often remembered as a leader within the Harlem Renaissance, a time characterized with an abundance of artistic contributions from the black community. Although many scholars point out that African-Americans had been creating stirring and powerful creative works for years beforehand, the Harlem Renaissance marks the time when these artists and writers finally received the recognition they deserved from the entire population. Hughes, who wrote unabashedly about his experiences – both positive and negative – as a black man, became an unforgettable part of this awakening in America.