Legendary author Harper Lee passed away today at the age of 89. She leaves behind a legacy that has reverberated through the international literary community since the publication of her landmark novel, To Kill a Mockingbird, in 1960. The novel was an instant sensation worldwide and earned Lee a number of prestigious accolades, including the Pulitzer Prize for Fiction in 1961. 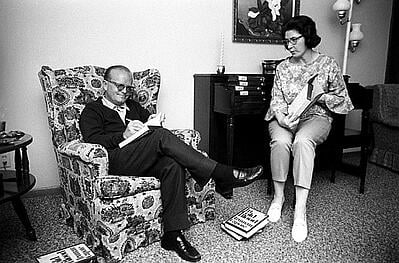 Nelle Harper Lee was born on April 28, 1926 in the sleepy town of Monroeville Alabama. As a girl, she became friends with another future writer: Truman Capote. The two were outsiders among their peers but discovered an affinity for each other. According to Capote biographer, Gerald Clarke, “Nelle was too rough for most other girls, and Truman was too soft for most other boys.”

Lee’s father was a lawyer who served on the Alabama State Legislature. Both Lee and Capote were interested in crime; Capote said, “We went to trials instead of going to the movies.” Before entering politics, Lee’s father unsuccessfully defended two black men charged with killing a white shop owner; this trial may have been Lee’s first inspiration for Mockingbird. Lee and Capote obtained an old typewriter and began writing stories together.

The two continued to collaborate after Lee moved to New York City.  Lee agreed to help Capote research an article for The New Yorker based on the murder of a Kansas farming family. Their work formed the basis of Capote’s classic work, In Cold Blood. Working as Capote’s research assistant, Lee was instrumental in forging relationships with the townspeople and accomplishing many of the interviews. Unfortunately, their friendship suffered irreparably after the 1965 publication of In Cold Blood. Capote dedicated the work to both Lee and his lover, describing her role as merely “secretarial help.”

Concurrent with the composition of In Cold Blood, Lee focused on her own writing. Two of her friends gave her a year’s worth of living expenses so that she could write full time. Lee quickly completed her novel, To Kill a Mockingbird. After two and half years editing the draft, it was published in 1960 and became an instant bestseller. 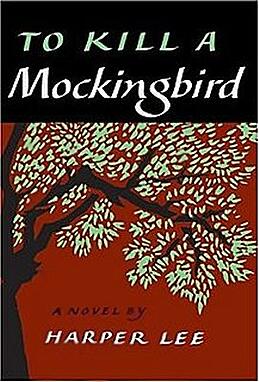 Lee was overwhelmed by the success of her novel and shrank from the public eye. She sought a quiet existence in her rural hometown. Biographers speculate that the extraordinary success of Mockingbird and Lee’s resulting celebrity paralyzed her writing. She once said, “I’ve found I can’t write...I have about 300 personal friends who keep dropping in for a cup of coffee.”

In one of her rare interviews, Lee said, “I never expected any sort of success with Mockingbird. I was hoping for a quick and merciful death at the hands of reviewers, but at the same time I hoped that maybe someone would like it enough to give me encouragement—public encouragement. I got rather a whole lot, and in some ways this was just about as frightening as the quick, merciful death I’d expected.”

While many readers and critics believed Lee would never publish another novel-length work, Lee shocked the literary community in 2015 with the announcement that a sequel to Mockingbird titled Go Set a Watchman was set to be published later that year. Perhaps one of the most hotly-anticipated releases in recent decades, the novel takes place roughly 20 years after the events of Mockingbird and centers on Scout's return to the South and her relationship with the region's racial politics and her father, Atticus.

The novel garnered much controversy in the racist portrayal of Atticus Finch, the central crusader for racial justice in Mockingbird. Controversy aside, Watchman was met with record-breaking sales and largely enthusiastic critical reviews.

Lee died Friday morning at the age of 89 at her home in Alabama.

Portions of this article were initially published in in 2014; however, we hope you enjoyed it as a celebration of Lee’s life and her extraordinary impact on American arts and letters.