Imagine standing in a crowd watching paint dry. For most of us, we could not picture anything more boring. However, most of us were never able to watch the immensely talented LeRoy Neiman paint. Known for his public paintings of anything and everything, Neiman is one of the most recognized and revered expressionist painters of the twentieth century. 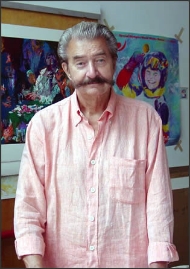 Born on June 8, 1921, Neiman was relatively unknown until following a stint in the U.S. Army in World War II. He began his association with Playboy Magazine after meeting Hugh Hefner in 1954. Hefner was Neiman's impressed with his paintings of boxers, strip clubs and restaurants that he commissioned him for illustrations for several of his stories in his new “men’s magazine.”

Over the next fifty years Neiman would play a role as a major contributor to Playboy Magazine. He created “Femlin,” a character who has appeared on the joke page of Playboy in every issue since 1955. Additionally Neiman was the author and illustrator of “Man at His Leisure,” a column chronicling Neiman's glamorous adventures around the world. 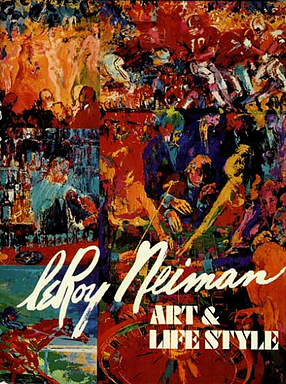 However, Neiman is not known just for his association with Playboy, but also for his prolific representations of sporting events. He would paint occasions such as the Olympic events, horse races, golf tournaments, and even the famous chess face-off between Bobby Fischer and Boris Spassky. Many of Neiman's paintings were done live in front of a crowd and even on television. He was also a technological pioneer, utilizing a computerized electronic pen to convey scenes to the television audience during both the 1978 and 1979 Super Bowls!

As a result of a lifetime worth of work, Neiman has been the author of several immensely popular and collectible books of his work. His books include, LeRoy Neiman: Art and Lifestyle, Horses, Winners:My Thirty Years in Sports, Big Time Golf, On Safari and several other anthologies along with his memoir, All Told: My Art and Life Among Athletes, Playboys, Bunnies and Provocateurs.