Libraries and Special Collections: The Abbey Library of St. Gall

In its most basic form, a library is just a collection. Traditionally, it’s a collection of books, but these days, people have music or movie libraries. The collection acts as a storehouse of information. As much as we like to think of a library as an unchanging thing in a changing world, they are just as susceptible to the influences of politics, money, and time. The Abbey Library of Saint Gall is a perfect microcosm of history as fact and the progression of time.

Before there was a library, there was an abbey. The Abbey of Saint Gall, located in modern day Switzerland, was founded sometime in the 8th century by St. Othmar on the site of St. Gall’s hermitage. For most of its ecclesial existence, the abbey was home to a Benedictine order in the Catholic Church. The monks soon took up the practice of copying manuscripts, and a library was established by Abbot Waldo of Reichenau. Monks and chanters from all over Christendom came to study and copy manuscripts.

Real trouble began for the library (in documented history, anyway) around the year 924, when threat from invaders of what is now Hungary forced the monks to move the books to another abbey. Most (but not all) were returned nine years later. Then the abbey was ravaged by fire, though the library miraculously remained unscathed. After the Reformation, both the abbey and library were raided by Calvinists and many of the ancient books were scattered. Abbot Diethelm immediately began rebuilding. 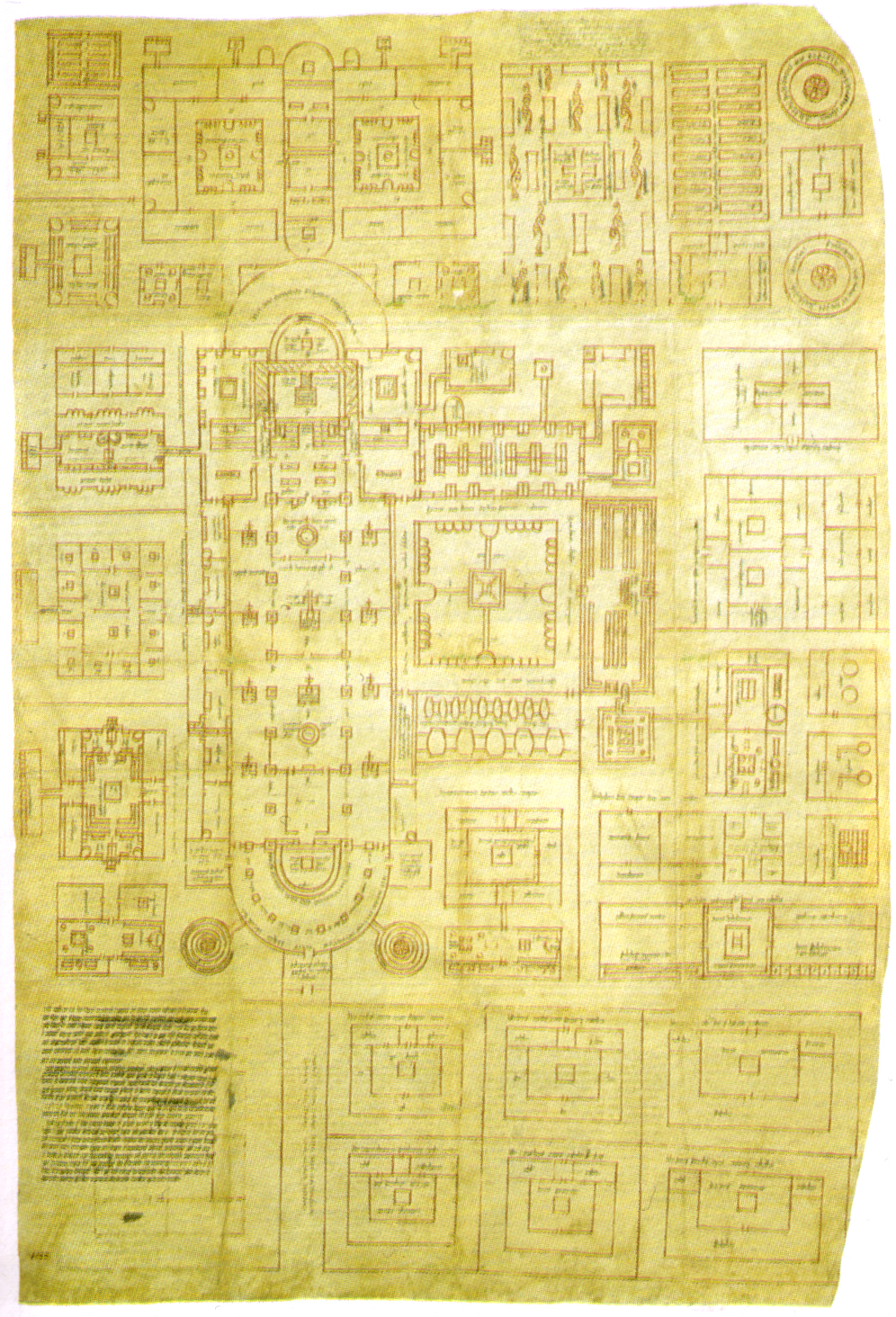 Up until this point, the abbey’s scriptorium (where scribes copied manuscripts by hand) was the only way to reproduce texts. The 17th century saw the introduction of a printing press to the abbey, which undoubtedly sped the growth of the library’s collection. Alas, the library was still not safe from outside forces: it was pillaged by the Swiss in 1712 who took most of the books to Zurich and Bern. The abbey, which from the 13th century until 1798 had operated as an independent city-state under the Holy Roman Empire, was first secularized, then turned into a cathedral.

Despite continual attacks from various groups of people, the Abbey Library of Saint Gall is considered one of the richest medieval libraries still in existence. It holds one of the most comprehensive collections of early medieval books in the German-speaking part of Europe. Among its precious manuscripts are several portions of the Christian Gospels over a thousand years old; a volume called Priscian’s Institutiones grammaticae, which is a treatise on Latin grammar; and a very unique architectural drawing known as the Plan of St. Gall laying out the ideal set-up for a Benedictine monastery.

The Abbey of Saint Gall was declared a UNESCO World Heritage Site in 1983 as a perfect example of the Carolingian monastery. The library room itself has been beautifully restored and decorated in the ornate Rococo style. It is now a working lending library holding over 170,000 volumes, though books made before 1900 must be kept in the reading room. Like many rare book and manuscript libraries, they are in the process of digitizing some of their oldest documents, which you can browse on their Flickr account.

We can be thankful that the Abbey Library of St. Gall survived the hardships of the past millennium while so many other medieval libraries vanished. It is all the more precious for it.