Fans of the Harry Potter movies would recognize the Upper Reading Room of the Bodleian Library in Oxford. The filmmakers used the picturesque library – filled with old tomes, decorative shelving, and books chained to the stacks – to recreate the Hogwarts school library. The Bodleian is not only one of the most recognizable libraries in the world, but also one of the oldest and most revered. 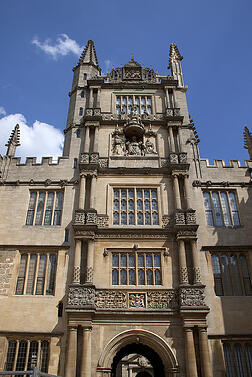 The Bodleian Libraries system actually comprises almost one hundred libraries all over the University of Oxford campus. There’s the historical reading rooms and Radcliffe Camera (‘camera’ is Latin for ‘room’) open to visitors and tourists, the working libraries for undergraduates and graduates to research and study, and the specialized collections that serve individual academic departments. But what is the history of Oxford's renowned library?

Although the University of Oxford has no known founding date, there’s evidence of it existing in some form as far back as 1096. The first official university library came into existence around 1320, but it wasn’t until a substantial gift in 1444 from Humfrey, Duke of Gloucester, younger brother of King Henry V, that the school constructed a new library. Unfortunately, due to funding problems, the library wasn’t open until 44 years later.

King Henry VIII’s split from the Catholic Church had severe consequences on the Oxford library. Henry’s son, King Edward VI, declared in 1550 that all texts pertaining to Roman Catholicism were to be purged from the country. Books and manuscripts were burned or sold off for scrap materials. The collection was a shadow of what it had been and it remained thus depleted for almost 50 years. 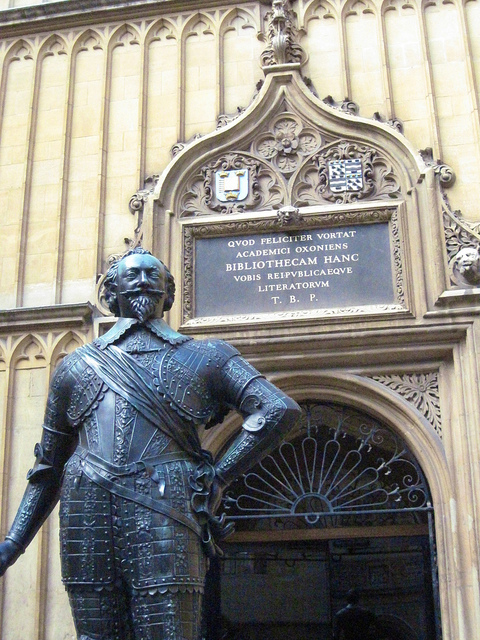 It was a scholarly courtier and son of a merchant who saved the library and gave it his name. Sir Thomas Bodley (knighted in 1604) had retired from court politics and married a wealthy widow when he set his sights on restoring the Humfrey library. The university accepted his proposal in 1598, and Bodley worked tirelessly for the rest of his life to make the library great once again. He set into motion the building of the Quadrangle to be used for lectures and book storage. He also made an agreement with the Stationers’ Company of London that a copy of every book published in England and properly registered would be deposited in the Oxford library, free of charge. This contract made the Bodleian into a legal deposit library, one of only six in the U.K. and Ireland.

Throughout the rest of its history, the Bodleian Library grew in size and in renown. Scholars from all over Europe came to study its precious manuscripts and academic works (although undergraduates weren’t allowed until 1856). Finding enough space on the crowded campus to house the collection has always been a challenge, and up until the last century, the historic library buildings had no source of heat, air conditioning, or artificial light.

The Bodleian is open for tours most days. At the same time, the libraries must serve its student population (as well as visiting scholars) with all the amenities of a top research institution. It has one foot in the past and one foot in the present, which is perhaps the goal of libraries everywhere.