Literary Activism: The Influence of Politics on People 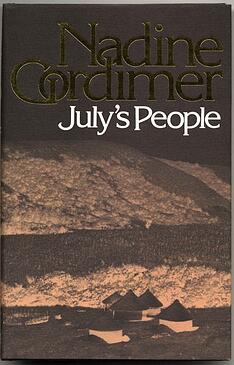 In describing Gordimer, whose novels centered primarily on Apartheid and the other political and social machinations of her home country, the interviewer wrote:

“A petite, birdlike, soft-spoken woman, Gordimer manages to combine a fluidity and gentleness with the seemingly restrained and highly structured workings of her mind…Her manner seemed to say, “Yes, these are important subjects we’re discussing. Now let’s get through talking about them so I can get back to the business of writing about them.”

And therein we find the crux of so many authors turned activists: the unabating to desire to say something through their writing, to affect some change on the world in which the author resides.

For Gordimer – who characterized what drives her writing as “seeking that thread of logic and order” – this meant deep and often scathing critiques of race and class in South Africa, commentary that earned her a Nobel Prize in Literature in 1961, but a cause that also saw two of her more lauded novels banned by the South African government: The Late Bourgeois World in 1976 and Burger’s Daughter in 1979.

Gordimer’s subsequent novels, stories, and essays helped expose the world to a tumultuous time in South Africa’s history, and provided outsiders with a comprehensive view of the country’s struggles with race, class, politics, and violence.

But Gordimer is not alone in what’s commonly referred to as ‘literary activism.’ Here are a few more famed authors whose work seeks to not only resonate with an audience as art, but also help improve the world in which that audience lives.

Speaking of his 1906 fictional examination of Chicago’s meatpacking industry The Jungle, Upton Sinclair said, “I aimed for the public’s heart…and hit it in the stomach.”

Sinclair is a prime example of the accidental literary activist. Traveling to Chicago from his home in New Jersey in the fall of 1904, Sinclair intended to write a novel about the city’s meatpacking workers after seeing first-hand other food and agricultural injustices in his home state. While Sinclair hoped to expose the horrid working conditions and squalor in which many meatpackers lived – groupings of poorly-built, dilapidated shacks along off-shoots of the Chicago River were referred to as Shantytowns – he had no idea the kind of response his novel about an immigrant meatpacker and his family would provoke.

The Jungle was published to great critical acclaim and sparked a White House investigation into the conditions of many Chicago meatpacking facilities. In addition, subsequent legislation on the part of the USDA vaulted Sinclair into the spotlight as an advocate for humane treatment of workers and sanitary facilities in food processing plants across the country.

As an aquatic biologist with the U.S. Bureau of Fisheries until the early 1950’s, Carson picked up her pen initially in defense of marine life and natural aquatic habitats, winning a National Book Award with her 1951 bestseller, The Sea Around Us. However, Carson turned her interests to land-based conversation and environmentalism – with a particular focus on pesticides and other harmful chemicals – with the publication of Silent Spring in 1962.

Silent Spring, which takes its title from Carson’s bleak outlook for the natural world as a result of pesticides, documents the effects of pesticides on birds and the ecosystems they inhabit with Carson indicting the companies that produced the pesticides as turning a blind eye to the damage caused by their products. Carson also uses the book as a platform to make bold predictions about the severe consequences of these harmful chemicals on important ecosystems should they not be banned from use. 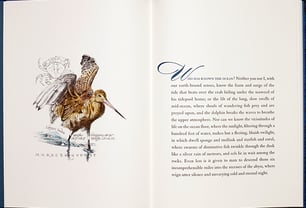 Since her book’s publication, Carson has been viewed as a seminal figure in the environmentalist movement. Carson continued to speak about and publish on concerns related to the use of manufactured chemicals, even testifying before a U.S. Senate subcommittee on policy recommendations prior to her death in 1964 from complications of breast cancer.

In a recent essay published in The Atlantic, author Barbara Ehrenreich writes:

“It’s time to revive the notion of a collective national responsibility to the poorest among us, who are disproportionately women and especially women of color. Until that happens, we need to wake up to the fact that the underpaid women who clean our homes and offices, prepare and serve our meals, and care for our elderly—earning wages that do not provide enough to live on—are the true philanthropists of our society.”

That in a nutshell encapsulates Ehrenreich’s brand of activism: a passionate and intense stance for the plight of America’s working poor. Known for her sharp wit and ability to put readers in the shoes of her subjects, Ehrenreich is probably best known for her book Nickel and Dimed: On Not Getting By in America.

The book begins as something of an experiment in economics and class structure wherein Ehrenreich attempts to subsist on minimum wage jobs for a pre-determined stretch of time. Allowing herself some safety nets or creature comforts in order to highlight the enormity of what many Americans face day-in and day-out, Ehrenreich paints a vivid portrait of the dishwashers, maids, and drive-thru window clerks she encounters with each new job as she sees up close the daily struggles of those she advocates for.

Native American author Sherman Alexie makes no bones about the issues he’s concerned with in his writing starting with the titles of his novels and short stories:

Reservation Blues
The Lone Ranger and Tonto Fistfight in Heaven
The Absolutely True Diary of a Part-Time Indian.

Growing up on the Spokane Indian Reservation in the 1970s and 1980s, Alexie’s fiction often draws directly from his experiences as an adolescent living on an Indian reservation, centering on adolescent boys who struggle with their identity daily ‘on the res,’ and the possibility of life beyond on the reservations.

Alexie’s views on the state of Native America affairs both internally and on a national stage have been well-documented beyond his fiction. In speaking with The Atlantic in 2001, Alexie discussed the fractured, contentious relationship between many of the few remaining pockets of Native Americans and the country and government in which they reside.

“The real issue is that Indians’ relationship to this country is still that of the colonized,” Alexie said. “So that when non-Indians write about us, it’s colonial literature.”

Speaking of how he portrays the Native American experience and how he hopes his writings attempt to orient readers in that experience, Alexie said: “It’s endemic to everyone’s experience. I think we’re all struggling with our identity. Literature is all about the search for identity, regardless of ethnicity.”

*Full text of Gordimer's interview with The Paris Review.