The Literary Legacy of Randolph Caldecott

One of the greatest English illustrators of the 19th century, Randolph Caldecott was born on March 22, 1846, in Chester, England. He was the third child of John and Mary Caldecott and took an interest in drawing animals at a young age. He finished school by age 15 and started working for Whitchurch & Ellesmere Bank. In his free time between clients, he would ride his horse along the countryside. These rides would spark a newfound interest in hunting, which would influence his nature drawings. Illustrated London News (1861) was the first to publish one of Caldecott’s sketches. He depicted a fire at the Queen Railway Hotel both with words and an illustration. 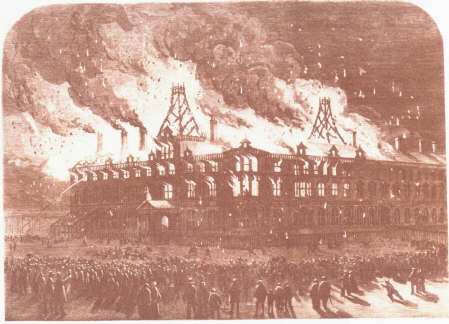 After working in Whitchurch for six years, Caldecott moved to the bank's main campus in Manchester. While working there, he took night classes at the Manchester School of Art. He had nonstop practice. He drew continually and he was published in minor newspapers.

With the help of friend Thomas Armstrong, Caldecott was placed in contact with Henry Blackburn—editor of London Society. Blackburn published his drawings, allowing him to retire from the bank at age 26, living off of the revenue he received from his illustrations. By 1874, he was a successful illustrator making commission off of his published drawings.

Caldecott remained in London for seven years, befriending poet Dante Gabriel Rosetti, cartoonist George du Maurier, and Captain Fredrick Leighton. In 1869, his work was first displayed in the Royal Manchester Institute—now the Manchester Art Gallery, and in 1876, one of his pictures was hung in the Royal Academy of the Arts.

In 1877, Edmund Evans—wood engraver with a color printer—lost Walter Crane as an illustrator. He asked Caldecott to step in and work with him on two books, which were published in the winter of 1878. The House that Jack Built and The Diverting History of John Gilpin were immediate successes and Caldecott continued to produce two books a year with Evans up until 1885, his last Christmas season. 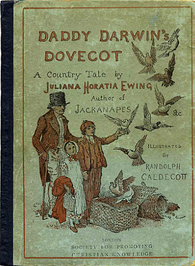 Caldecott's works with Evans became classics and were loved by many, making Caldecott the illustrator everyone wanted for their books. He collaborated with Washington Irving, Juliana Ewing and Frederick Marryat, among others.

His declining health encouraged him to travel to warmer climates during the winter. February of 1886, he toured along the East Coast of the United States with his wife. While in St. Augustine, Florida, Caldecott fell ill and passed away there on February 12. He was buried in St. Augustine and there is a headstone at his grave in his honor. 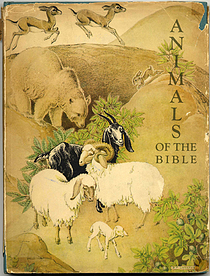 Every year, the Newbery Medal is awarded to the greatest children’s book of that year. In 1937, Frederic G. Melcher decided that illustrators should be commended for their works as well, with an award named after Randolph Caldecott. His proposition was widely accepted by the committee and the first winner of the award was Animals of the Bible in 1937.

To be eligible for the Caldecott Medal, the illustrator must be a citizen of the United States, but does not also have to be the author of the book. At first, the book could not be eligible for both a Caldecott and a Newbery, but that rule was later changed. To date, no book has won both.