Laura Ingalls Wilder spent much of her life traveling with her family as pioneers. She grew up homesteading different farms all over the Midwest. As an adult, she chronicled her journeys in the Little House on the Prairie series. Wildly popular, the children’s series and resulting television show helped romanticize the experiences of the Ingalls family. Many places Laura described in her books have been restored and can still be visited today, helping return a sense of reality to the difficulties pioneers faced.

Located in Pepin, Wisconsin and run by the Laura Ingalls Wilder Memorial Society, the museum contains exhibits of different period items the Ingalls may have used. Near the museum is the Little House Wayside Cabin. At this location, which is set on three acres of land at Laura’s birthplace, is a recreation of the cabin from Little House in the Big Woods.

Run by the Almanzo & Laura Ingalls Wilder Association in Malone, New York, this site has various artifacts pertaining to the Wilder family, including farm tools, photos, various copies of Farmer Boy, and models of the replica homestead. Also on site is the only structure featured in the Little House series still standing on its original site. The restored Wilder home is displayed as it would have been in the 1800s and features artifacts found during on site archaeological digs. The outbuildings, including the barns, pump house, and hen house, were recreated using Almanzo’s sketches. A one room schoolhouse based off of original plans from the time period can also be found on site.

3. Little House on the Prairie Museum

At this site, located in Independence, Kansas, stand several historical reconstructions of buildings from Laura Ingalls Wilder’s time in Kansas. Each building houses exhibits and artifacts. One building is the Ingalls cabin, which was constructed using specifications given by Laura. Also on site is Charles Ingalls' hand-dug well, the Wayside Post Office—which was built in 1885—and the Sunnyside Schoolhouse, built in 1871.

The museum in Burr Oak, Iowa, primarily focuses on the time between On the Banks of Plum Creek and By the Shores of Silver Lake. Visitors learn about Laura’s younger siblings and pioneer life in the late 1800s. The Visitor’s Center has exhibits on the history and restoration of the Masters Hotel, which the Ingalls family helped manage after leaving Walnut Grove.

Throughout De Smet, South Dakota, visitors are able to see various buildings from the Little House series and the cemetery where Laura’s parents, sisters, and sons are buried. The buildings available to visit include the Surveyors’ House where the Ingalls lived during the winter of 1879, the First School of De Smet that Carrie and Laura attended, a replica of the Brewster School where Laura taught, and the house Charles Ingalls built where he and Caroline finally settled. Also nearby is the Ingalls Homestead with a variety of interactive activities.

When visiting this site in Mansfield, Missouri, visitors can see both a museum and historic buildings. The Laura Ingalls Wilder - Rose Wilder Lane Museum has exhibits on pioneering history, artifacts belonging to the Ingalls and Wilders, Laura’s manuscripts, and Rose Wilder Lane’s work.

Buildings that can be visited include Rocky Ridge Farm, Laura and Almanzo’s farmhouse, and the Rock House, a more modern home Rose had built for her parents in the late 1920s. Visitors can also walk the Wilder Family Walking Trail, which is currently in the process of being restored.

Interested in learning more about Laura Ingalls Wilder? Here's an excerpt from our post about the historical accuracy of her work:

Historical Accuracy of Little House on the Prairie

"A long time ago, when all the grandfathers and grandmothers of today were little boys and little girls or very small babies, or perhaps not even born, Pa and Ma and Mary and Laura and Baby Carrie left their little house in the Big Woods of Wisconsin."

One of the most beloved opening lines in children’s literature comes from Laura Ingalls Wilder’s third book in the Little House series, Little House on the Prairie. It details the experience of a northern family’s migration in their covered wagon and working the land they eventually call home. From Wisconsin to Kansas to Minnesota, the Wilder family embodies the pioneer spirit carried by many in the late 1800s. 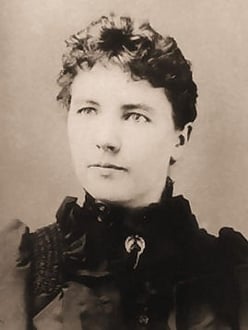 The Little House series has stood the test of time, and continues to enchant young readers today. One question that may come to mind, whether you are opening these books for the first time or revisiting, is whether or not Wilder’s portrayal of frontier life is historically accurate.

Before Wilder wrote the Little House on the Prairiebooks, her intention was to write a memoir called Pioneer Girl. The book was not well received by publishers, and Wilder eventually decided to reformat her memories into a children’s series. Since the story was originally autobiographical in nature, one can be confident that the setting and characters remain very true to reality. Read more >>