The standard details about Arthur Miller’s life are well known. He was married to Marilyn Monroe. He testified before the House Un-American Activities Committee (and was convicted of contempt of Congress). He wrote Death of a Salesman, considered by some t0 be the great American drama. But there is much more to the life and work of this most American of American dramatists. 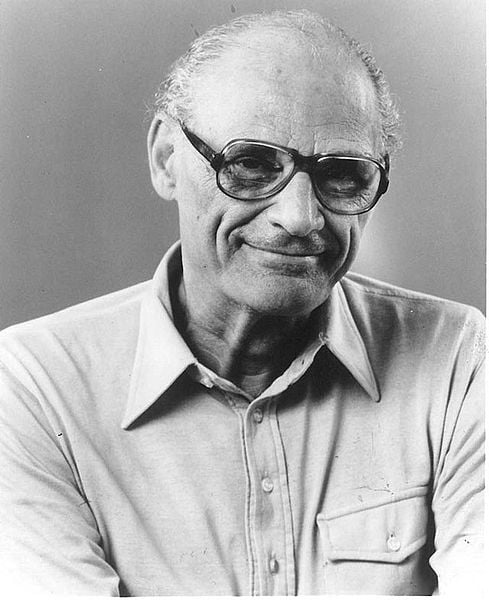 Arthur Miller was born in 1915 in New York City to Polish-Jewish parents. His father was a prosperous garment businessman, but the family fell on hard times with the Great Depression. Soon, the young Miller would drift from his athletic obsessions to becoming a writer. Below are some notable facts about an indispensable American author.

He got a precocious start

Arthur Miller wrote his first play, No Villain, over spring break as a sophomore at the University of Michigan. (Accounts vary: in a Paris Review interview, Miller claimed he wrote it in six days. His biographer Neil Carson put it at six weeks.) Written to win a contest, the play tells a story of a family much like his own, of a young son and his business-owning father during a garment strike. Miller won the $250 grand prize, and had all the encouragement he needed to continue writing.

In the days before air conditioning, urban heatwaves were uncomfortable, and occasionally deadly. In a piece published in The New Yorker aptly titled Before Air Conditioning, Miller reflected on the experience of surviving heatwaves in his youth in the 1920s.

...[O]n 111th and farther uptown mattresses were put out as night fell, and whole families lay on those iron balconies in their underwear ... With a couple of other kids, I would go across 110th to the park and walk among the hundreds of people, singles and families, who slept on the grass, next to their big alarm clocks, which set up a mild cacophony of the second passing, one clock's ticks syncopating with another's. Babies cried in the darkness, men's deep voices murmured, and a woman let out an occasional high laugh beside the lake.

He was a carpenter

In an almost preening appearance in the Paris Review, interviewers met the playwright on his Roxbury, Connecticut, estate in 1966. They first encountered Miller as he hammered away on his latest project: converting a barn into a guest house. Other eccentricities of his country living space included a microphone dangling from the arm of a lamp, as well as a rifle at the ready for any fowl or rodents who happened to pass by the window. 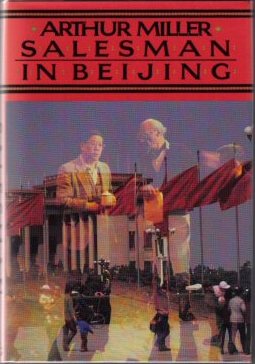 He held many jobs

With his family’s wealth wiped out by the crashed stock market, Miller was thrust into the workforce in high school. To save up for college, he took up gigs as a radio singer, a truck driver, and a clerk in an automobile-parts warehouse. Even in his University of Michigan days, he subsisted on the $15 a month he earned from washing dishes and tending to lab mice.

He had a peculiar family life

It is not so surprising that Arthur Miller, who married the feminine icon of his time and had that same marriage dissolve on a movie set shortly before her death, would have had his fair share of domestic turbulence. His son Daniel, born to him and his wife, the photographer Inge Morath, in the '60s, had Down syndrome. Miller insisted on giving the child up to state care facilities, in part to preserve happiness for his beloved daughter, Rebecca, and for further reasons of a deeply pathological character. The extent of the drama was examined in a lengthy Vanity Fair feature shortly after the author's death. His daughter Rebecca, for that matter, is a successful independent filmmaker who met her husband, the actor Daniel Day-Lewis, on the set of the film adaption of her father’s play, The Crucible. All four of Arthur Miller's children, per his will, received an equal share of his estate.