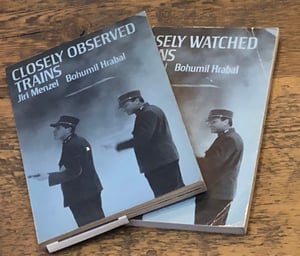 Given the rich cinematic history of Los Angeles, it’s not surprising at all that many used and rare bookstores have some exciting film books for sale. The first shop we’d absolutely mention—and we loved it so much that we feel like it makes sense to mention it, still—is Alias Books. This store went out of business in 2017 after nearly 60 years in business. Indeed, the store originally opened in 1959 and had a vast selection of literature, art books, and cinema books. Over the years, we’ve found some great screenplays there, as well as books on film. Why are we mentioning a store that’s no longer in business? There’s some good news: Alias Books has a sister store that’s still very much open for business. The sister store, Alias Books East, continues to stock fabulous books on art and design, as well as books on cinema. This store often has particularly good offerings on French new wave cinema and American experimental film.

Our other very favorite bookstore in the Los Angeles area for film book browsing is Iliad Bookshop in North Hollywood. The store has an enormous film section, and it has a wide variety of film books and ephemera. Are you looking for a copy, for instance, of Cameron Crowe’s Fast Times at Ridgemont High, which led to the film of the same name directed by Amy Heckerling? Well, Iliad Bookshop had one in stock recently. Are you looking for copies of both the British and American editions of the screenplay for Jiří Menzel’s film Closely Watched Trains (1966), the cinematic adaptation of Bohumil Hrabal’s novella of the same name? We saw them side-by-side in Iliad Bookshop. One of the things we love about this store is that you never know what you’ll find. And the store has a wide variety of other genres for those interested in books outside the film world.

Are you also hoping to seek out film-related books in one of the most unbelievable bookstore spaces in America? Los Angeles has what you want: The Last Bookstore. This space, located in downtown L.A., is something out of a book lover’s dream. Multi-story-high ceilings and balcony walkways allow shopper to look down over the columns interspersed between stands of used and rare books. At one time, quite long ago, the building was a bank. Now, we can say with certainty, it’s a vast depository of books and book art, including a “book arch” over an upper-level walkway. This shop also sells vinyl records. 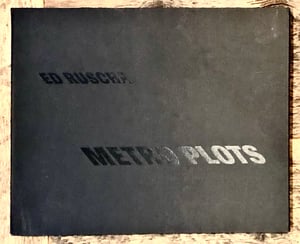 The Los Angeles art book scene! The shops we mentioned above, in addition to film books, also have a great selection of art books. But we needed to create a separate section to tell you about our two favorite art bookstores in Los Angeles.

Next, Arcana: Books on the Arts is one of the best places in the country to locate those hard-to-find art books you’ve been searching for. In particular, the shop specializes in out-of-print books. This store has been open since 1984 and used to be located in Santa Monica. A little less than a decade ago, it moved to its new location in Culver City. Now, the store boasts much more space—and more room to browse! We love both Hennessey + Ingalls and Arcana: Books on the Arts because both shops eagerly welcome browsers and buyers alike, and are happy to let you look through their holdings with care. If you’re looking for art books tied to the Los Angeles art scene, you’ll be especially happy with Arcana. The store has a wide variety of books from West Coast artists, including a number of Ed Ruscha first editions.

Book Fairs in and Around Los Angeles

New York’s Printed Matter presents the LA Art Book Fair each year, which has an incredible variety of artists’ books, zines, monographs, and other printed materials. It’s often billed as the companion to the New York Art Book Fair, and it gives many different artists and writers an opportunity to introduce new readers and collectors to their work.