Edna St. Vincent Millay was hailed for her ability to compose moving poetry on subjects varying from politics and nature, to the rebellion of youth. She began her writing career at a young age and quickly rose to fame in 1912, when her poem “Renascence” was first published. Her beautifully written poetry and plays captivated audiences and indisputably displayed her talent, which would honor her in being the first woman to win a Pulitzer Prize.

In the spring of 1936, Millay began working on a new piece, a play in blank verse called Conversations at Midnight. Meanwhile, she travelled to Sanibel Island, Florida, where she was able to relish in the warmth and change of scenery. However, while she was on the beach looking for seashells, the Palms Hotel caught fire and burned to the ground. Her manuscript was destroyed along with the hotel. Devastated, Millay returned home to Steepletop, where she would begin to rewrite the play from memory. The complete second draft, including revisions and new additions, was published in 1937.

The idea of having something so precious being lost or destroyed is quite terrifying, although not uncommon. Millay is not the only author to suffer a destroyed or lost manuscript.

Our beloved inventor of the Emerald City and Great Wizard of Oz stirred an amount of inspiration and fame that he could have never imagined. However, many people do not know that his Oz series make his true passion—writing novels for adults—nearly impossible. He wrote eight adult books during the late 1900’s, but only four of them were published due to financial problems.

Hardly anything is known about the books, except for their names. No one ever knew these other novels existed until researchers found notes of the novels; no manuscript has ever been found. No one can be sure as to what happened to these novels. Many people believe his wife destroyed them after his death, though for what reasoning remains unsure.

Alice in Wonderland and Through the Looking-Glass author Charles Dodgson, better known as Lewis Carroll, kept a personal journal where he would jot down ideas as they revealed themselves to him 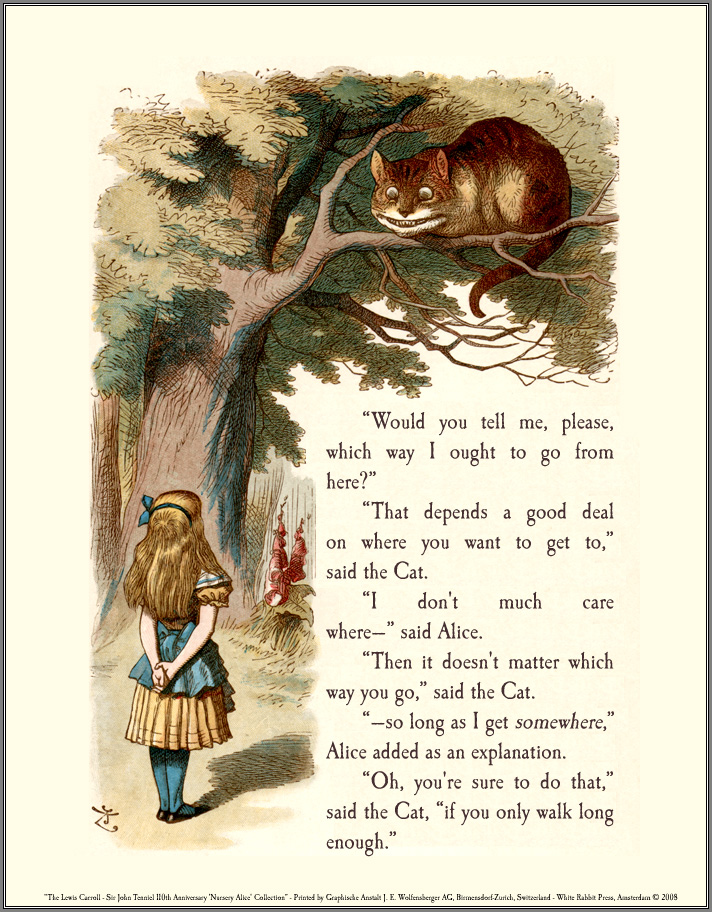 —both information and situations that occurred in daily life. Carroll only wrote on the right-hand side of the book, leaving the left side for notes during later reflection. His journals are comprised of thirteen volumes, not including any childhood journals, ranging from the years 1855 and 1897.

When Carroll passed away, his belongings were left to the CL Dodgson Estate, which had access to all his journals. His nephew and appointed biographer Stuart Dodgson Collingwood is presumably the last person to have all thirteen of these journals. Since the journals were put into Collingwood's hands, four volumes have gone missing. Several journal papers also seem to have been removed.

However, researchers believe that Lewis cut the pages out himself, for there is no break in his writings suggesting otherwise. Collingwood insists that he never received a complete set of Carroll’s journals, but this cannot be true because he quotes the four missing journals in his biography of Lewis Carroll, The Life and Letters of Lewis Carroll. There are numerous reasons as to why Collingwood or other family members would want to get rid of the accounts, namely for family privacy or security, though many do not find that excuse acceptable.

Illustrious poet and author of The Bell Jar, Sylvia Plath is easily identified by her emotional honesty and confessional style of poetry. Many are familiar with her manic depression in addition to the effect her failing relationship with her husband, Ted Hughes, had on both her poetry and personal life. Infidelity, most notably Hughes’ relationship to Assia Wevill, became the center point of Plath’s second novel, Double Exposure. By 1962, in letters to her mother and to her friend, a second novel is confirmed with at least 130 pages—more could have been written, even finished, since her last mention.

However, Plath died in 1963 before her divorce was finalized, leaving Hughes as proprietor of Plath’s unpublished writings. Although Hughes posthumously published her poetry collections and journals, the journals were heavily edited, and those from the last three years of her life were destroyed. Plath's second novel, Double Exposure has not been found. Hughes’ reasoning behind having burned several letters and her late journals was to protect her children from viewing their mother in any way but through a positive light.

Given the couple’s tumultuous relationship, it is also very plausible that Hughes destroyed these writings for a more selfish reason, as Plath surely did not portray him very positively. Hughes has publicly come forward saying that the second novel was lost, and after Aurelia Plath, Sylvia’s mother, passed, he accused her of stealing the manuscript. Legend has it that the Rare Books Department at Smith College has a secret copy of Double Exposure under lock and key, but who can ever know?

Mastermind of horror Stephen King astounds readers with his novels time and time again. The Shining, one of his greatest and most terrifying novels, strike closer to home than readers know. When King finally determined the plot of his story, he originally wanted to style it in the form of a Shakespearean tragedy. But the history of the hotel

and its inhabitants were so rich--and so difficult to incorporate into a play--that King felt compelled to write a prologue and epilogue for extra background information.

His prologue, Before the Play, was broken down into five sections: The construction of the Overlook Hotel, Lottie Pillsbury’s stay at the hotel, the Grand Masquerade Ball, Jack Torrence’s broken arm caused by his father, and the mob hit in the presidential suite of the Overlook. Eventually, the story molded back into a novel format and due to financial issues, King had to eliminate the prologue and epilogue from publication.

Before the Play was later featured in Whispers magazine in 1982. Following its feature, 376 hardback covers were released and 26 were autographed. Needless to say, these are very rare and extremely hard to come by. After the Play, was never published, however, and since has disappeared. An unknown source has commented that the epilogue was sold in an auction during the 1990's, but no one can corroborate this rumor.