For a contemporary novelist, becoming a household name is not easy. A Man Booker Prize (of which Ian McEwan has been a recipient) may not do it. Nor, indeed, may a prominent spot on TIME’s list of the 50 best British authors since 1945. Surely, then, we must attribute Ian McEwan’s name recognition at least partially to luck, and more than a little bit to a well-respected film adaptation of his critically acclaimed novel Atonement (2001). But a reputation like McEwan’s can’t be built on luck alone. Rather, it must be built on a strong foundation of literary acumen, pieced together, in McEwan’s case, from a well-trained ear for language and an uncommon sense of urgency. It is lucky not just for Ian McEwan but for the community of readers that such well wrought fictions reach a wide audience.  Here are five interesting facts about the acclaimed author. 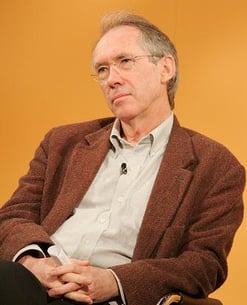 Before his first novel, The Cement Garden (1978), McEwan published a number of short stories across two collections (First Love, Last Rites (1975) and In Between The Sheets (1978)), most of which were in a particularly sparse, Gothic vein. The darkness of his early pieces coupled with the reading public’s love of puns earned McEwan the nickname ‘Ian Macabre.’ In recent years, he has expressed his ambivalence about the nickname.

2.) He inspired Thomas Pynchon to break his silence.

Even those who haven’t trudged through thick Thomas Pynchon tomes like Gravity’s Rainbow (1973) and V. (1963) know something of the reclusive author’s reputation for reticence. In a rare feat following a controversy in which McEwan was accused of having plagiarized in his novel Atonement, Pynchon departed from his usual radio silence to voice his support forMcEwan, arguing that borrowing details from other works (especially in the course of writing historically-minded fiction) was commonplace among authors. 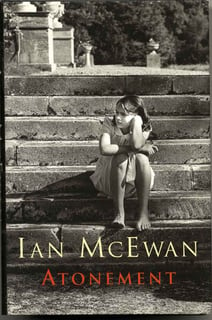 Though his 2010 novel Solar, about a Nobel prize-winning scientist searching for a solution to global warming, has humorous elements, McEwan has rebuked those who’ve suggested that it might be a comic novel. He added that comic novels are “like being wrestled to the ground and being tickled, being forced to laugh.”

The environment isn’t simply fodder for McEwan’s novels, it’s an issue that hits very close to home for the British wordsmith. The author has recently joined the 10:10 movement, which calls for immediate reduction to carbon emissions, 10% at a time. The project aims to demonstrate public support for environmental measures by encouraging participants to reduce their own carbon footprints.

5.) He stood on the shoulders of giants.

A writer’s early publications can be crucial in establishing his or her reputation. Luckily for Ian McEwan, then, one of his earliest published stories was in an issue of the New American Review that also featured Philip Roth, Susan Sontag, and Günter Grass. Not only was he published alongside them, his name appeared amid theirs on the cover of the magazine. Not bad for age 23.