The Cold War was an era clouded by persistent paranoia, not only between the United States and the Soviet Union. When it came to its own citizens, the U.S. government was, in some cases, just as fearful as it was about foreign threats—especially when it came to the Hollywood crowd. Indeed, in October 1947, members of a congressional committee, the House Un-American Activities Committee (HUAC), began investigating members of the movie industry who they suspected were communist sympathizers. They banned the work of 325 screenwriters, actors, and directors*. Among those blacklisted were composer Aaron Copland, writers Dashiell Hammett, Lillian Hellman, and Dorothy Parker, playwright Arthur Miller, and actor and filmmaker Orson Welles.

The Creative Environment During the Cold War

The term McCarthyism came out of this period and is now used more broadly to describe unfounded accusations of one group or political party against its opponent, particularly in discussions of patriotism and integrity.

In the 1950s, anyone suspected of communist sympathies was thoroughly investigated with no mind paid for the personal damage such an investigation may have caused. During this time, there were few in the press willing to stand up against Senator Joseph McCarthy and the anti-Communist hunt he led.

In 1950, ten individuals, known as the Hollywood Ten, defied HUAC and refused to cooperate with the investigation. They cited the actions of the committee as a violation of their civil liberties, as the First Amendment to the U.S. Constitution afforded them the right to belong to any political organization. The men were sentenced to a year in jail, although one of the Hollywood Ten, Edward Dmytryk, decided to cooperate with the government and provided the names of more than 20 in Hollywood he alleged were communists**.

In response to this period of intimidation, playwright Arthur Miller penned some of his most notable works, including The Crucible (1953), an interpretation of the events that occurred in 17th century Salem, Massachusetts, where twenty innocent people were executed for witchcraft.

The way in which Miller paralleled the witch trials with the era of McCarthyism earned him a seat in front of HUAC. He was convicted of contempt of Congress for failing to name names of communist sympathizers; however, his conviction was later overturned. Nevertheless, the experience continued to impact the playwright and his later works.

In The Creation of the World and Other Business (1972), Miller is inspired by the Book of Genesis and its themes of good versus evil; however, he gives a comedic rendition in The Creation wherein God is powerful but lacks intelligence. 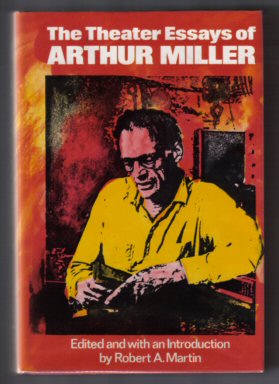 In the Incident at Vichy (1964), Miller explores human nature, guilt, and fear while depicting how the Nazis orchestrated the Holocaust without much resistance.

To better understand Miller and his thought process, it is helpful to look to The Theater Essays. In the work, Miller discusses the roots of modern drama and the state of contemporary theater with reference to other notable writers such as Ibsen, Chekhov, and O'Neill. He also compares attitudes toward theater in Russia, China, and the United States.

In short, Arthur Miller is one of the most important playwrights of the 20th century whose work often reflected the oppressive nature of the contemporary state, especially during McCarthyism. In an era of fear and intimidation, Arthur Miller stands out as someone who wasn't afraid to write his conscience.