Few characters have captured our imagination like Bram Stoker's Dracula - the fearsome figure who makes frequent appearances around Halloween. However, Stoker's depiction of Dracula wasn't quite accurate, and neither are many interpretations of the character that we find today. 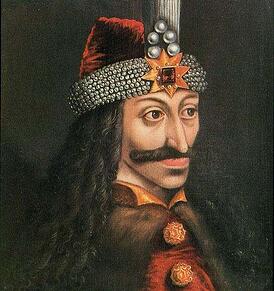 Was there a real vampire roaming the streets in the 15th century? Not quite – but Bram Stoker’s famous gothic novel, Dracula, did have some real-life inspiration from a particularly cruel Hungarian prince in history. Vlad III was often referred to as Dracula, a name given because he was the son of Vlad II Dracul. After he died, he acquired another nickname that more thoroughly spelled out the terror of his temper: Vlad Tepes, or Vlad the Impaler.

During the reign of his father, Dracula received an excellent education that ranged from combat lessons to classical arts. When his father and brothers were assassinated, he was briefly put on the throne, but it wasn’t long before Dracula fled to live with his uncle in Moldavia during an Ottoman invasion.

In 1456, Dracula returned to Wallachia and reclaimed his throne. At this point, the region was in tatters. The economy had been destroyed, most of the citizens lived in poverty, and crime was rampant. Dracula vowed to strengthen his country again – no matter what moral boundaries he had to cross to succeed.

Hoping to secure his throne, and seeking revenge on those who he believed had destroyed his country, Dracula began his first round of executions. Impalement – Dracula’s favored form of capital punishment – would someday become his namesake.

Because of Dracula’s link to Bram Stoker’s work of fiction, many far-fetched tales now surround this historical figure, usually featuring him drinking the blood of his victims. While these tales are unlikely, Dracula did kill tens of thousands of people during his reign. Along with impaling his victims, Dracula also tortured and maimed those who displeased or threatened him.

Some of Dracula’s victims were worked to death during his effort to rebuild Wallachia. One account tells of the prince calling together a group of nobility for an Easter meal. Dracula was very intentional with his invitation list. As guests ate and drank, he was assessing their age and strength. The old and sick were murdered on the spot. The stronger guests were then captured and taken to an old castle that they were forced to restore. Working conditions were harsh, and many died during the process.

Bram Stoker wasn’t the only writer drawn to this dark character. Several poems feature Vlad the Impaler, written both before and after Stoker’s Dracula. Surprisingly, many of these poets idealize Dracula as a symbol of independence and freedom, while others focus more on the bloodthirsty personality that better suits a vampire than a political hero.

Thanks to the novel's incredible power over our imaginations,  it's no surprise that rare book collectors build entire personal libraries around Dracula and Bram Stoker. Known for being incredibly secretive, Stoker left few records of his own life behind, though he did write a wealth of well-regarded theater reviews and numerous less impressive short stories.

In 2007, the Centipede Press produced one of the finer publications of Dracula in recent history. Designed by Jerad Walters, the Centipede Press edition of Dracula is composed in Janson and printed on Mohawk Superfine paper. The oversize edition features all the usual trimmings of the Centipede Press: printed silk panels, head and tail bands, ribbon marker, and a two-color cloth slipcase. Only 525 copies were published. Included are also three short stories by Stoker: the fugitive "Dracula's Ghost," and Stoker's best regarded stories "The Judge's House" and "The Squire."