Many university presses across the country publish poetry collections, but few university presses are as notable for their poetry publications as Wesleyan University. The Wesleyan University Press began its work in 1957, and although it focuses on a relatively broad range of subjects—from poetry to music and dance to Connecticut history and culture—it is perhaps best known for its important contributions to new poetry and poetics. As the press explains, it has “published an internationally renowned poetry series, collecting five Pulitzer Prizes, a Bollingen, and two National Book Awards in that one series alone.”

What books from the press should you seek out for your poetry collection?

History of Publishing Poetry in Middletown 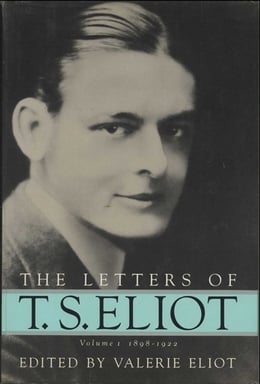 After the Wesleyan Poetry Series began, it had some notable names attached to it. According to an article in The New York Times, T.S. Eliot once served a “a roving editor for the poetry series,” which is “evidenced by a page of scrawl in a yellowed notebook kept in its offices.” Indeed, the Wesleyan Poetry Series Editorial Board met with T.S. Eliot and his wife on December 16, 1963.

Since its inception, it has published well-known poets like Jean Valentine, as well as the Pulitzer Prize and National Book Award Winners.

Our favorite Pulitzer winners from the Wesleyan Poetry Series is Yusef Komunyakaa, whose 1994 poetry collection Neon Vernacular: New and Selected Poems won the Pulitzer that year. Wesleyan University Press has published additional works of Komunyakaa, including Copacetic (1984), I Apologize for the Eyes in My Head (1986), Dien Cai Dau (1988), Magic City (1992), Thieves of Paradise (1998), Pleasure Dome (2001), and Gilgamesh (2006). Other Pulitzer winners from the Wesleyan Poetry Series include James Tate, James Wright, and Louis Simpson. In 1983, Charles Wright won the National Book Award for Country Music: Selected Early Poems. This was his fifth book of poetry published by Wesleyan University Press.

In total, the Wesleyan Poetry Series published between four and six books each year. If you’re in the market for a new collection of poetry to read, or if you’re interested in adding new works by a favorite poet to your collection, we have some recommendations for you.

In 2011, Wesleyan University Press published M. NourbeSe Philip’s poem Zong!. We think you should read this book-length poem, but we mention it largely because, in 2015, the Wesleyan Poetry Series released Philip’s She Tries Her Tongue, Her Silence Softly Breaks. Press for the book describes it as “an extended jazz riff running along the themes of language, racism, colonialism, and exile.”

This year also saw the release of the bilingual edition of The Complete Poetry of Aimé Césaire, translated by Clayton Eshleman and A. James Arnold. The book includes “translations of first editions of the poet’s early work, prior to political interventions in the texts after 1955, revealing a new understanding of Césaire’s aesthetic and political trajectory.”

These are just a couple of examples of books published recently in the Wesleyan Poetry Series. Select others include Rae Armantrout’s Partly: New and Selected Poems, 2001-2015 (2016), Robert Fernandez’s Scarecrow (2016), and Ted Greenwald’s The Age of Reasons: Uncollected Poems 1969-1982 (2016). We recommend exploring all that the press has to offer, particularly if you’re interested in reading and collecting more poetry.