The first snowfall of the year, the anticipation of Christmas, the wealth of holiday traditions: the end of the year is filled with opportunities for joy and fascination for the young (and young at heart). It’s no surprise, then, that the list of Caldecott award winners is filled with winter tales. It’s the perfect time of year to snuggle up with loved ones and read a book, so here are some classics to enjoy, from The Polar Express to The Big Snow. 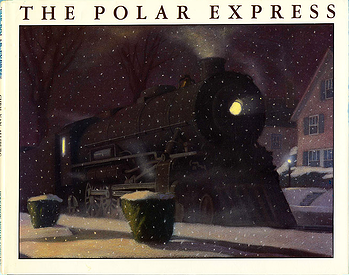 1. The Polar Express: Writer and illustrator Chris Van Allsburg was awarded his second Caldecott medal in 1985 for this charming Christmas tale (the first for Jumanji in 1981). A boy is pulled aboard a train bound for the North Pole, where he gets to receive the first present of Christmas that year. He chooses a bell from the reindeer harness, which can only be heard by those who believe in Christmas. This enduring classic is a testament to childlike wonder and delight no matter your age.

2. Duffy and the Devil:  Harve and Margo Zemach adapted this 1974 Caldecott winner from a play popularly performed in Cornwall around Christmastime. The story is a version of the Rumpelstiltskin folktale and flows with a light-hearted, jovial spirit mirrored in the pen-and-wash illustration style.

3. Baboushka and the Three Kings: Nicolas Sidjakov won the 1961 Caldecott for his bare, beautiful illustrations, reminiscent of stained glass and Byzantine art. The story derives from a Russian Christmas folktale retold by Ruth Robbins. An elderly woman, Baboushka, is visited one night by the three kings in search of the Christ child. She tries to follow them the next morning, bearing gifts of her own, but when she is unable to find the kings, Baboushka hands out her gifts to the local children. 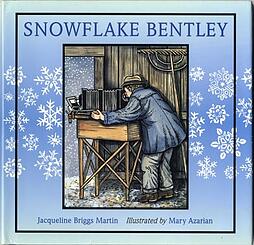 4. Snowflake Bentley: The life work of Wilson Bentley, who sought to photograph individual snowflakes for scientific study in the late 19th century, is presented in this 1999 Caldecott winning picture book by Jacqueline Briggs Martin and Mary Azarian, illustrator. The nonfiction narrative encourages exploration, scientific discovery, and an appreciation for the beauty of nature in young readers. Azarian’s gorgeous woodcut illustrations pair perfectly for a wintery read.

5. Nine Days to Christmas: Five-year-old Ceci anxiously awaits the chance to choose the piñata at her family’s posada, or Christmas party, in this 1960 Caldecott winner by Marie Hall Ets and Aurora Labastida. Although modern readers could be ruffled by period details, Ceci’s story has stood the test of time for its graceful depiction of the excitement of childhood at Christmas. 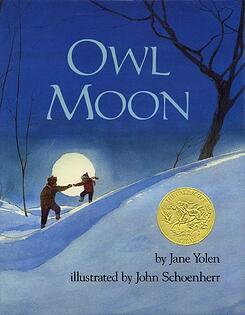 6. The Snowy Day: Ezra Jack Keat’s groundbreaking 1963 Caldecott picture book was the first to feature an African-American child as protagonist. The child, Peter, explores his Brooklyn neighborhood after the first snowfall of the year. The sparse text and collage art style have helped the book transcend time and become a true classic.

7. Owl Moon: A father and daughter venture into the snowy nighttime to go owling in this book from author Jane Yolen and illustrator John Schoenherr. The watercolors that earned the book its Caldecott award in 1988 invite you to read in hushed tones and huddle close, making it an ideal picture book for cozy nights at home.

8. The Big Snow: All the forest animals get ready for the coming of winter in their own ways in the 1949 Caldecott winner by Berta and Elmer Hader. The illustrations highlight the natural beauty in the forest with just enough personification of the animals. This lovely picture book leads a child through the changing seasons and showcases how humans can help animals survive the winter.

9. White Snow, Bright Snow: The oldest winter book to win a Caldecott medal (in 1948), the story was written by Alvin Tresselt and illustrated by Roger Duvoisin. Filled with nostalgia for the days of wooden sleds and Christmas cards delivered by postmen, this charming story will wrap readers in comforting and lyrical text to await the coming of spring.